REVIEW – RIDE is Milestone’s latest game. This time, they didn’t go for a licensed game of a world championship and went for several kinds of motorcycles instead. It’s sad that they barely managed to build on the fundamentals…

I already expected that I will not have an easy thing with the latest Milestone game. My fears became real, plus my patience was tested by RIDE

and not in the expected way. For me, the last decent Milestone game was WRC3, but why am I disappointed in this one?

Changing categories and my thoughts – especially during load times…

My initial thought was „this game is loading a lot” I push the Options button, load screen. Loads up the Yamaha DLCs (first day DLC, wonderful), another load screen and we already hit the one minute barrier. And that’s not all, before the races it gets even better: it loads your bike in, press a button and then you get to see another load screen! What is the point of that? Let’s just say that RIDE

loads… a lot. A LOT.
And when I saw that the first time will have that usual narrator help in the menus, I knew the menu layout will be exactly the same as it was since 2012. Creating my rider from given presets, with ridiculously looking hair. Excellent.

Question, do you want to play the tutorial? After playing MotoGP14, clicked No by reflex. Main menu comes in, yep, same as usual. But the main meat of the game lies within the categories and credit where due on this. Naked bikes in middle- and heavyweight, supersport, classical and modern superbikes, pro circuit (endurance, Grand Prix, street races, et cetera), premium events (duels, egzotic and electrical bikes, 2-stroke versus 4-stroke, etc), open races limited to marque and horsepower. There are lots of races, but…

Easily on the top

…but there is absolutely no point in going into everything. My personal experience was that ONLY maxing out the wins in the middleweight naked bike category (all categories have subcategories with usually 5 or 7 events), I got roughly 450 thousand reputation points when the first place requires half a million. On top of these, there are elite trophies, which only unlock if we reach certain positions on the rep chart and finish on the podium on the prevous elite event – winning these will let us choose a free, so-far-locked bike and the other bike will turn to purchasable. Eight elite races, and the last one opens up when we reach the first spot on the toplist. I won this and I stopped playing the game in-depth right there.

Why? Because getting that race done despite not going much into the other categories makes the whole world tour (aka the career mode) ridiculous. The lack of story and receiving absolutely nothing after winning the 8th elite trophy just tops the cake. No staff roll, go back and race more. That isn’t motivating me to keep going, in fact, getting there started to feel like a chore. I think Milestone has lost its grip here, but at other segments, they flipped out royally… But actually, Milestone seems to be okay with the physics. It still lets you see the proper racing line, allowing you to control both the front and the rear brakes simultaenously, brake assistance, difficulty level, amount of rewinds… The game still has challenge for both pros and amateurs, giving that sweet slice of success for everyone.
But what about the races? If your bike isn’t maxed out (another update… returning from khm khm, WRC3, where I saw this tuning for the last time – this will be included in MotoGP15 too), then we have a challenge lined up, but if you find the good rhythm on the track – and don’t just think of Grand Prix circuits! -, you will have one hand on that gold trophy. Don’t really bother shortcutting, the game will relentlessly give you penalties, sometimes giving you 0.5, or in worse cases, a whole second penalty. It was funny to see that after I bailed just before a chicance, I got penalized for my lonely bike running through the chicane!

But wait, tuning? Yes, this is a returning thing after two and a half years. From the suspension through the brakes and the engine, you can push your bike’s performance up quite nicely, but I don’t think it’s realistic to see the same price tag for a naked bike part and an old superbike part. The prices are standardized. Sure, there will be 100k credit bikes that only allow you to change the oil, but speaking of those prices…

The most expensive bikes barely cross the six digit price tags. A race victory usually nets you 10k. If you replay an already won event, then you will only get usually 1/5 or 1/10th the amount of credits and reputation – it’s a good solution to avoid grinding, but as I said previously about the reputation, it’s not worth anything… You will get a new bike’s price lined up very quickly, in fact, I never had to sell any of my bikes and I barely had to buy new ones. Cash-strapped? Only in the beginning.

Another positive thing is that there are other genres in the game. Sure, most of the time you will participate in races, but sometimes you will see a three-round drag race, a three-round championship (for triple prices), a duel, a race against the clock or an overtake adrenaline rush.
My personal favourite was the overtaking races. In a given amount of time, you have to pass a certain amount of riders, but every successful pass extends your time with three seconds to keep going. The team races are also interesting – it needs two riders to win. But it’s annoying to see new team-mates available only after winning elite trophies – the first two are barely able to hit the top 10. It was really good to see myself winning a race by 7 or 8 seconds (North Wales!), and then lose the event, because my team-mate finished 12th. That’s 29 points while the AI’s team comes home 2nd and 4th, grabbing 33 points. Thanks a lot… Looks good… and not

The game is interesting in terms of graphics. At some places, it’s between the PS2 and the PS3 (nice sight to see the billboards scale the ads up nicely visibly), yet our bikes look phenomenal, making a weird mixture to see the terrain look average at best, while the bike looks fantastic. We won’t look around a lot though, unless we bail.

And now for the worst part. Until Milestone patches the game up, I DO NOT RECOMMEND BUYING IT. I don’t think you’d like to see that after playing two hours at night and then booting up the game again next day only to see your save corrupted, when you are forced to either completely delete your save or continue with no saving. This is how it looks in action:

And this happens on the PC too: Steam has lots of complaints about this happening. This is absolutely pathetic to see the game released with this bug, which lies above your head as the sword of Damocles all the time while you play. I was sad to see that this save corruption popped up already at the DLC loaded screen after reaching position 1 on the toplist! I lost my results and reputation, but my bikes and money were kept, LOL!

The audio is also bugging out. Sometimes the AI bikes were way too loud, at other times they had no sound and it wasn’t muted by the nice addition of the background music either. Oh yeah, the bike audio is average at best, and this applies to the background music too, it’s not memorable.
The bails are still unrealistic, you still teleport back on your bike after three seconds and this applies to the AI riders too. Road Rash, Electronic Arts, 1991 – you had to run to your bike already back then, and your bike could have been totaled after a few bails… but not in this game!

Only if it is fixed

Online? “Not available, try again later” I couldn’t try it out. The RIDE

game is terrible in its current state. Saves getting corrupted, audiovisuals are average, the world tour mode is a chore after a while, it is not necessary to enter most categories to reach the top, no story, no damage. Our team-mates are not designed out that much, making it sometimes depend on our luck to win and not on our skill, especially if you have no new guys to pick from due to low rep and low positions. This is disappointing and it makes me wonder what Milestone can even do in three months until MotoGP15 out. The game feels like a slightly reskinned MotoGP14.

Despite giving a chance to win for everyone, having lots of tracks and bikes, the game is basically unfinished. You shouldn’t release game like this, but even Ubisoft did it with Assassin’s Creed: Unity. So if it’s priced for 20€ or so, then I might say give it a try, hopefully Milestone fixes the save bug by then. Currently the game is a catastrophe, a frustration. If the save would have been kept, my final score would start with a 6 and not a 5…

+ New, tunable bikes and new tracks
+ RIDE has some style after all
+ Success for everyone

REVIEW - RIDE is Milestone's latest game. This time, they didn't go for a licensed game of a world championship and went for several kinds of motorcycles instead. It's sad that they barely managed to build on the fundamentals... I already expected that I will not have an easy thing with the latest Milestone game. My fears became real, plus my patience was tested by RIDE and not in the expected way. For me, the last decent Milestone game was WRC3, but why am I disappointed in this one? Changing categories and my thoughts - especially during load times... My…
RIDE – This bike crashed
RIDE – This bike crashed
Herpai Gergely (BadSector) 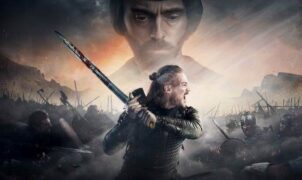