Is Michael Keaton Finally the Vulture in Spider-Man: Homecoming? 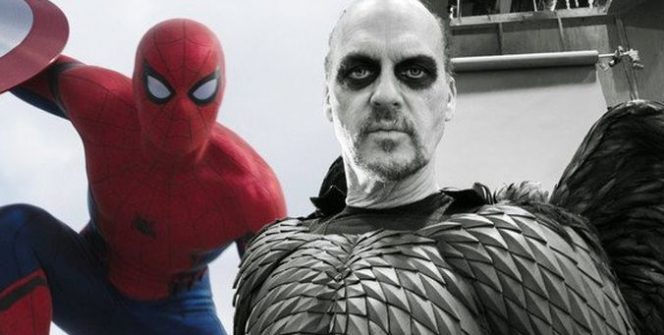 MOVIE NEWS – This Michael Keaton business is getting funnier and funnier. It was reported some weeks ago that he might play in the next Spider-Man movie, then later it was refuted, and now it seems, that the actor who played Batman in 1989 will finally be the Vulture in Spider-Man: Homecoming.

At least that’s what Director Jon Watts tweeted yesterday and without a word pretty much said Michael Keaton is in the new Spider-Man.

Now, that Captain America: Civil War is out, and Doctor Strange has finished its production as well, all eyes are on Marvel Studios slate of 2017 releases, and information about Spider-Man: Homecoming has been finally starting to pour in, though most of it has been rumors up until this point.

We’ve known for quite some time that Cop Car director Jon Watts would be directing the first Spidey solo film that would be part of the Marvel Cinematic Universe, and the director took to Twitter yesterday to seemingly confirm some long rumored and much-welcomed news. If the director’s tweet may be believed, it seems that Michael Keaton will indeed be the villain in Homecoming.

Though the director didn’t use any words in his Tweet, that gif said more than his words ever could have. Knowing how Marvel is with their reveals, it would be very unlikely that this Tweet is anything but a fun form of confirmation that the Oscar nominee is joining the MCU. This isn’t from the first that we have heard of Keaton flirting with the role in Spider-Man: Homecoming, though. Recently, reports were circulating that Keaton was being pursued by Marvel Studios and Sony to take on the role of The Vulture, but talks fell through after an offer was made and other actors were being sought. However, as luck would have it somehow, someway Keaton has come back around, and it is looking like he’ll be back in a big superhero franchise.

When initial talks fell through with Keaton for the role in the film, it was presumed that either the actor simply didn’t want to commit to a likely multi-picture deal or that the money wasn’t going to work out. Right around the same time the initial rumors of talks with Keaton and Marvel surfaced, it was announced that Robert Downey Jr. had closed a deal to appear in the film, and he doesn’t come cheap, so it is possible that at least initially, that was part of what got in the way, and the studio was forced to pursue other actors. Woody Harrelson’s name had come up during that period, but that seems to be a moot point now as it looks like the search for Peter Parker’s next bad guy is over.

The Vulture was one of the very first villains that Spider-Man ever fought in The Amazing Spider-Man comics back in the Stan Lee and Steve Ditko days and had remained a fixture in the series ever since. For those that don’t know, the man behind Vulture, Adrian Toomes, is a former engineer who builds himself a suit that enables himself to fly and gives him enhanced strength and capabilities. Though, another rumor that has been floating around suggests that in the film, the character The Tinkerer will be building the suit for Toomes using parts salvaged from the Chitauri invasion of New York City from the first Avengers film. That would be a cool way to tie Tom Holland’s Spider-Man films into the MCU even further, but we likely won’t know if that’s true for quite some time.

Spider-Man: Homecoming is currently set for a July 17, 2017, release date. The film is being directed by Jon Watts and stars Tom Holland, Robert Downey Jr., Marisa Tomei, Zendaya, and it looks like Michael Keaton. Marvel Studios is also releasing Guardians of the Galaxy Vol. 2 on May 5, 2017, and Thor: Ragnarok on November 3, 2017. We will be sure to keep you posted as more casting news and details are revealed over the coming months.