REVIEW – Codemasters made a sequel to its 2015 game, I’ll say it upfront: there’s a thing that made me not buy the game until they take this out, thanks to the developers. Well done, folks!

I have the first game, and it has something called „no Internet connection requirement every single time.” This topic will be discussed later on, but I’ll have to say this early in this bunch of characters: DiRT Rally 2.0 is following the example of Gran Turismo Sport, and I wish it didn’t do it. 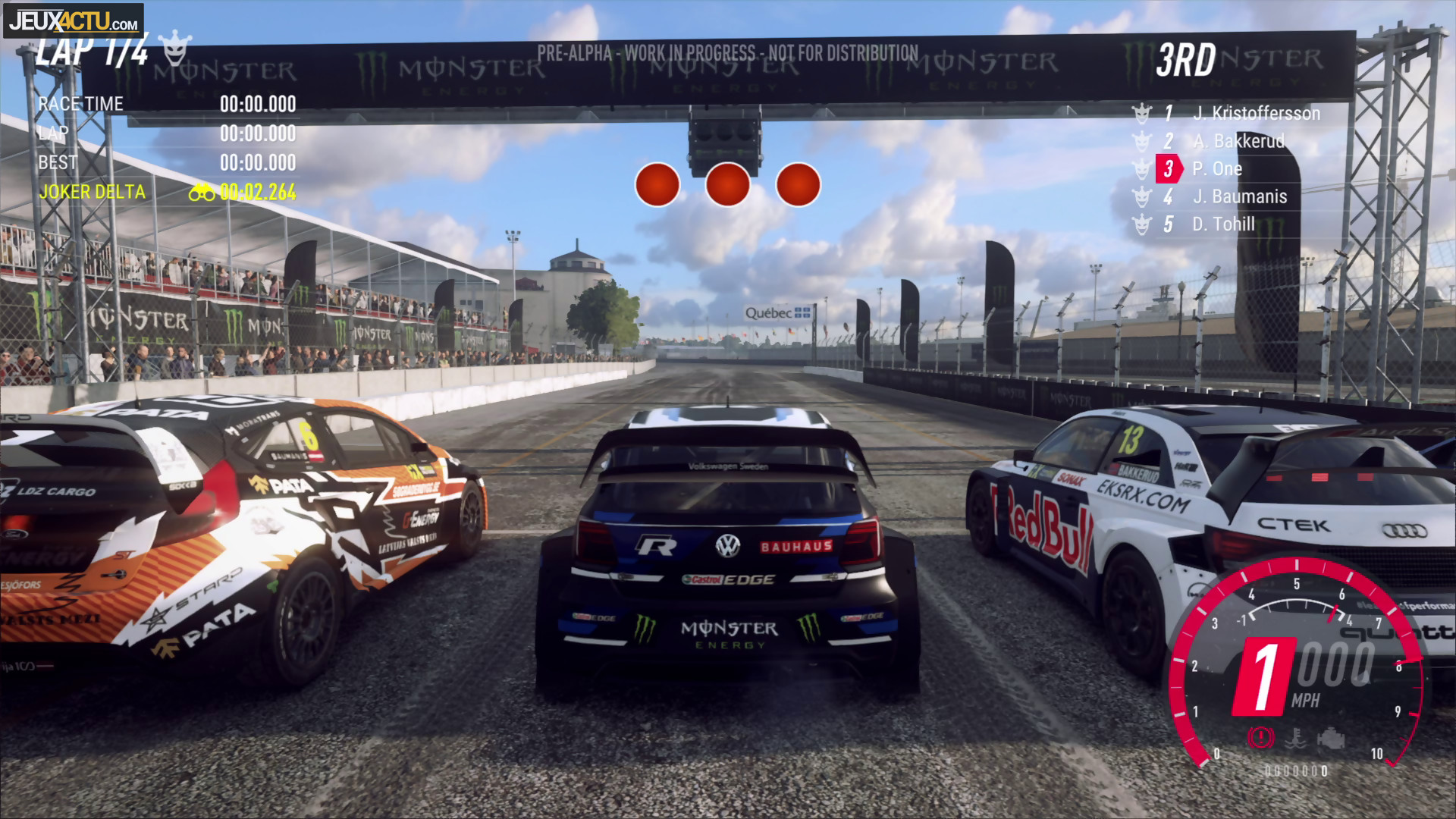 The first DiRT Rally could easily be called a professional simulator, and its rivals were easily washed off track with its quality – it still serves as a comparison to other games. Since then, a few years have passed, the PlayStation 4 Pro launched, and thus, we now have HDR as well, which means if you have an HDR-supporting display, you will get extreme visuals. I might go as far and say that even Gran Turismo Sport might hide behind „Codies’” rally game, even if the environment feels a little washed here and there.

Graphically, the game is outstanding, and the audio performs just as well, but I do have to warn you: the co-driver still has a UK accent (I’d rather not guess the region, though), so get used to it. Also, it never feels like he’s sitting with me in a car… but at least the cars sound godly. I love listening to them. I’m actually listening to a DiRT Rally 2.0 video in the background while I write this „review” (because I don’t call it that). I rarely do something similar. The sounds set a new standard in rally games – you hear it, Milestone? Time to get your hands dirty after Gravel…

A ton of cars (around fifty or so) await you to get them dirty, and possibly get them to the finish line in one piece. Of course, that will not be an easy task, as the game is still challenging. Even if you use a cockpit view (which, interestingly, does not show your steering wheel, but you can see the interior of the car…), DiRT Rally 2.0 will still punish you. The car will fall apart, and its tires will also end up blowing up.

If that happens, you must stop to a grinding halt, and then press a single button to instantly swap it, but you’ll get a time penalty for doing it. The damage model has no problems – you can feel if something doesn’t work right, and then, your co-driver will comment on that, too. I wouldn’t say the physics suck either, especially how the weather system, as well as the tracks’ degradation, play a role in them. So far, DiRT Rally 2.0 looks nothing but promising… 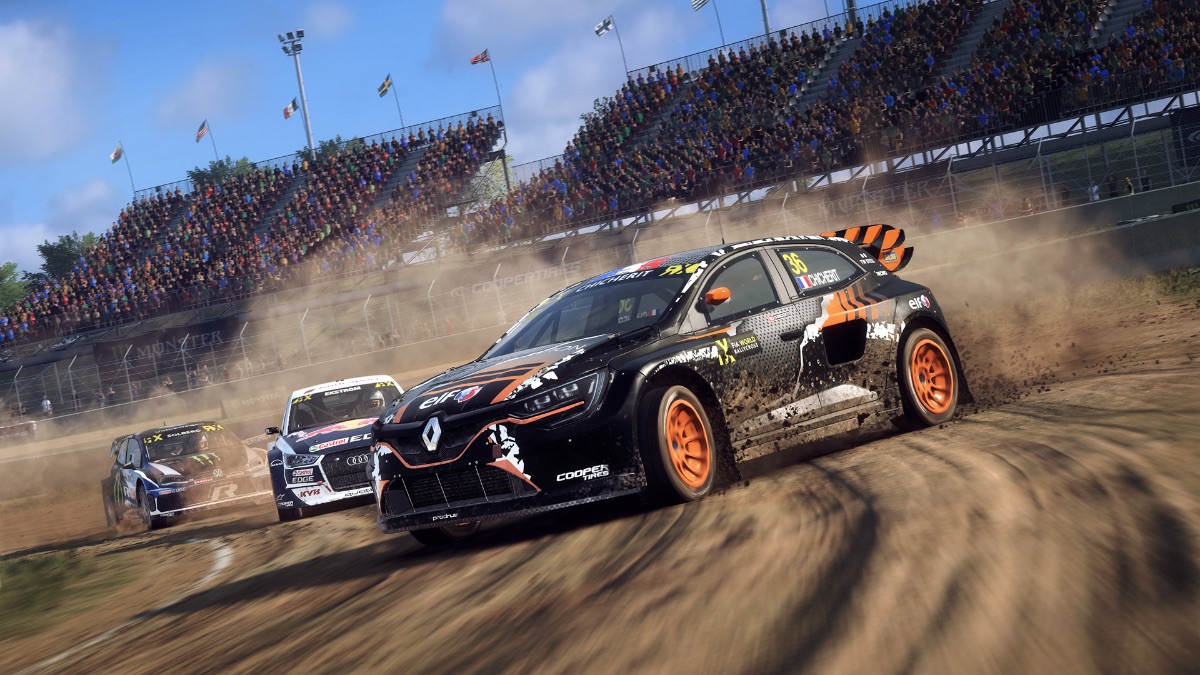 But, the problems start to arise at online. Currently (the game is out properly tomorrow, and I’m writing it on February 24, a day before the proper launch – Deluxe Edition pre-orderers get early access from Friday…), the game is lacking. A custom championship with up to eight players. You can either make one or join one. That’s it! Sure, the single-player modes have way more, but now I’m at the point where I’m going to give the game a lower score than the international media.

The career mode has problems. You can hire the engineers to improve your car (or set it up for the next sections of the rally), but for that, you have to drive that car across championships (and there will be a lot of them), but I’d call it fairly minimalistic, as well as exciting to a point. Sure, it sounds alright, and I’d easily give an 8.5 or so for DiRT Rally 2.0, but let’s think ahead of ourselves for a bit. Let’s say you want to play this game 8-9 years later. (If I can pull out my PC copy of Colin McRae Rally 2.0 at any time from 2000/2001 out of my cupboard and see it run flawlessly on any modern Windows OS, then I think it’s a fair point to bring up if you asked me…) Well, the game needs a Racenet profile for the career. If you don’t have that, you won’t get to access that mode. Basically, you need an Internet connection to play the game, definitely on PC. Let’s stop here for a second. For a single-player game mode? I’m sorry for cursing in advance, but I’m freaking fed up with this nonsense that developers, publishers tie your progression to connect to servers (I’m looking at you, Hitman 2!). With it, the game can never be preserved in its entirety for the future. Oh, and the official explanation is priceless as well: Codemasters wants to protect the career mode from hackers and cheaters. This is the same Codemasters that still has Denuvo in a 2.5-year-old F1 game, even though it has been cracked.

It’s a huge disappointment, and it affects a lot of people. They buy the game for a lot of cash, and if they have no luck, they can’t access its career mode, because it’s an online-only component, and ehm, the service doesn’t work. Get the hell outta here. I know, I’m an old-school piece of excrement and I don’t care, but in the PS1 era, you never had to go online to save your career progress in CMR 2.0! (Oh, and it’s also the same Codemasters that tied the cheat codes of TOCA Race Driver 2 to a unique, four-digit serial number. I swear I cannot find codes for the PSP version, even though I have completed the career mode to 100%, and I haven’t unlocked any cheats yet…)

Despite all my previous thoughts, DiRT Rally 2.0 is still worthy of a 7.5 out of 10. The game itself is seriously outstanding, but this ohletmeholdmyselfback approach on the career mode isn’t lucky. If the developers can make it entirely offline (and remember, We are the people who buy their games, they should listen to our expectations!), then I’d totally be in the line with the international review scores of 8s and 8.5s. If you discount the career, DiRT Rally 2.0 is a new etalon in the rally games’ genre. Great graphics, marvellous, professional audio, and decent physics await everyone. If you liked the first game, I’m pretty sure you will highly enjoy the second one as well. I have no doubts about it…

– Online-only career mode…? (And the reasoning is a joke)
– Currently, the online is not that meaty
– It’s still challenging: you won’t have instant success

REVIEW - Codemasters made a sequel to its 2015 game, I'll say it upfront: there's a thing that made me not buy the game until they take this out, thanks to the developers. Well done, folks!   I have the first game, and it has something called „no Internet connection requirement every single time.” This topic will be discussed later on, but I'll have to say this early in this bunch of characters: DiRT Rally 2.0 is following the example of Gran Turismo Sport, and I wish it didn't do it. I. The first DiRT Rally could easily be called…
DiRT Rally 2.0 – Dirty Rally
DiRT Rally 2.0 – Dirty Rally
V
It's alright, but it has its flaws.

It's alright, but it has its flaws.