REVIEW – Triternion, which is a Slovenian dev team, released their game 1.5 weeks ago, and since then, it has become a sleeper hit on Steam. The medieval, first-person perspective melee game has sold over half a million  copies, and because of it, it’s worth keeping an eye on the weirdly named yet entertaining game.

How is Mordhau, which is jokingly called „Chivalry 2” as well, this successful, you ask? It is simple: this hack ‘n’ slash started out as a Kickstarter campaign two years ago, which turned out to be a massive success. This is why Marko Grgurovič, a Slovenian student’s project (utilising the Unreal Engine 4) came, saw, and conquered. (The servers, however, did not take it so lightly. So many people have jumped into Mordhau that the capacity was not enough – success has its backside, too…) 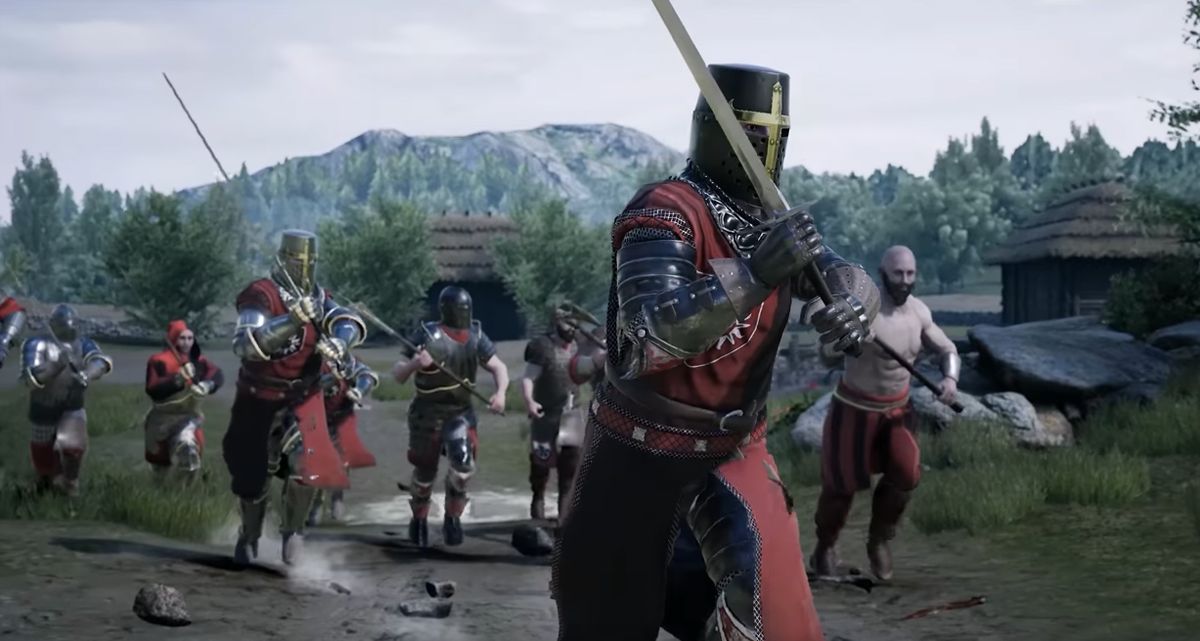 Mordhau, which could also be called Mordstreich or Mordschlag in German, is a fighting technique where we hold our sword the other way, meaning our hands are on the blades, and we use our weapon as something like an axe – it could be a useful technique between armoured soldiers. How is this related to the game? Well, it just happens to have the necessary ingredients: it is a medieval melee combat game, which could become quite crazy when there’s a lot of fighting going on. (This is why the game’s so successful!)

Mordhau comes with three game modes, namely Horde, Frontline, and Battle Royale, but for beginners, going into training is highly recommended. As the game is mostly multiplayer-focused (okay, you can fight against bots as well, but you will not go far with that, let’s put it that way…), you’ll need that to somewhat learn the basics of this deep combat system, otherwise your ass will be the first that gets sliced to ribbons by your enemies. If you don’t know how to time your defensive moves, your attacks, your parries, and the like, you won’t stand much chance, and I can add the extra layer on top of it where you start to get creative (knocking helmets off, using smoke bombs, et cetera). As I said, Mordhau‘s combat system isn’t easy, and you’ll seriously need some time to find your place, regardless of game modes. The game is not recommended for beginners, but aside from that, it’s time to play one more match. One more match. One more match. Oh heavens, look at the time already 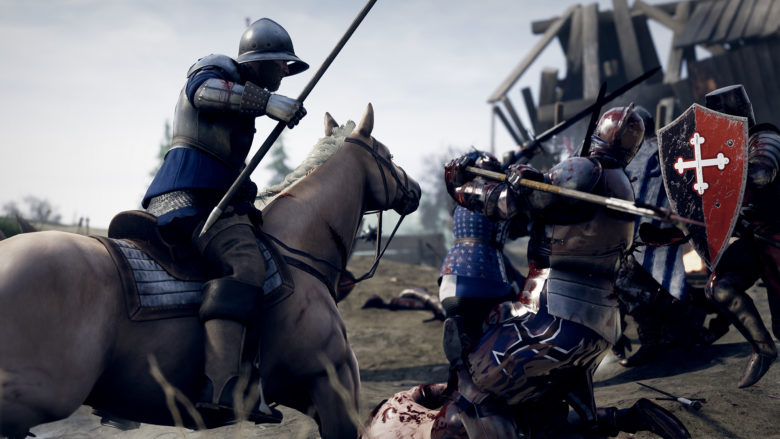 I guess I should talk about the game modes a bit, too… Horde is your run-of-the-mill player versus artificial intelligence mode with stronger and stronger enemies coming to attack you. Nomen est omen, the stronger your slain enemies, the more cash you receive. In Frontline, each team starts out with a fortress, with the goal to occupy the other one while ours is defended. There are multiple character types here, which is why I could say it’s a bit of medieval Team Fortress 2, albeit without Valve’s humour. My personal favourite here was the Engineer, as I didn’t have to go out and fight the others (because frankly, this type isn’t for combat), but create structures to help my teammates.

Playing defensive is good, okay…? In Battle Royale, you start randomly on a map (it would have looked ridiculous if you jumped out of a plane, right?), but I somehow felt that this mode needs time to become a proper one, as the ever-shrinking circle is not only hard to notice, but it also shrinks fast. It felt mostly like an unwanted extra – Frontline looks the most polished game mode instead of Battle Royale. (Which felt like it was added only because of its current fad – I can somehow relate to it, though.)

Triternion‘s game only gets a seven out of ten because at the moment, it has no proper single-player mode. Therefore, antisocial beings like myself won’t appreciate it. On top of it, I do have to say that the game is entertaining, but at the same time, it also looks somewhat unfinished to me. (But then again, not many people have worked on the game either…) Therefore, there’s no story in the game, and this is why it’s slightly hard to rate Mordhau properly: it has its positives (such as the combat system, and the fact that it doesn’t really tie you to rules), but  in its current state, I don’t say it’s a must-buy title, more like a recommended one: it runs decently with the Unreal Engine 4, but I believe only those will like it immediately who got bored with For Honor. If you have a group of friends, then I can absolutely recommend it – Mordhau is the type of the game where you can share your experiences with the others, such as knocking the head of an enemy down, only to be beaten by someone in our circle. This game could be one of those. All it needs is a bit more care and support. If these happen, Mordhau can easily become an eight or an eight and a half out of ten over time. So until then, Mordhau is just an okay game seeing how small of a team worked on it.

REVIEW - Triternion, which is a Slovenian dev team, released their game 1.5 weeks ago, and since then, it has become a sleeper hit on Steam. The medieval, first-person perspective melee game has sold over half a million  copies, and because of it, it's worth keeping an eye on the weirdly named yet entertaining game.   How is Mordhau, which is jokingly called „Chivalry 2” as well, this successful, you ask? It is simple: this hack 'n' slash started out as a Kickstarter campaign two years ago, which turned out to be a massive success. This is why Marko Grgurovič,…
Mordhau – Slice
Mordhau – Slice
V
A potential summer hit from medieval times.