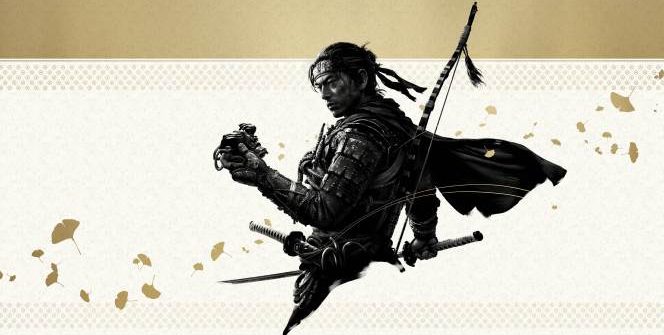 REVIEW – Tsushima Island was our little piece of paradise in the summer of 2020. Sucker Punch had the heavy task of closing the ball of Playstation 4 exclusives at the end of its cycle, and it met the challenge with brio. Although classic in its construction, Jin Sakai’s journey in the heart of feudal Japan was an absolute joy, both from a gameplay and visual point of view. With great pleasure, we discover this Ghost of Tsushima Director’s Cut, which offers us a bunch of technical and quality of life improvements, which will allow us to fully enjoy a brand new adventure of Jin, on the neighbouring island of Iki. And all optimized for the Playstation 5, please.

The life of a samurai is not easy every day, and fighting the Mongolian invader with honour and following the bushido code is a real pain. Jin Sakai knows something about this and will have to adapt to become a real ghost if he wants to have a chance to face his enemies. But we already knew that. This is the scenario of Ghost of Tsushima, and you know it by heart, don’t you? Today, it’s on the neighbouring island of Iki that Jin is going to pursue the villain. A new unknown Mongolian tribe threatens to invade Tsushima and cruelly hits the coastal villages, leaving behind poor fishers driven mad. It is better to go and calm them down immediately. 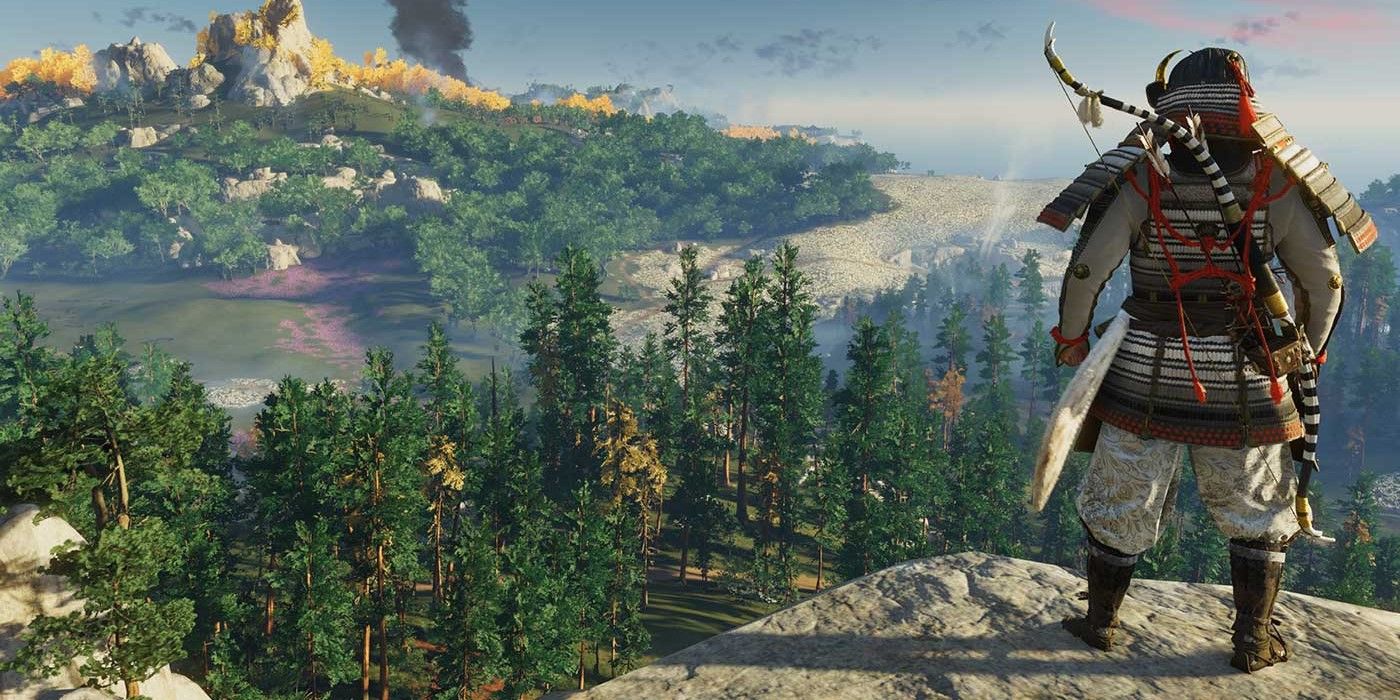 In the shade of the cherry trees

When we arrived on the spot, things did not go as planned. We’ll skillfully avoid any story spoiler in this test, of course, but it won’t be easy to defeat this new Mongolian tribe and its leader, who is called the Eagle. Like your old enemies in Tsushima, they don’t fight fair, and their weapon of choice is a hallucinogenic poison. In other words, any form of honour is definitely out the window.

What Jin Sakai will also have to face on Iki is his past. The island was the scene of his father’s defeat and death, and returning there will, of course, be heavy with memories. The confrontation with the armies of the Eagle will be the opportunity for Jin to take stock of his past and face his demons. This new story is exceptionally personal for Jin, who suffers the weight of his failures, and gives more relief to the character.

He will not be alone to face these tests and make new friends there, even if the alliances are fragile. Iki is a den of pirates, and although there was a time when the samurai tried to appease them, for the time being, it will be appropriate to put any disputes aside. 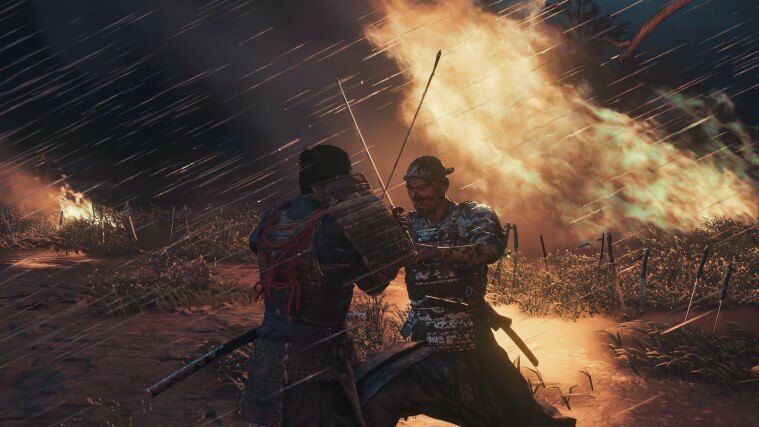 A classic open-world, efficient and improved

The gameplay of this Director’s Cut remains the same as what you knew with Ghost of Tsushima. The game was one of the best open worlds of 2020. If the formula is now well known, exploring an entire continent with its activities, challenges, and stories is still satisfying, especially when it is so beautiful. But Sucker Punch has slipped in some improvements to the overall quality of life of the game.

The fights are even more precise than they were. To facilitate your parries and dodges, it is now possible to lock a target, an option inexplicably missing from the original game. In terms of additions, your horse will now have the ability to charge and knock down your enemies. Other than that, it’s still familiar territory.

The structure of the Director’s Cut remains the same, and the main thread can be followed in just under four hours. Many side quests and legends are to be discovered and add a few more hours of gameplay on Iki, and perfectionists will be able to spend even more time searching every corner of this new island. It is slightly smaller than each of the three Tsushima regions but just as dense in activity. 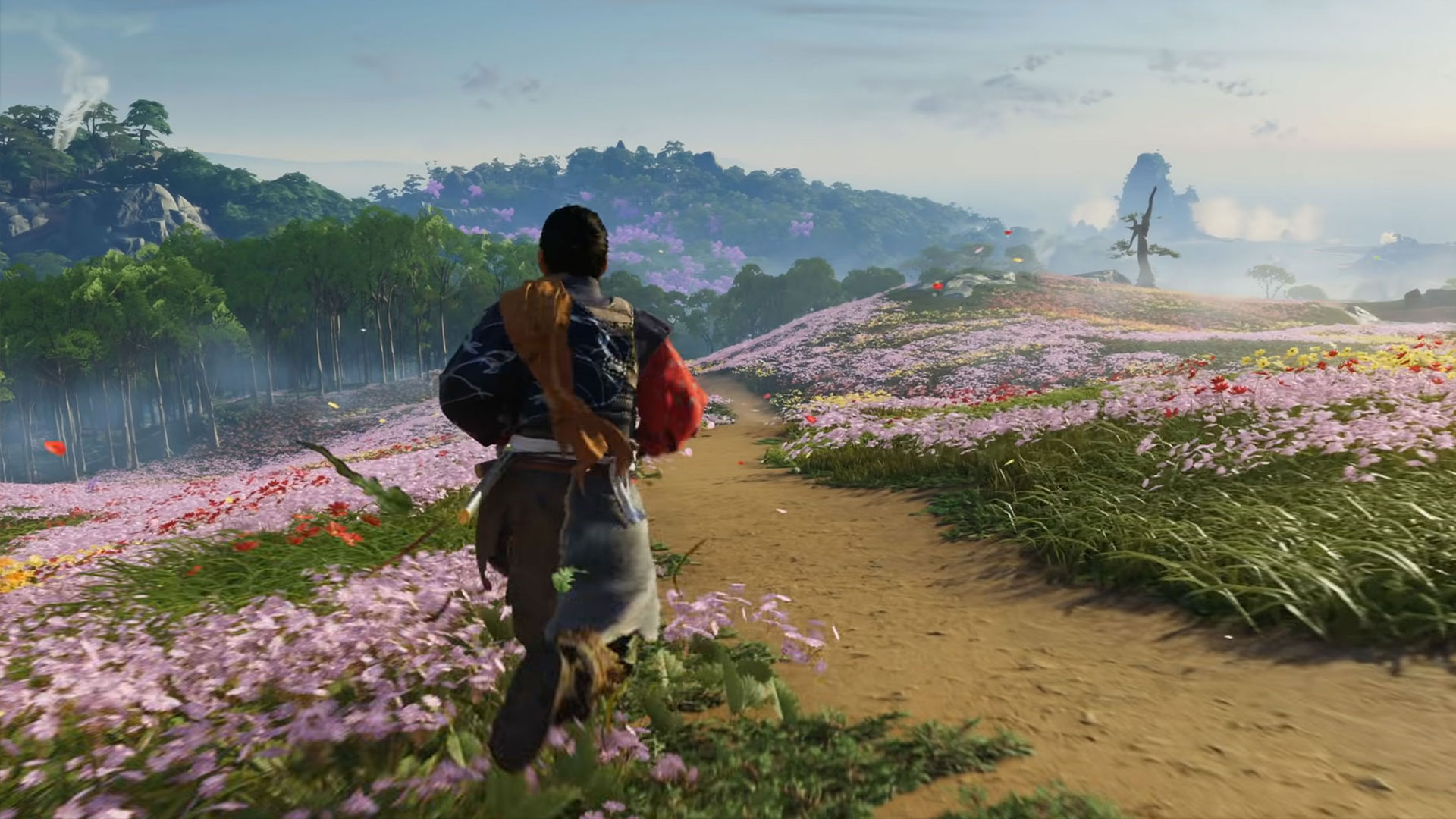 The new island of Iki is the main attraction of this Director’s Cut. For those who have a Ghost of Tsushima save game lying around on the hard drive, it will be possible to access it provided that you have progressed at least to the second central region of the base game. So you don’t need to have finished the game. A brand new area to explore, that’s all fans of the game could hope for. The landscapes are as beautiful as ever and do not fall into the trap of repetition. We have beautiful and new sceneries, very different from what we could find on Tsushima.

The usual activities are still there, with haikus to compose, training bamboos, hot springs, and new ones spicing up the exploration. This exploration is always done with the same subtlety, and following the birds or the fireflies will always allow you to stumble on a hidden point of interest nearby. Mongols are, of course, omnipresent on Iki, and there will be many camps to liberate, always with side objectives to spice up your fights. This version is an excellent addition: it is now possible to replay any quest or activity already done directly from the world map.

This Director’s Cut offers a few new side activities, a pretext for littering the map with icons and points of interest. Ghost of Tsushima still rewards exploration. This time, you can find archery challenges in a bamboo forest and animal sanctuaries where you can play the flute, using the gyroscope of your controller to charm the local wildlife.

The fights on the island of Iki offer a new challenge. Two significant new features shake up your habits: the Mongols now have the presence of mind to change their weapon in the middle of a fight, forcing you to adapt your posture constantly to remain effective. The confrontations are even more dynamic and exciting, and you will have to rethink your strategy at every moment. Moreover, a new type of opponent is there to make your life difficult: the shaman, who can strengthen his companions with terrifying chants.

Ghost of Tsushima Director’s Cut is a classic and unsurprising expansion, and that’s finally what we wanted. We fell in love with Jin Sakai’s Japan last year, and all we wanted to do was to go back to this universe and learn more about its inhabitants. The result is so satisfying that we want more and more, and the adventure on Iki may seem a bit short. Once the island has been explored in all directions, we can only wait for one thing: the next part.

The Director’s Cut of Tsushima is also a technical novelty. The game is available for the first time in a native version for the Playstation 5. Ghost of Tsushima was already at the time a substantial visual slap on PS4. This time, the game has no limits. The options offer two graphic modes, focusing on the number of frames per second displayed and the resolution.

From what we could evaluate with our little eyes, the full resolution option never goes below 60 frames per second, and the fluidity is perfect at every moment. We wonder about the usefulness of the so-called smoother mode. Visually, the game is close to perfection, and the colours, the light, and the atmosphere of the game are reproduced with a flash of exceptional brilliance. The photo mode was already very complete and is now enhanced with new visual options.

Loading times, already impressive on PS4, are now entirely non-existent. Using the fast travel is instantaneous or almost, unlike Spider-Man Miles Morales, which served as a benchmark at the console’s release. The Dualsense controller is not to be outdone, and the use of the triggers, although classic (archery and grappling felt in haptic feedback, for example), is quite effective. This PS5 version of Tsushima painfully tries to use the console’s activity cards to help you finish your quests, but apart from loading your last save and put the quest in question in follow-up, they don’t do much.

We can applaud the ease with which we could transfer our saves from the PS4 version to the PS5 version. The manipulation is often a purge, but this time, it can be done directly from the PS5 version of the game, simply by having your save game on the console’s hard drive. It’s almost a technical flawlessness for this PS5 version of the game, making us forget that we have to go back to the cash register to get these technological improvements.

+ One of the most beautiful open worlds we have seen – especially on PS5
+ The combat is very fun, dynamic and full of possibilities
+ Solo duels and confrontations

– The missions are very repetitive. It barely manages to get out of the basic pattern, even on many of the major ones
– A greater depth in the story and its characters is missed, delving into the human side of the conflict
– The camera and artificial intelligence in the confrontations can give some problems

REVIEW - Tsushima Island was our little piece of paradise in the summer of 2020. Sucker Punch had the heavy task of closing the ball of Playstation 4 exclusives at the end of its cycle, and it met the challenge with brio. Although classic in its construction, Jin Sakai's journey in the heart of feudal Japan was an absolute joy, both from a gameplay and visual point of view. With great pleasure, we discover this Ghost of Tsushima Director's Cut, which offers us a bunch of technical and quality of life improvements, which will allow us to fully enjoy a…
Ghost of Tsushima Director’s Cut – Jin Sakai is Back on Duty
Ghost of Tsushima Director’s Cut – Jin Sakai is Back on Duty
Zardoz
This Director's Cut offers us more Ghost of Tsushima, nothing more, nothing less, and that's fine. Without reinventing the wheel, Sucker Punch signs a new solid adventure, which explores the past of its protagonist with finesse. As for the Playstation 5 version of the game, it does justice to the new Sony machine, and Tsushima has never been so beautiful.

This Director's Cut offers us more Ghost of Tsushima, nothing more, nothing less, and that's fine. Without reinventing the wheel, Sucker Punch signs a new solid adventure, which explores the past of its protagonist with finesse. As for the Playstation 5 version of the game, it does justice to the new Sony machine, and Tsushima has never been so beautiful.

User Rating: Be the first one !
Spread the love
Tweet
Tagged Ghost of Tsushima: Director’s Cut Life is Strange: Unlikely To Be Episodic Again