15 million users less! Pokémon Go: Is The Fad Over? One of the fads in July, Niantic-developed Pokémon Go, seems to fade away after a month of success.

In July, the game even ended taking the record of most downloads in a week on Apple’s App Store, and it also pushed Nintendo‘s stocks up a bit… until the big N announced that they didn’t develop Pokémon Go per se.

While there are no official figures of downloads, Axiom Capital Management’s research states that Pokémon Go lost a third (!) of its users in a month. From 45 million, the amount players slid back to 30 million. While it’s still a respectable number, the amount of drop is noticeable.

Mind you; the drop happened even with Pokémon Go becoming available in other countries, such as Brazil, Indonesia, or the Philippines; the drop of popularity in first world countries offset the growth altogether.

After Axiom had published their research, Nintendo‘s stocks dropped by three percent, but they also said that the amount of users are higher than Twitter’s App on Android.

There’s also a deadly accident because of Pokémon Go: in Tokushima, Japan, a 39-year-old man hit two pedestrian women. One of them deceased, and the other one got serious injuries. 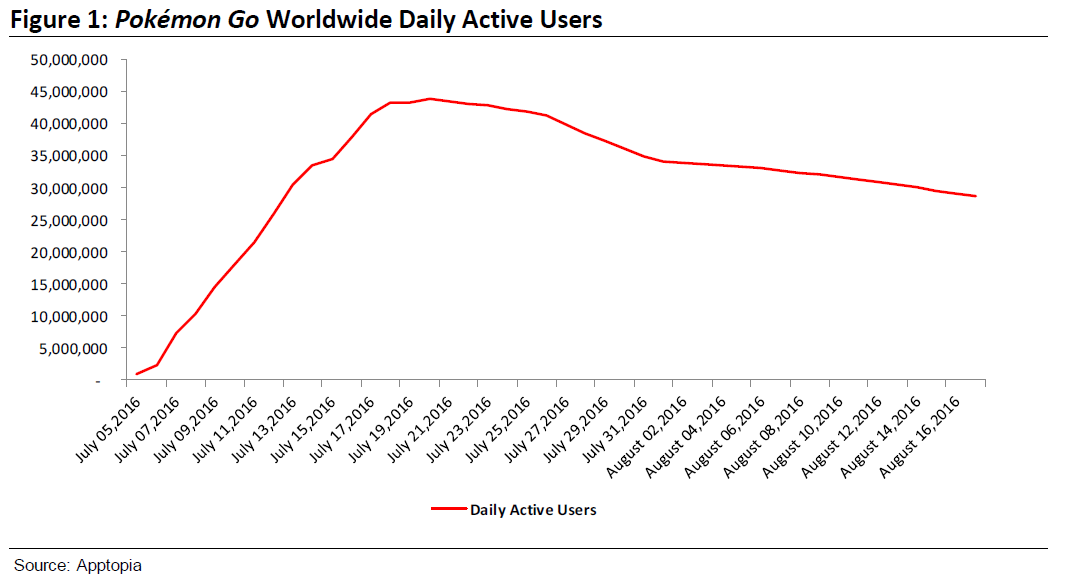