Bioware’s New IP And The Next Need For Speed Gets Launch Window! We learned that Bioware‘s new IP, which, according to the developers’ blog, will change the way we play action games, will launch by the end of March 2018. The unnamed IP is hyped by Bioware with terms such as „an action-adventure title, not an RPG,” „a new universe full of new characters, stories, and gameplay,”, „a unique IP that will bring players together in exciting new ways,” and „create something fun and new for you to enjoy with your friends.” Brave comments. Due to the financial report, we can expect the game, which has been in development since 2012 (!!!) to be revealed at E3 this year – or at EA Play, to be more exact.

Need For Speed will also make a return by March 2018 going by EA’s report – it will be „an ambitious title which will focus on competitive online.” It means we will probably have to be always online.

A few more points of interest of the fiscal report: Battlefield 1 has a 50% bigger player base in the launch window than 4, making the new game have the best launch in the franchise. Titanfall 2 sold less (while BF1 sold more) than expectations, but Respawn’s shooter will still get all new content for free as promised. FIFA 17‘s story mode had over ten million players, making it the „best-selling console title in the world.”

Sales and profit are up, and digital sales took 60% of the cake with an 18% year-over-year improvement altogether. Unfortunately, the publisher’s DLC sales are also improving while other companies (such as Ubisoft) started to focus on cosmetic upgrades instead. 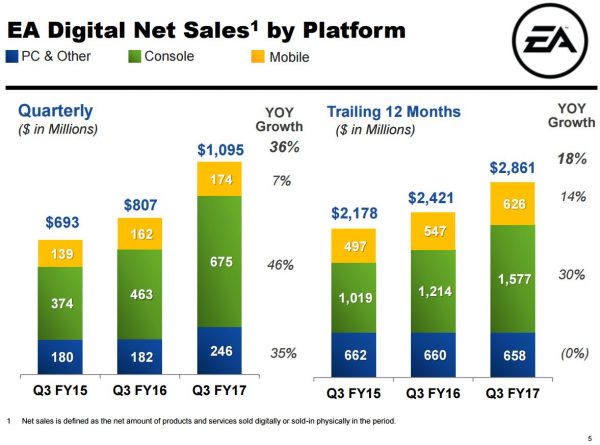 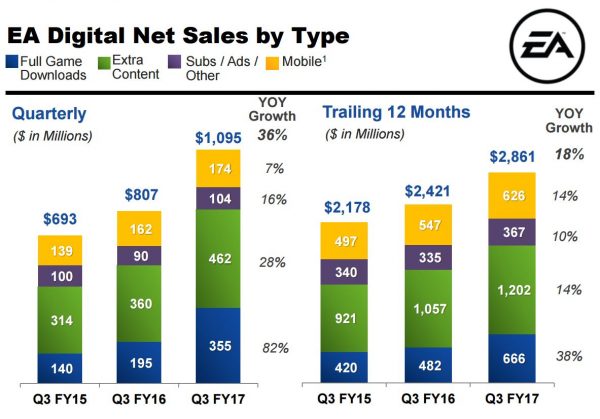