But what is that Vault counting down to…?

MachineGames’ new game launched two days ago, and it’s already getting speedruns – DraQu managed to beat the story of America’s liberation under 79 minutes and 16 seconds. Let us repeat that: he beat the game in less than 1.5 hours for the two-day-old game. The experience feels like Mirror’s Edge Catalyst, to be honest… expect for cutting through levels via the geometry. If you followed the Prey speedruns, you should know what that sentence means…

What’s that Vault countdown in the menu, though? It counts down to the first DLC launch, and, according to Game Informer, a Bethesda spokesperson said that we could expect other „extra surprises” as well.

Hopefully, they won’t be locked behind the game’s Season Pass! (Yes, a single player game getting a Season Pass…) 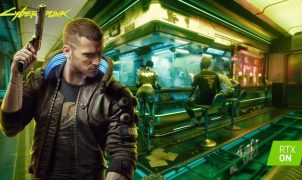