REVIEW – Deus Ex is back with Mankind Divided, and Eidos Montreal once again shows that the company still has a lot of great ideas of how games in this genre can evolve. The famed Action RPG series, Deus Ex: Mankind Divided, returns with another stellar entry.

Following on two years after the events of Human Revolution, Mankind Divided sees our gruff-voiced, augmented super-agent Adam Jensen now working for Interpol itself. After a lengthy recap of the events of the previous game, he and we begin the game assisting an operation in Dubai that naturally acts as a tutorial for some old and new mechanics, but also for the new control set.

If you haven’t played Human Revolution this scheme will probably work best, but not to fret Human Revolution veterans; you can still use a close approximation of that game’s controls if you so wish. I know I found it easier that way. 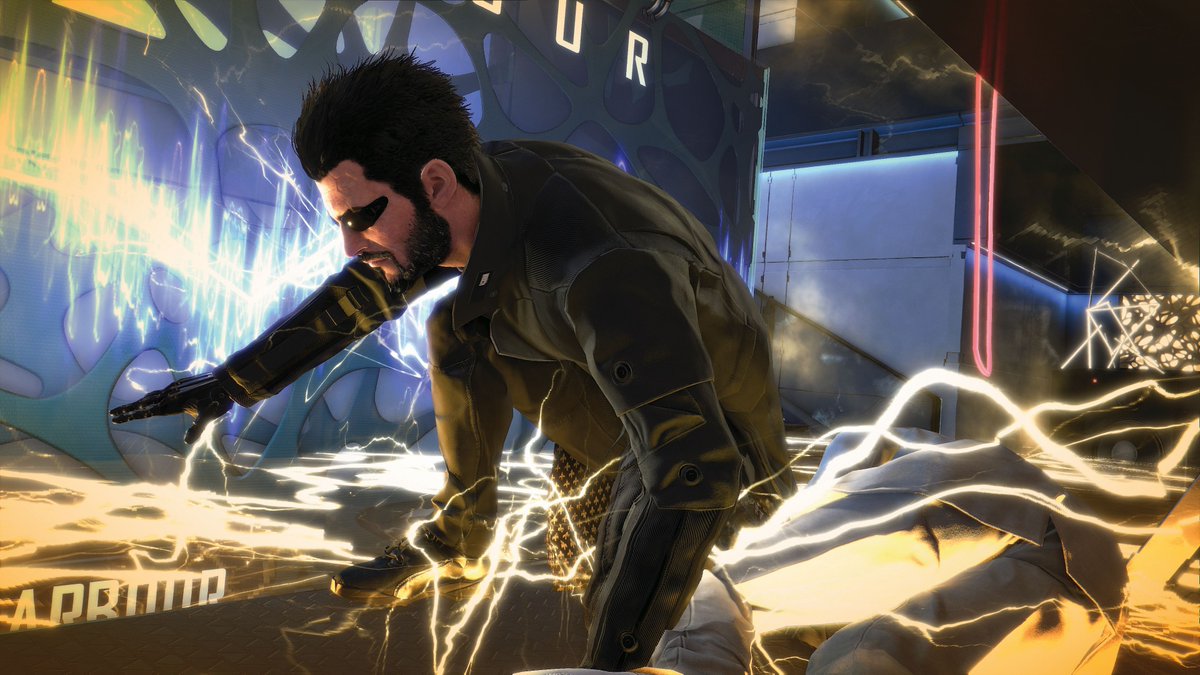 The heart of Mankind Divided’s story is the rising tension between regular humanity and those who are augmented with the various cybernetic implants and appendages more readily available in this near-future. After an evil force hacked the neural network of augs two years ago and caused them to go on a bloody killing spree, “normal” humans tend to looks on those with cybernetic upgrades with suspicion and dread. The game’s universe and the story are actually pretty much an allegory for racism.

While unease and distrust run rampant around the world, and Jensen returns to duty as tensions between the two factions (normal humans and augmented) have escalated to such a point that the world’s leaders have begun exiling some augmented civilians to ramshackle cities that are overcrowded, over-policed, and ensure the poor quality of life. Due to the actions of extreme groups on both sides of the equation, things are getting worse for the bugs. World governments may soon have no choice but to permanently deport thousands of augmented people to their special cities, provided those in authority don’t just start purging them from the streets with little provocation.

We are given a first-hand look at how the oppression of augmented people feels and looks from the streets of Prague, where Jensen is currently stationed while working for Task Force 29. Police harass augmented people simply for existing, regularly asking for their documentation and otherwise giving them extreme side-eye as they roam the streets protecting the “normal people” from potential harm.

To escalate things a bomb goes off at a train station in Prague, slaughtering or severely injuring almost everyone inside. No group downright claims responsibility, but threats are levied against the pro-aug activist group, the Augmented Rights Coalition. Jensen’s investigation into the incident isn’t high on anyone’s priority list but seemingly his own, and with the rest of the world ready and willing to write off augs under the auspices of the Human Restoration Act, it’s mostly up to him to bring peace to the clashing ideals. 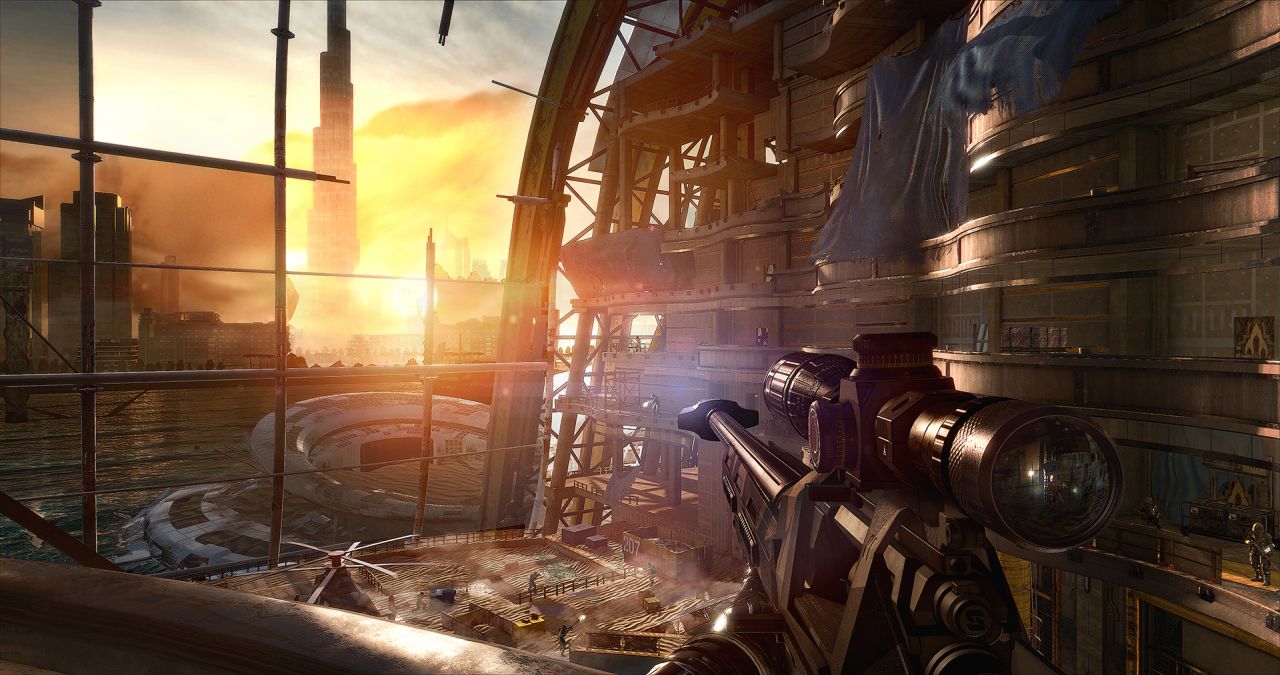 “The problem is choice” (The Matrix)

As is so often the case with Deus Ex titles, you cannot discuss the plot without touching on the most integral gameplay mechanic – choice. Every decision I made, whether it was which path to follow, what missions to complete, or even how to respond to a certain individual, changed the makeup of the story. At one point I became so wrapped up in the main story, I neglected a single side mission, thinking that the worst that would happen would be that the party in question would be upset with me. Without giving away any spoilers, that was far from the case. Failing to complete the mission had drastic consequences that came to light so much later that loading an old save would have been near-insanity. I was forced to live with the consequences of the series of choices that led to that moment. But I’ll tell you what – I didn’t miss another damn side mission after that.

Also, the police will still shoot at Jensen if he doesn’t toe the line, but that’s more because of Mankind Divided‘s gameplay mechanics than it is players experiencing the kind of mechanism many of the NPCs in the game face. Jensen isn’t just detached from all the events happening in the title because he’s meant to be the player’s divining rod either; he’s written with so many different perspectives to take, it’s hard to figure out which Jensen is the most authentic. In a game with as many personal choices as Deus Ex has, all of which offer branching paths to arrive at some different conclusions, Jensen is oddly detached from any real personal stakes in what’s happening around the globe. This lack of characterization ill serves the kind of story Eidos Montreal has been so excited about telling. As a result, this controversial allegorical take on civil rights loses much of its impact. 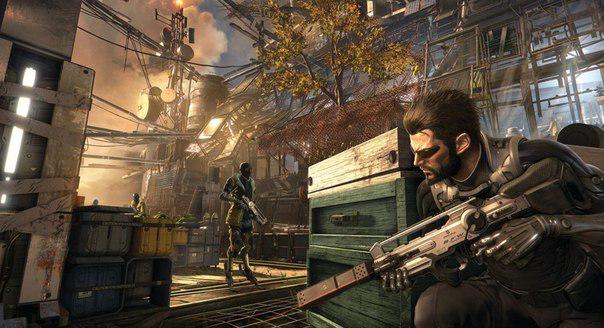 This time around, Jensen also has some secret, dormant, totally badass augmentations in his body. This results in a “reset” of his system, giving me the ability to build Jensen’s abilities from scratch, perfectly tailoring him to the way I, the player, want to play the game. But be warned: it’s quite simple to upgrade yourself into a corner. Stealthy players will benefit handsomely from strength upgrades – too many times I found myself cockily sneaking through vents, thinking about how simple it was to evade the threats scattered throughout the building, only to have my path at the end obscured by an object far too heavy to move. It’s clear that Eidos, and the game itself, want you to be a versatile player, choosing augmentations that both compliment and counter your preferred style of play.

It’s fortunate the rest of Deus Ex: Mankind Divided is so strong. While the core of the game still boils down to steal versus action, each of these two options has a multitude of approaches each player could take both of how to take on a level and how to experience the overall world. Sneaking and slinking around the shadows is as much a test of skill as it was the last time around, if not more so in Mankind Divided due to how many more people in the world are out to get Jensen. Kicking down the doors and going in guns blazing seems to go against the Deus Ex ideal, but you can do it. The more subtle approach is preferred by NPCs you’ll interact with, though, as the body count is already high enough in Deus Ex‘s world, and people are less happy with you when you keep adding to that tally.

There’s a lot of verticality in Mankind Divided‘s maps too, which makes getting around without anyone noticing that much easier… if you put the time into finding alternate routes. There are plenty of ways to avoid detection, and through some areas, we found several different paths that all got us in and out of the same area. That kind of design couldn’t have been easy, but it works tremendously well. It can make you feel lost at times, as you might get caught in a circuitous loop of ingress and egress, but just knowing how many different possibilities there are for getting through any given area should make stealth players jubilant. What’s more, the variety in vantage points works for assault players as well, giving you plenty of unique sightlines and attack points that give you a distinct advantage in potential combat.

Likewise, Jensen will make you some different customization options based on his augmented abilities. Since he’s almost entirely machine, Jensen’s body affords him some specialized skills, provided he’s got the programming unlocked. By completing objectives and leveling up, you’ll earn Praxis Kits to open up these talent channels. For returning players, many of these skills — such as filtered breathing, being able to see through walls, lift heavier objects, or fall without taking damage — will seem familiar, but Eidos has added in some “overclocked” abilities this time around. 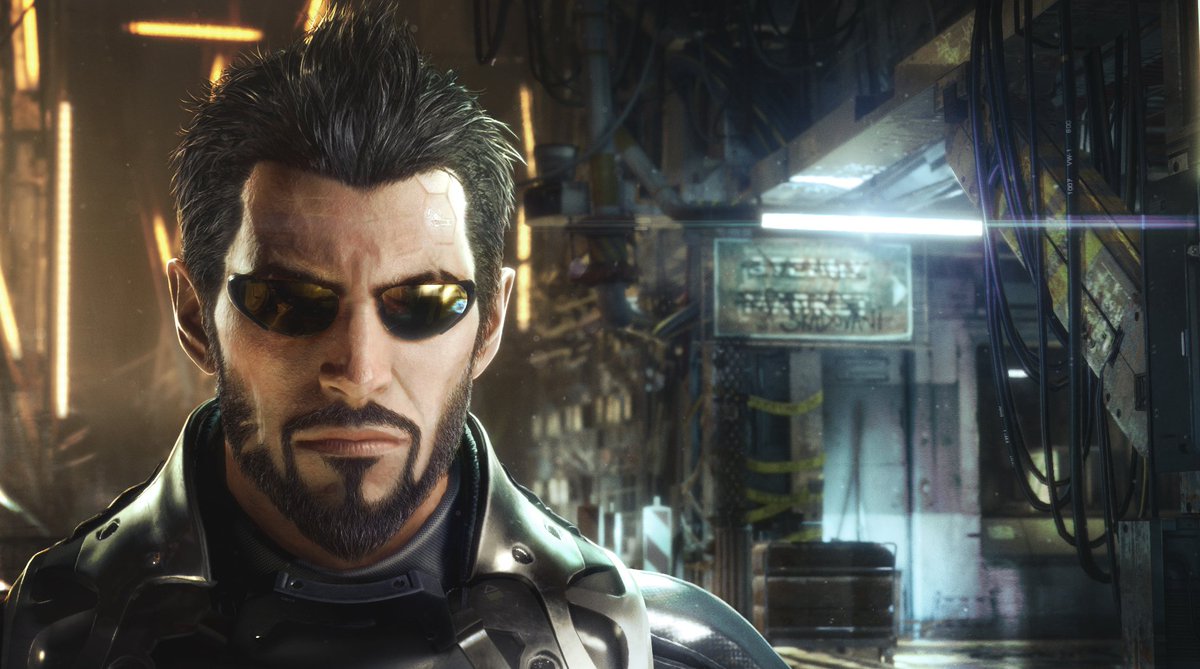 Fight, or talk your way around

Violence and nonviolence are equally valid combat options in Mankind Divided. While there will be a notable reaction to what you do – from causing civilian panic because you fired off shots in the middle of a bank to having an enemy revived and reveal your existence because you chose not to kill him – the world responds to your actions. Quiet, non-lethal takedowns and frenzied shootouts feel equally fluid, both of which come with a unique set of challenges and rewards.

The game, however, never punishes you for choosing one option over the other. Mankind Divided, like its predecessors, is not about right and wrong, good and evil. Rather it’s about the varying shades of gray that make up its world, holding up a mirror to our own in a way that only video games can. That, in large part, led to a satisfyingly tense experience where I evaluated, debated, and questioned every decision I made, even long after the game itself was complete.

For a playthrough closer to pacifism, there are various options available for both stealth and hacking. Suspense runs through the game’s veins, but this is where it truly buzzes to life. Hacking into a security system allows you to turn off turrets and robots – or, of course, you can enable friendly fire, and let them take out your human enemies for you. Tunnels and vents are infused into the environment, while augmentations let you do things like turn temporarily invisible, remote hack, jump ridiculously high, and more. Each obstacle you face has a bevy of options, so you never feel forced into playing a particular way.

On that note, the side-quests are also very much worth the energy in seeing through to their ends. Not only will you get valuable experience, items and do a bit more world-building, but you’ll also get to see more of the people populating this world. While Jensen’s personal quest is muddled with mixed messages, these side stories and characters are well-realized short adventures that do much more to flesh out the world than most anything happening in the main narrative. If only the same kind of characterization and personalization were used in the overarching story, it might have come through as a stronger statement. Instead, these optional quests end up being standouts that mix Deus Ex‘s tried and true gameplay with some adept writing.

Few other titles can match the variation Deus Ex: Mankind Divided provides, and there’s some great lateral thinking involved in getting through some of the game’s navigational puzzles. The narrative doesn’t strike the chord Eidos was clearly hoping it would, but there’s still a great deal of choice in making the game your own — on top of all the actual customization options you have personally. It would have been something to see all of the story ambitions come together apparently, but even without those elements striking the right balance, Mankind Divided sets a rather high bar for stealth/action-RPGs.

Deus Ex: Mankind Divided is a thrilling, suspenseful game that holds a mirror up to our world without losing track of its own. Action, puzzles, a fantastical setting, and a compelling story merge in a world where conspiracies are real, you can't trust the media, and a razor thin line separates your allies from your enemies.