Is Ikaruga Heading To PlayStation 4? The German rating board, USK, has rated an unexpected game.

There are several twists in this story. One of them would be the publisher: it seems that Treasure, the developer would self-publish Ikaruga on PlayStation 4 if we can believe USK’s website. However, the game’s history doesn’t include any of Sony’s platforms!

The Japanese arcade release in 2001 was followed by a Dreamcast version in Japan in 2002; then the game went worldwide in 2003 on the GameCube. It also got ported to the Xbox 360 in 2008, and to the PC in 2014, respectively. Not a single Sony platform is included in this list!

Ikaruga’s an interesting shoot’em up: it allows you to change your ship’s polarity to absorb bullets. We wouldn’t ignore a PlayStation 4 version… but will SEGA, the original publisher, have nothing to do with this port? 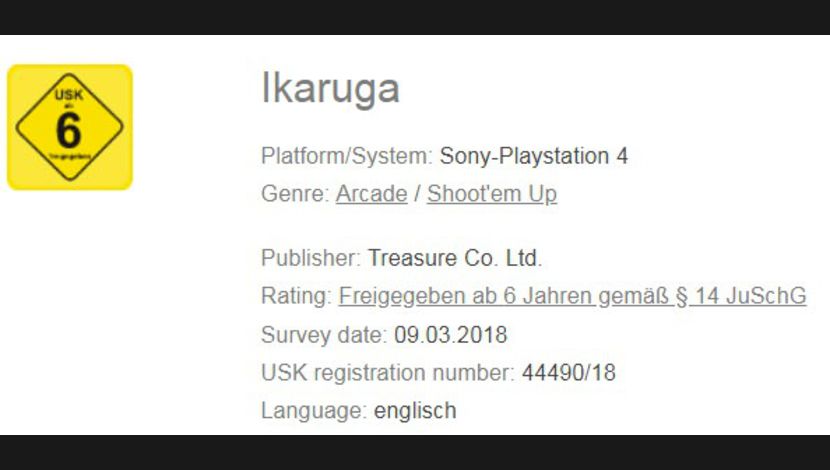