REVIEW – Ah Hitman, a franchise that has gone through the same phases as the good old Splinter Cell series, except Ubisoft, never bothered to pick up their stealth series after Blacklist since 2013. Both series started as a low key stealth series and ended up becoming stagnant around the year of 2012 and 2013, with both trying to become more action-oriented. Que 2016 and Hitman returns while with much fanfare the reception was mixed, to say the least.

The episodic nature of the game nearly killed the franchise and ended up with Square Enix selling IO and the franchise. However the episodes themselves were not bad and were actually well received, and the additional modes like escalations or Elusive Targets also became popular with streamers.  Hitman returned to its glorious form, but nobody knew if there was more coming, especially since IO was still updating it with additional content. Now in November 2018 Hitman 2 is out, not episodic in nature, and with a few fun treats for old fans. 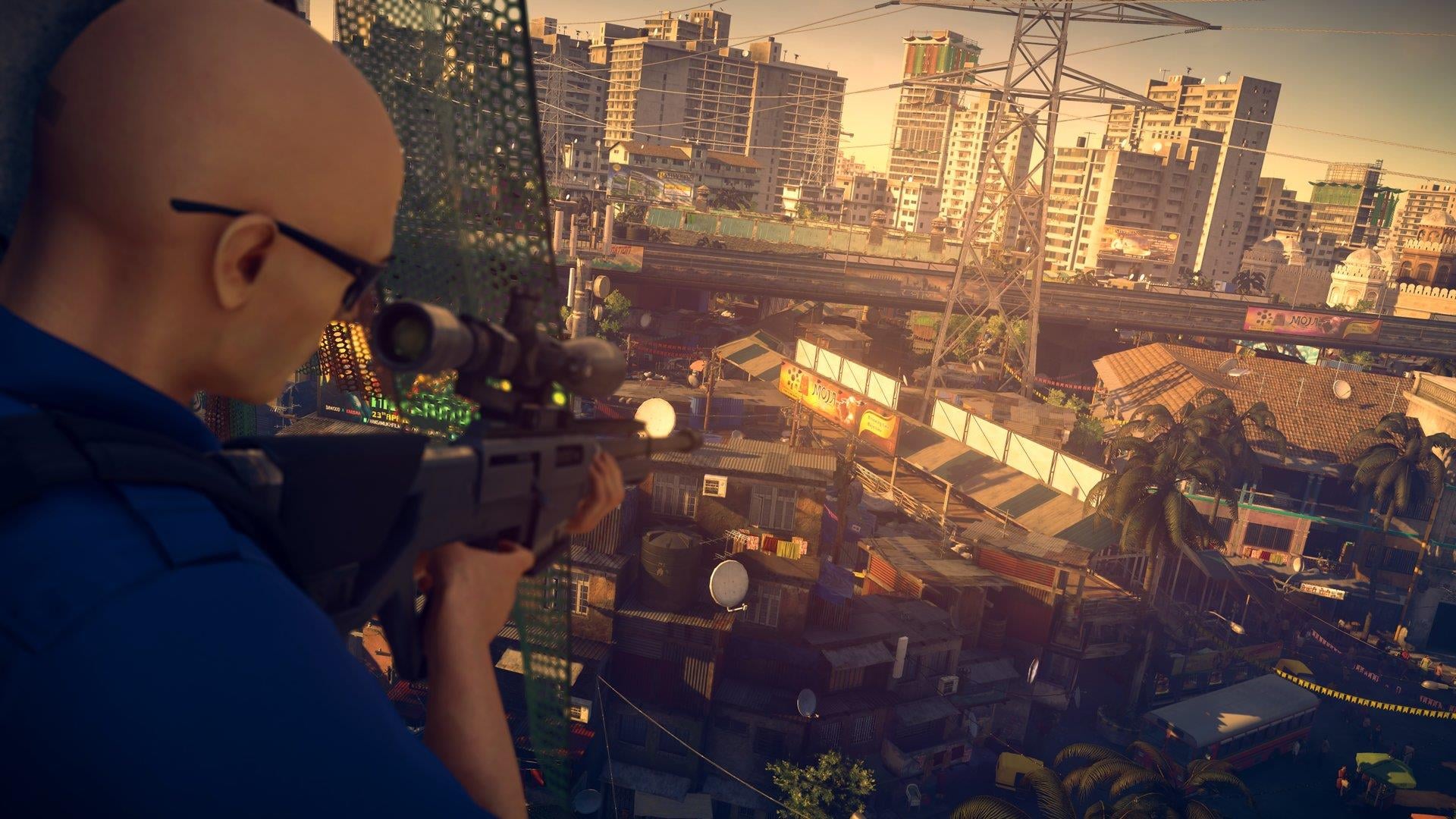 The story of Hitman (2016) and Hitman 2 (2018), are a soft reboot while acknowledging past games via a short montage, it works as a deeper dive into Agent 47’s past. If you are here for the story though it is serviceable, but the main focal point of the series has never been about grand storytelling. It mostly tries to mimic the old conspiracy society stories from the 90s, and there are a few plot twists here and there. It works for what it is trying to do.

Sadly there is a bit of a downgrade regarding storytelling for the cutscenes, as in Season 1 it was fully animated, while (probably due to budget restrictions) in Season 2 it is simply as a motion comic. So in that regards it is a bit of a downgrade. Luckily stories can be told in multiple ways, and in the maps, the NPCs will have a long conversation that you can listen to, giving context to events and the world. Plus a few of these snippets will refer to future locations in one way or another. Hitman can build a bigger world even with its limited scope, but I do miss the cinematics.

A World of Assassination

Hitman 2 gives the players six new locations for the players to sneak around, stab, throw, and kill targets. From the small beginning of Hawke’s Bay in New Zealand to the multi-levelled Mumbai, there is a grand scale regarding what you can do in the sequel. The game also eases the player into these assassinations, it gives the player option from three difficulty levels, Casual, Professional, and Master. It allows the player to follow mission stories that show where the player has to go and what the player has to do for a specific mission story. Now besides these, there are feats that have to be found by the player, these are not revealed on the map, but can be guessed by the description of the feat.

It is a fine balance that IO manages to make as if you just want to rush through the game it can be done in two to four hours. Ultimately it depends on the player how much the play the game. The levels are huge and getting some of the kills to take some time, but are worth it. Some can be quite brutal, and as per usual Hitman fashion, some can be hilarious.

Speaking of levels, if you own Hitman 1, you get to download all of the maps from Hitman 1, and add to the menu of Hitman 2. These maps are updated with all the new mechanics included in Hitman 2 which brings up the total map count to 12, plus the campaign from Patient Zero also gives a further mix to the length of the game (Same maps different scenarios). So if you have the previous game, the content, and replayability jumps by miles. 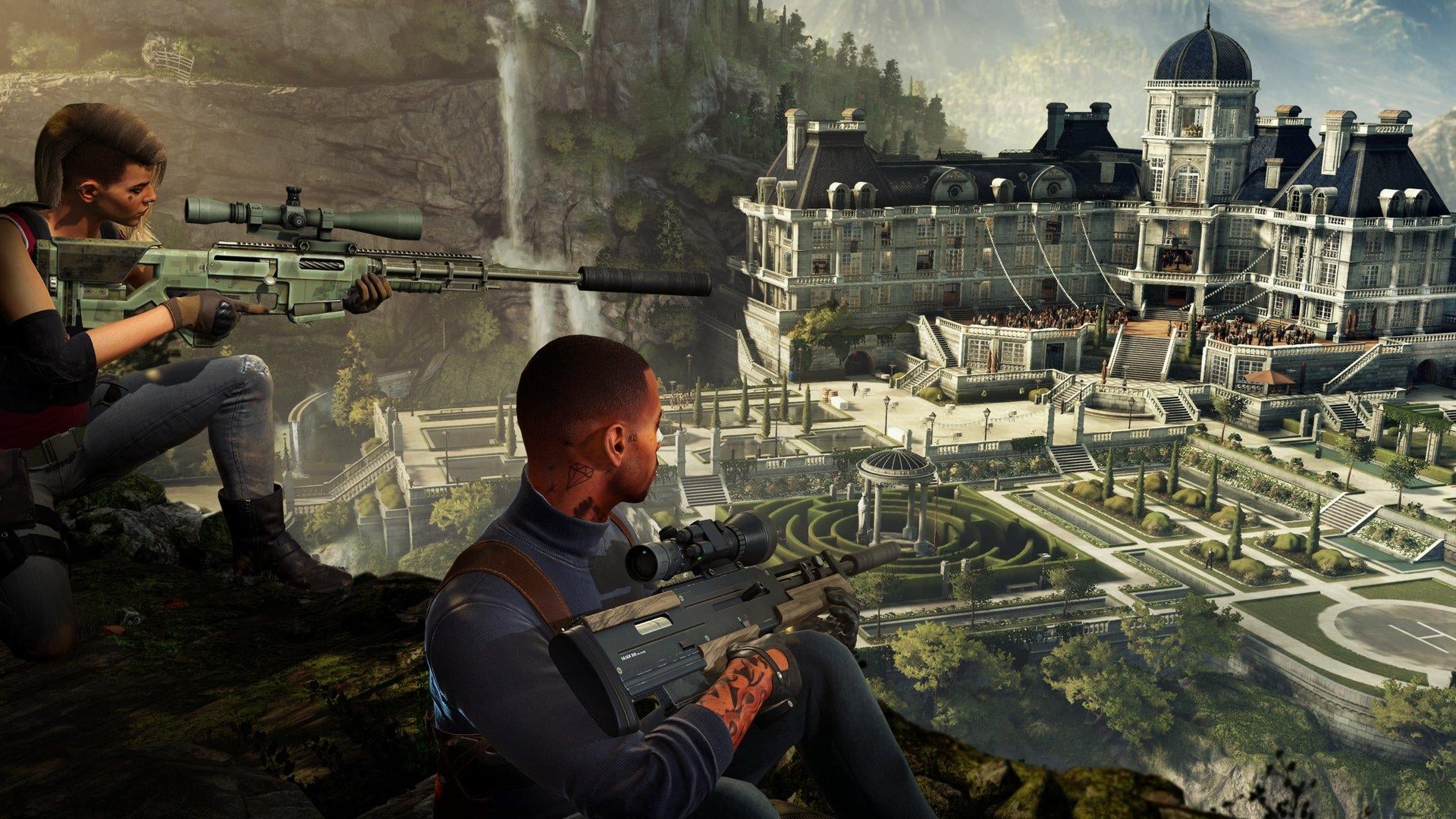 Sights and Sounds of the World

The graphics of Hitman 2 will not reach Red Dead Redemption 2 style of detail, but that makes up for the style of the game. It oozes style, especially Hawke’s Bay is very reminiscent of the old Bourne movies. While it lacks that super detailed look, it makes up for the sheer scale of its semi-open world hub, and how many NPCs are on the map. It makes the world lived in, full people, background noise and chatter, which has been missing from some of the open world games. HDR also makes the game look superb on consoles (currently this feature does not even work on PC – so plus one for consoles on this).

Sound design is superb; every shot has its punch, every grizzly strangling or drowning someone in a toilet has been replicated with proper depth. The characters have great voice actors, and even all the NPCs are good to listen to. There is some repetition from the crowds, but not that annoying. I was also surprised how many lines and reactions each NPCs have to your actions. The one negative I have to mention is that the lip-synch is off for some of the characters during conversations, other that even the sound is on point.

No Creed Can Live Up To It.

In the end, Hitman 2 (and the previous maps if you own both games), does what pretty much Assassin’s Creed should be doing at this point. You go in and without anyone noticing you kill a target in spectacular ways. While the story is just good, this reboot of the Hitman series’ enjoyment by the player will depend on how much the player is willing to invest in the maps, targets and opportunities. This is more of a puzzle game, and the player steers the gameplay. Unlike in Assassin’s Creed or even the recent Red Dead Redemption, while players have agency in the open world it feels limited (regarding eliminating someone), compared to the new Hitman series. It is best to experience the gameplay rather than reading about it as it can result in fun situations.

+ Lots of creative ways to dispose of targets
+ Gameplay is open, lets the player do anything
+ Worlds are massive and have the depth to them – especially if Hitman 1 is owned

REVIEW – Ah Hitman, a franchise that has gone through the same phases as the good old Splinter Cell series, except Ubisoft, never bothered to pick up their stealth series after Blacklist since 2013. Both series started as a low key stealth series and ended up becoming stagnant around the year of 2012 and 2013, with both trying to become more action-oriented. Que 2016 and Hitman returns while with much fanfare the reception was mixed, to say the least.   The episodic nature of the game nearly killed the franchise and ended up with Square Enix selling IO and the…
Hitman 2 – Hitman Baby One More Time
Hitman 2 – Hitman Baby One More Time
Dante
IO is back with the help of Warner Bros., and Hitman 2 is simply more Hitman, but refined, polished and plays even better. However, longevity will depend on the player.

IO is back with the help of Warner Bros., and Hitman 2 is simply more Hitman, but refined, polished and plays even better. However, longevity will depend on the player.