REVIEW – Making a video game adaptation out of a catastrophe is… well, quite an extreme idea, especially how it’s a Russian event made into a game by a Polish team. It already puts things into perspective, and I didn’t even mention that we are controlling an American spy and that we end up in a conspiracy theory.

On August 12, 2000, on the Barents Sea, a catastrophe happened: the Kursk submarine and all personnel on it (118 people) died in the incident. This event caused a troublesome time for Vladimir Putin (yes, he was already the president of Russia by this point!), becoming his first heated moment at the helm of the country. (It showed: first, he attacked the oligarchs, then the media.) 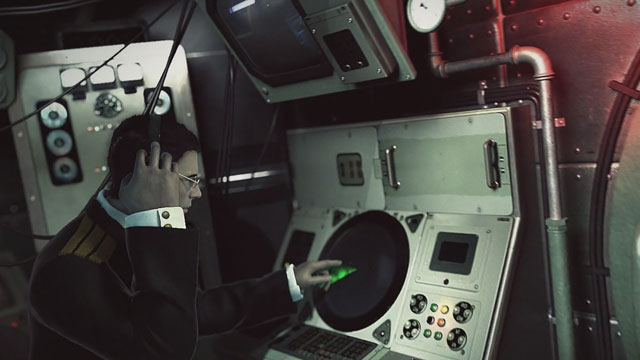 The idea itself isn’t stupid, but it has the potential to become something way too unique, imaginary stories around the base plot, and the result might not be too promising at the end. Still, Jujubee tried to recreate the inside of the Kursk as realistically as they could, and since we’re a spy, our primary goal will be gathering data during the first-person gameplay. Still, the Russians could have been a little more thoughtful, as they seemingly kept the important things for us in open sight multiple times on the Kursk. (Couldn’t they have come up with a better term than Top Secret?) Also, how logical is it that we go there as an investigator, and then we end up asking questions that don’t fit our visit to the crew. Figure that one out!

The whole thing falls apart quickly, and it feels heavily scripted at many points, ruining the ambience as well in no time. The animations are also… weird. I don’t know; maybe it tried to be too realistic. Meanwhile, the Polish developers ended up doing virtually zero facial animations for the crew members, so the mixture is exceptionally two-sided. The system requirements seem high, too. Sure, the graphics look mostly okay (I’m not saying it’s GOOD, though), but this blurry effect (as well as the abuse of the animations that are far too slow) is unbelievable, and I’m not joking when I say it caused me a headache. A day later, I opened a YouTube video about the first part of the game on purpose. I watched it on full screen, and again, I had to reach for an Aspirin pill. So with the Soviet/post-Soviet ambience (which feels alright) has some sick(ness causing…?) visuals, and a not-so-real story (as we still don’t know WHAT exactly caused the submarine’s destruction…) – the result isn’t that good.

Did I say that you need less than three hours to beat the game? Despite patching the game at least four times since its launch, the game is still not a perfect experience (but I give them that the ending isn’t bad…), and neither is the gameplay. You’ll have a ton of switches, buttons, and you’ll have to prepare for that annoying (and time-wasting) pixel hunting to find the prompt to press the E button to interact with an item… 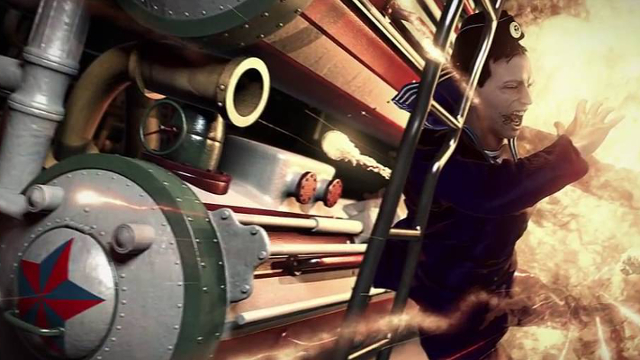 I think the fact that the crew members are speaking Russian with English subtitles is excellent. Kursk thus provides a more authentic experience than if they expressed some broken English. (And, in my opinion, the Wolfenstein reboots are also suitable for this reason.) They will talk, and say that they are bored, hungry, or thirsty.

You’ll need something to drink, too, because you might see a few things you shouldn’t,due to some graphical glitches (or, when I tried to walk down some stairs, only to walk straight forward…), which isn’t a pleasant sight. Neither are the faces of the characters. They look… like some wax people. I cannot find a better description. However, does the gameplay save Kursk? No. It’s pretty basic, and I know I have said it multiple times, but I can’t seem to find a better definition to describe it. Kursk is just a pure pixel- and item-finding game, nothing else.

Kursk has a board game DLC. Aside from it, the game is currently 11 dollars/euros, and I’m not sure if the game is worth that much money. You’ll look at your spy PDA often, and you’ll also have to get into certain positions/places (not too far, not too near) to interact with something like a door. The PR talk that the developers said, saying „it’s time to tell real stories” isn’t applicable to Kursk. We are just a robot with machine-like movement. The reason why I give Kursk a 5 out of 10 is that of the core concept, which wasn’t executed properly (graphics, animations, gameplay…), flopping Kursk on its back. The game’s length wasn’t helping either. So, I cannot recommend you to buy this game. Not even watching a video of it – this submarine has sunk deep, and nobody is looking for it. It got sunk. Character limit.

REVIEW - Making a video game adaptation out of a catastrophe is... well, quite an extreme idea, especially how it's a Russian event made into a game by a Polish team. It already puts things into perspective, and I didn't even mention that we are controlling an American spy and that we end up in a conspiracy theory.   On August 12, 2000, on the Barents Sea, a catastrophe happened: the Kursk submarine and all personnel on it (118 people) died in the incident. This event caused a troublesome time for Vladimir Putin (yes, he was already the president of…
Kursk – Slam Dunk… Sunk
Kursk – Slam Dunk… Sunk
V
A good idea with a bad execution

A good idea with a bad execution

User Rating: Be the first one !
Spread the love
Tweet
Tagged JujubeeKursk REVIEW