Kingdom Hearts III Will Allow You To Take Selfies! Square Enix has released another batch of screenshots of Kingdom Hearts III, whose development was in shambles for a bit due to the swap to Unreal Engine 4. AllGamesDelta has gathered them all – you can check them out here. They include Remy from Ratatouille, as well as some minigames. We are going to embed one, though: 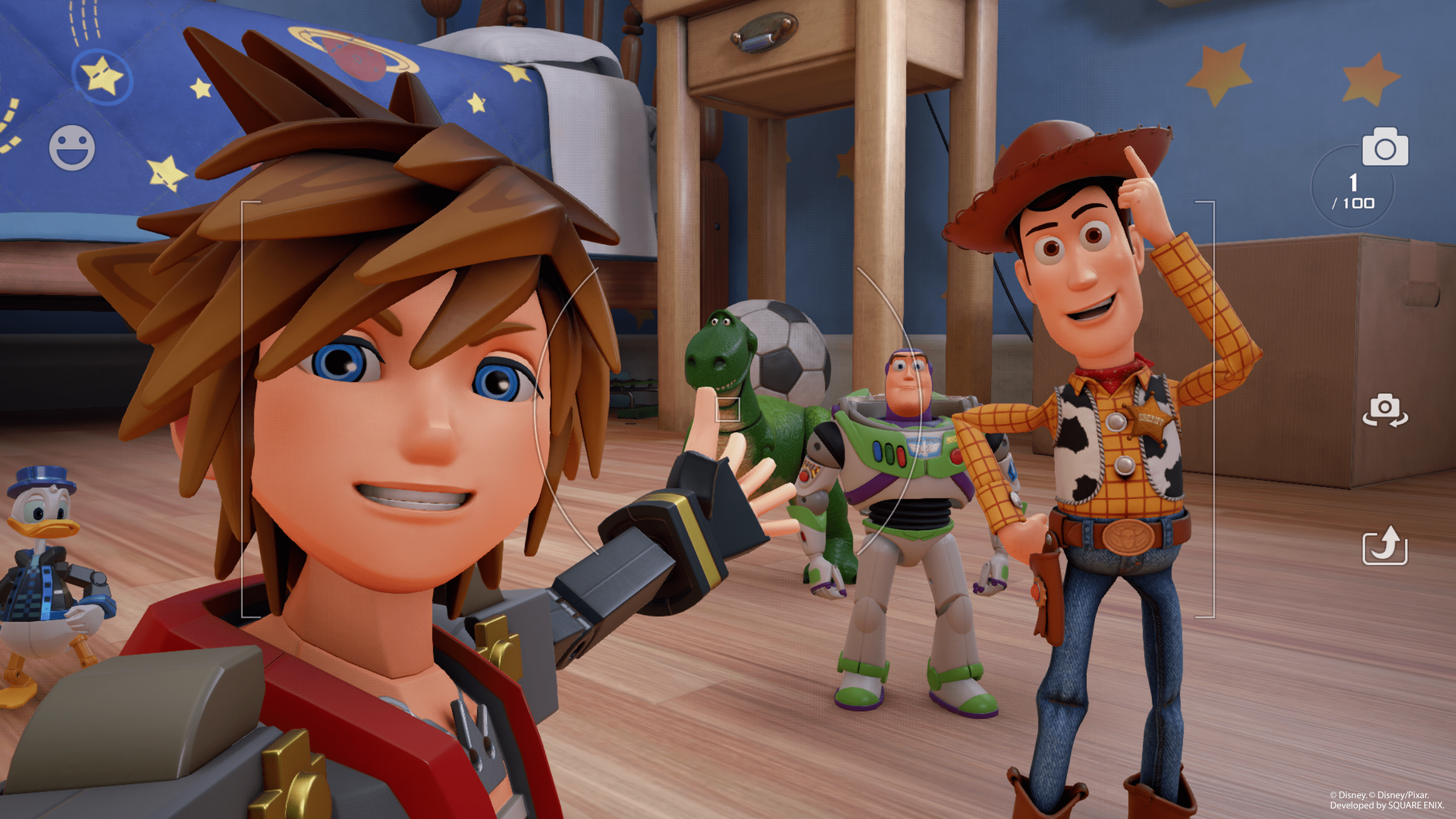 With the Gummiphone, Sora can take selfies. We are not joking, and this is not a hoax – it seems like something of a social critique by Square Enix and Disney with the RPG that is less than two weeks away from its launch…

Kingdom Hearts III‘s opening theme, Face My Fears (created by Hikaru Utada and Skrillex!), is now available as part of the Face My Fears EP. It contains both the English and the Japanese version of the theme, as well as two other songs called Don’t Think Twice and Chikai. You can buy it on several digital stores, such as iTunes.

Unfortunately, Kingdom Hearts VR Experience, a free PlayStation VR experience, got delayed once again. It was first planned to be available on Christmas Day, but since then, Square Enix has pushed the release day back to January 23, according to Destructoid. We don’t know the reason behind the second delay.

Kingdom Hearts III‘s Western release is going to be on January 29 on PlayStation 4 and Xbox One, four days after the Japanese version.