Another Major AAA Game Leaves Steam; The Community Is Furious! We keep hearing that an AAA game doesn’t appear on Steam, but uses another PC solution instead, usually in an exclusive format. The situation keeps repeating!

Deep Silver will launch 4A Games‘ Metro Exodus in a few weeks. Previously, they already turned many players’ interest off by saying the usage of Denuvo is their policy (even though Deep Silver’s owners, THQ Nordic, released Darksiders III DRM-free on GOG…), but now they went another step further.

Until now, Metro Exodus was available for pre-purchase on Steam, but an announcement came on Facebook, saying the game turned heel on Steam to be exclusive to Epic Games Store (for a year!), and the reason behind this move is that Tim Sweeney’s digital storefront doesn’t take 30% of the sales revenue like how Gabe Newell’s Steam does, but only 12%. The Internet didn’t take this move in a good manner. (Also, and this affects us in Europe, there’s one more thing: in the US, Metro Exodus is 50 dollars on Epic Games Store. In Europe, it’s not 50 euros as it should be, even if that is already more money in US dollars, but 60! The Gold Edition with the season pass also has a difference: 75 USD, 85 EUR…)

„It’s not cool. At least you should give the option for people to still buy Metro [Exodus] on Steam if they want. Where I live, a new AAA game costs 1/6 of a monthly salary and I can’t really afford to buy games at full price. That’s why Steam Family Sharing is good because I can buy games with one of my buddies so we only have to pay half the game’s price and it’s good because we can still support the developers and we can enjoy the given games too on our own accounts. But it’s not possible on the Epic Store so I think I won’t be able to support this game now,” DaemonX, one of our editors, wrote. „You have single handily ruined your sales for this game. I have all of the other Metro games on Steam, even the Redux versions. I refuse to install Epic Games just to play Metro Exodus,” another comment says.

Valve‘s announcement follows: „Later today, sales of Metro Exodus will be discontinued on Steam due to a publisher decision to make the game exclusive to another PC store. The developer and publisher have assured us that all prior sales of the game on Steam will be fulfilled on Steam, and Steam owners will be able to access the game and any future updates or DLC through Steam.

We think the decision to remove the game is unfair to Steam customers, especially after a long pre-sale period. We apologize to Steam customers that were expecting it to be available for sale through the February 15th release date, but we were only recently informed of the decision and given limited time to let everyone know.”

The Steam users are furious, and let’s admit it, they have a good reason to be angry. However, now Valve responded to Epic’s aggressive expansion, even though the latter’s launcher has far fewer options than Steam. See the image below.

Meanwhile, we got a press release from the Hungarian distributor of the game, Magnew (thank you!), so we’re quoting parts that haven’t been mentioned before. Those who pre-ordered Metro Exodus on Steam will be honoured, and the pre-order bonuses, as well as the season pass contents, will also be available to them on Valve‘s platform. Those who bought Metro Exodus on Steam will be able to buy the season pass separately there as well. Pre-ordering via Humble Bundle will also be honoured. The physical PC edition will still contain a key to play, and while the press release doesn’t say it, we learned from the distributor that they will also contain Epic Games Store keys. Minimum system requirements: Windows 7/8(/8.1?)/10 OS, Intel Core i5-4440 CPU, 8 GB RAM, GeForce GTX 670 / 1050 / AMD Radeon HD 7870 GPU, DirectX 11 or 12. Recommended system requirements: Windows 10, Intel Core i7-4770k CPU, 8 GB RAM, GeForce GTX 1070 / RTX 2060 / AMD RX Vega 56 GPU, DirectX 12.

Metro Exodus is out on February 15 on PlayStation 4, Xbox One, and PC. 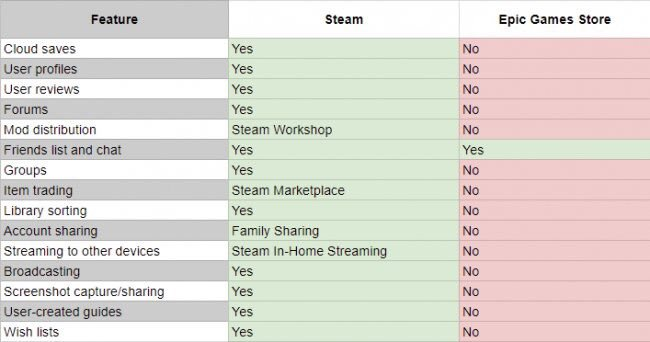