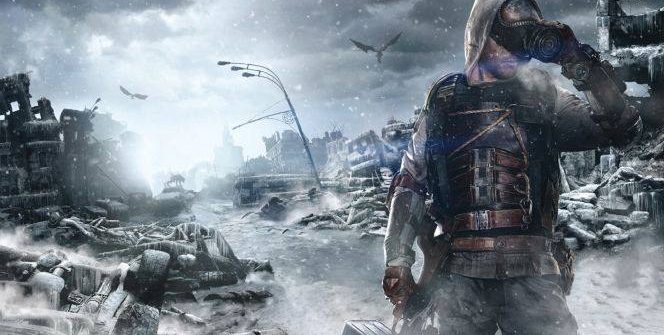 REVIEW – If this year’s game lineup wouldn’t be that strong, it will be now – even though we just barely started this year. Because next to such big hits as Resident Evil 2 and Kingdom Hearts III, Metro Exodus has arrived to sweep the floor with them. Why? Because it turned out to be so awesome.

There are a lot of similarities between the beloved CD Projekt RED and 4A Games. Both teams have a tremendous amount of artistic freedom and both of them started small, in Europe’s heart.

Both studios made two cult-classic titles that were based on a pre-existing book (it was The Witcher and The Witcher II: Assassin of Kings for CD Projekt RED, while it was Metro 2033 and Metro: Last Light for 4A Games).

These are standout titles, yet they failed to gather really mainstream success, they were sleeper hits instead. However, CD Projekt RED finally managed to get tons of fans and a huge success thanks to their next game in The Witcher series, The Witcher III: Wild Hunt. It’s not that surprising considering the fact that they made one of the best RPG games ever.

I think that a similar success awaits for Metro Exodus and for 4A Games‘ team as well, despite the Epic Games Store exclusivity. Not just because there’s a huge hype around this game, but because they made an exceptionally great FPS. Of course, it’s hardly surprising to anyone who knows the studio’s past entries, but still, Metro Exodus manages to be better than the previous games in basically every aspect.

Exodus changes up the known Metro formula in multiple ways. The game’s opening segment is a kind of a nostalgic throwback to the old Metro days and it also stands to lead up the huge changes in both storytelling and gameplay. Artyom traverses through the metro tunnels to go to the surface once again because he is sure that there’s life outside of metro – he managed to get some radio signals from far outside of the metro previously and that’s what makes him believe this.

Of course, no one from the metro believes him, none of his comrades, friends, and not even his wife, Anna. Everyone believes that only those few people survived the nuclear catastrophe who flew to the metro tunnels in Moscow.

But things change when Artyom goes to the surface again, but this time, with Anna, because they see a train move through the snowy and cold winter of Moscow. This is where Artyom’s and his comrades’ journey starts, a four-season journey to the unknown full of danger.

The first critical change is that we finally leave the metro stations and a brand new post-apocalyptic world welcomes us with its many wonders, secrets and dangers. Aside from this, the developers listened to the biggest things the fans have asked for: more freedom.

While Metro Exodus is still not an open-world game (and I’m thankful for that), it now follows the wide-linear level design philosophy, similarly to some of the levels in Uncharted 4, Uncharted: The Lost Legacy, or in The Evil Within 2.

There are more focused, classic style Metro levels and there are mini open worlds where the players can explore and do side quests, etc. This is great because the narrative remains strong but there’s also more options for the players now in terms of gameplay.

Surviving in the unknown

Metro Exodus‘ core pillars are the following: exploration, discovery and combat. These things work flawlessly together. You have to gather resources for survival – you can craft many different things using them. But in order to do that, you need to explore – and with exploration, comes danger. But the braver you are and the more you explore, the more you’ll get rewarded for your efforts. Sometimes with a lot of resources, sometimes with gun modifications, and rarely with suit modifications as well.

All of the key parts of the game are being held together by the strong narrative that gives these a real purpose and elevates them to the next level. There are no fetch quests in this game, everything is narrative driven and every piece of the world has its own story.

What I also love is that the game doesn’t hold the players’ hands. You’ll get a map, maybe some basic objectives and after that, it’s up to you what you’ll do and how you will solve things.

Also, the story is brilliant once again with strong twists that make you wanna jump out from your seat – at least I almost did that at a certain point. The characters all well-written and loveable, while the bits and pieces of lore you can find in the world are interesting but often sad. But in the main story, there’s always hope, even in the darkest times.

A new standard in a technical front

4A Games always tried to push the technical boundaries of their games, especially on PC – but it was the case even in the old GSC days, and this is the case here as well. I can say quite confidently that Metro Exodus is the most beautiful game I’ve ever played, not just because of the mindblowing graphics, but because of the stellar art design as well. I played this game on a high-end PC with the absolute highest settings and believe me when I say this, I’ve never seen anything like this.

The champion of the atmosphere

Metro Exodus is a nearly perfect game. Its level of immersion is incredibly high because its dangerous world is built very consistently and in a very believable way. The different aspects of the gameplay work flawlessly together and the narrative elevates them to a new level. It’s such a great experience to play it and sink into its world. My problems with the game are purely technical, but these weren’t that big and these are probably going to get fixed soon anyway.

Metro Exodus is a must-have for people who love FPS games, survival games, or games with a great narrative.

+ A content-rich title with a strong story, strong characters and world-building, with a perfect atmosphere
+ Satisfying gunplay and rewarding exploration, perfect harmony between the gameplay elements
+ Amazing technical level

– The English dubbing requires getting used to (it sounds a little strange at first)
– Smaller technical problems (on PC and on consoles)
– On PC, the game is Epic Games Store exclusive

REVIEW - If this year's game lineup wouldn't be that strong, it will be now - even though we just barely started this year. Because next to such big hits as Resident Evil 2 and Kingdom Hearts III, Metro Exodus has arrived to sweep the floor with them. Why? Because it turned out to be so awesome.   There are a lot of similarities between the beloved CD Projekt RED and 4A Games. Both teams have a tremendous amount of artistic freedom and both of them started small, in Europe's heart. Both studios made two cult-classic titles that were based…
Metro Exodus – Russian Apocalypse Now
Metro Exodus – Russian Apocalypse Now
DaemonX
Metro Exodus is a must-have for people who love FPS games, survival games, or games with a great narrative.

Metro Exodus is a must-have for people who love FPS games, survival games, or games with a great narrative.