REVIEW – After four years of waiting we finally have a new Crackdown game, an Xbox exclusive franchise is back for this generation. This time we even get a celebrity for the third game. Aka Terry Crews is giving his voice and likeness to one of the playable main characters. A boatload of weapons, colourful enemies, vehicles and one giant location to go wreck havoc on.

We also get good old things back from 2007. Sadly it is 2019, and the gaming industry has moved on, but let’s see how Crackdown 3 manages in this fiercely competitive environment. Plus whether it lives up to its old 2014 reveal trailer. The story of Crackdown 3 takes place a couple of years after the last game, and the world has been devastated by multiple attacks by an evil corporation called Terranova. A company that aims to control humanity by depriving them of power and bombing cities. The refugees that arrive at the island are greeted by a fascist dictator and are put to work to further the cause of the corporation. In response, The Agency leaps into action and led by Commander Jaxon (Voiced by Terry Crews) they fail spectacularly. The local resistance decides to regenerate the player, but with all their skills lost they have to regain all their skills.

Crackdown 3 takes place on Terranova’s Island, which is a mix of everything. It has its industrial part, entertainment for the masses, and skyscrapers. After the initial tutorial mission, the game just lets you do whatever you want. There are barely any cutscenes, and the story is thin as it gets. As an agent, you have to dismantle the Island’s main industries one by one: These are Logistics, Industry, and Security. As you dismantle the operations, by destroying equipment, freeing the local militia, or just generally causing havoc, you gain intel which in turn will unlock area bosses.

The boss fights themselves range from mediocre to good but getting there is a bit of a slog. As a lot of objectives are just destroying things, but not in the most creative ways. The old 2014 trailer showed some epic stunts, and concepts and none of that survived in this game. You find a building you hack it, or you destroy it, a meter goes up, and after a while, a boss appears. The game also gives you an array of weapons that are stored in supply houses once picked up from enemies and grenades. We get the usual pistols, rocket launchers, and rifles, but there’s the occasional acid shooter, or multiple missile launchers, and a rocket-powered fist. 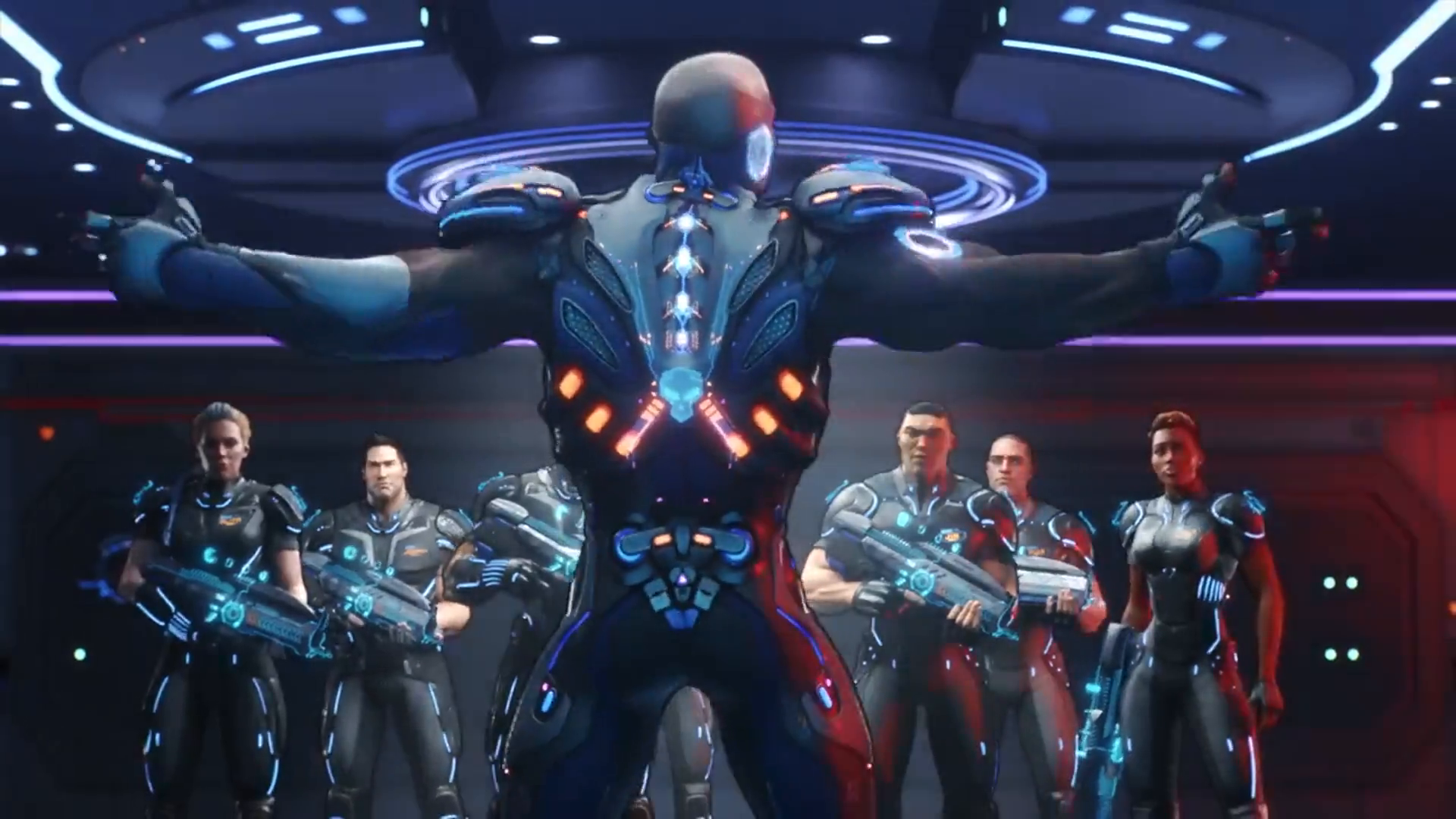 The Power of Mediocrity!

While the weapon variety is there in Crackdown 3, and the core gameplay sounds fun in theory, but it just gets repetitive. With all the talk about the power of cloud and destructibility from the initial reveal and throughout the years, Microsoft did not clarify on how this will work up until the last year or so. Basically, there is no destructibility in the single-player campaign. There is some in Crackdown 3’s multiplayer, but even that is a bit disappointing. I don’t really understand why they needed the power of the cloud, or even not put in some kind of destructibility into the singleplayer, as Red Faction Guerrilla, and even EDF series had this feature. Both games were last gen games, and Crackdown 3 kinda looks like a last gen game sadly.

Most of the textures are sharp, especially when playing on the Xbox One X, and the city is colourful, but at the same time, the map is just unbelievably small. Compared to the original Crackdown game where there were three islands, with distinct enemies, here it’s just one island that can be easily completed in around 5-7 hours. The agent basically levels up when killing enemies with guns, explosives, melee or driving over them with a car. Plus you’ll need to collect agility orbs to jump higher and unlock new skills. Besides the boss fights, the normal enemies are easy to kill, and if you upgrade everything properly, and use a few powerful weapons you can breeze through the game. It is fun to kill enemies with all those weapons and can result in some wacky situation, but that destructible environment, plus a lot of maps would have given the game the kick in variety it needed.

The game also features a multiplayer mode, which is fine, but even there the destroy everything on the map is a little disingenuous. The graphics are average, and the sound design is just okay, although the music is quite great.  It is 2019’s most colourful game, and the effects are nice, but none of that matters if the content, and the presentation is barebones. Also it’s best to play as the Terry Crews model since his voice acting is great.

The game came „free” with Gamepass, and while the game was in development for four years, it really feels like a budget title. It is not a horrible game, but when comparing the marketing material and even ideas presented a year or two ago just not even materializing in a game is quite disappointing. Maybe a reboot for next-gen Xbox will feature those ideas because the franchise and the concept are interesting, but ever since Crackdown 2, they have not been able to nail it down to be actually superb. Instead, we keep getting average games with promises being broken.

If you have a Gamepass subscription try it out, and put on your favourite podcast or audiobook, otherwise, I cannot recommend paying full price for this game.

REVIEW – After four years of waiting we finally have a new Crackdown game, an Xbox exclusive franchise is back for this generation. This time we even get a celebrity for the third game. Aka Terry Crews is giving his voice and likeness to one of the playable main characters. A boatload of weapons, colourful enemies, vehicles and one giant location to go wreck havoc on.   We also get good old things back from 2007. Sadly it is 2019, and the gaming industry has moved on, but let’s see how Crackdown 3 manages in this fiercely competitive environment. Plus…
Crackdown 3 – Nine-Nine Motherduckers!
Crackdown 3 – Nine-Nine Motherduckers!
Dante
A fun game, but it is stuck in 2007 with no iteration.