Did AMD Already Kill Off Manufacturing The Radeon VII Cards? 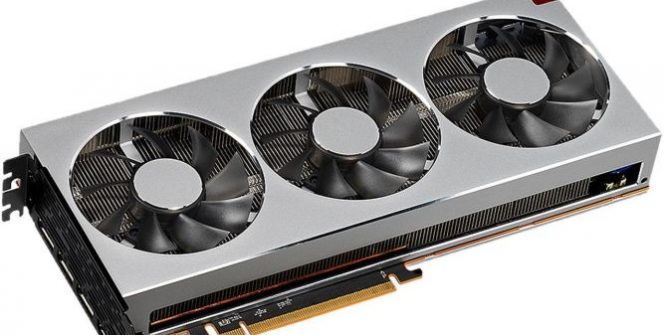 TECH NEWS – AMD had to respond to the rumours of them allegedly shutting down the production of the Radeon VII graphics cards.

A French website, Cowcotland, wrote based on its sources in the industry that the AMD Radeon VII graphics cards reached the end-of-life status, meaning they are no longer manufactured. The Radeon VII’s launch was already somewhat random (it seemingly was released only to be the first graphics card with a 7-nanometer technology…), as AMD was focusing on Navi in the background. The Navi will be used by the next-gen PlayStation (PlayStation 5?) and Xbox (Xbox Project Scarlett – no official name here either…) in a slightly modified format. Meanwhile, the Radeon RX 5700 XT launched, which almost hits the same level of performance as the Radeon VII, so shutting the latter down would make sense.

„We continue to see strong availability of Radeon VII in the channel for both gamers and creators.” This is AMD’s response. Don’t worry, we don’t get it either. There’s another reason behind the potential shutdown of the Radeon VII. It costs 700 dollars in the US. Meanwhile, the Radeon RX 5700 XT, whose performance is about 3.8% behind the Radeon VII, costs 400. To defend the Radeon VII: it’s good for heavy workloads, such as computing, content creation, rendering (such as Adobe After Effects), so it’d be good for professional usage, not for gaming. It might explain the price.

So who knows what the Radeon VII’s status is. If it is indeed no longer manufactured, then its remaining stock in the stores could be acquired by professional users. Meanwhile, the gamers, or those who have less money to spend, could pick the Radeon RX 5700 XT, and they wouldn’t be that far off in performance from the Radeon VII.