Is Guitar Hero Making A Return? There’s some discussion on Reddit how after 2015’s Guitar Hero Live, one of the flagship musical/guitar games IP might be planning a return (the other major player in the late 2000s was Rock Band). On USPTO, the United States Patent and Trademark Office’s website with some difficult searching, we managed to find the patent ourselves. We’ll quote the synopsis: „A music-based video game provides a user-directed sound generation feature. In some embodiments, the user is provided with a video game controller simulating a musical instrument, which the user may operate similarly to its real musical instrument counterpart. A free play feature is provided for users to operate the video game controller, where a processor of a video game console receives input signals from the video game controller and outputs audio samples based on the received input signals.

According to the USPTO, the patent was registered in April, while Respawnfirst claims it happened on June 27, while they forgot to link the patent itself… still, two possibilities occur here: either Activision Blizzard extended the patents, or there might be a new game in development, possibly for the next-gen PlayStation (PlayStation 5 – unofficial name) and the Xbox (Xbox Project Scarlett – codename).

It’s going to be interesting to see what might happen here. We don’t see much success for Guitar Hero nowadays. Ubisoft’s Just Dance is successful because this party game needs no extra controller, and it has no competitor on the market either. 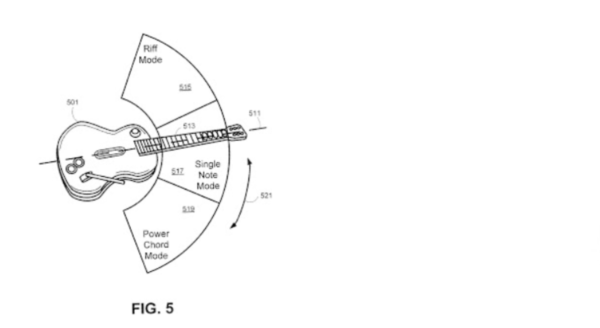