Is Doom’s Music Composer No Longer Working Together With id Software? [VIDEO] Gordon was responsible for creating not only 2016’s Doom’s soundtrack but also 2020’s Doom’s Eternal‘s. However, in the latter game, someone modified what he has done. If you bought the Collector’s Edition of the game, you got the game’s soundtrack (which should be available on Spotify in a couple of weeks). In it, if you are an audiophile, or have good audio equipment (headset or speakers), you might notice the soundtrack’s mix isn’t as good as it could be!

Here’s a comparison between the original BFG Division from Doom 2016’s official soundtrack (left) vs. the BFG 2020 remix on Eternal’s soundtrack from today (right).

Notice how the wavelengths in BFG 2020 form a nearly perfectly straight bar vs. the original with more definition pic.twitter.com/TCJRdOe1Yf

This tweet compares BFG Division from Doom 2016 and Doom 2020. We’ll try to explain it in a way so you can easily understand. Look at the stereo image of both versions. The left one is from the 2016 Doom game, which has a wide, dynamic range, allowing the song to reach its full potential. The right image shows Doom Eternal’s version, which is heavily compressed, causing Mick Gordon’s work to be butchered. Aside from a tweet, you can also hear the difference in a video below, and it also shows how easy it is to do such compression in Audacity, a freeware program:

The tweet was so picked up that even Gordon responded: „I didn’t mix those and wouldn’t have done that. You’ll be able to spot the small handful of tracks I mixed (Meathook, Command and Control, etc…)”

Previously, under a fan cover of one of his songs, he wrote on YouTube that „all those stupid ‘time signature changes’ are a result of someone from marketing piecing this track together without any musical knowledge.” (When you notice the song seemingly has a different rhythm.)

These were the facts, now for something unconfirmed – on Reddit, someone screen-capped a private discussion with Gordon. He revealed that he doubts he’ll ever work with id Software again, so if there’d be a new Doom game, he might not be involved in that. 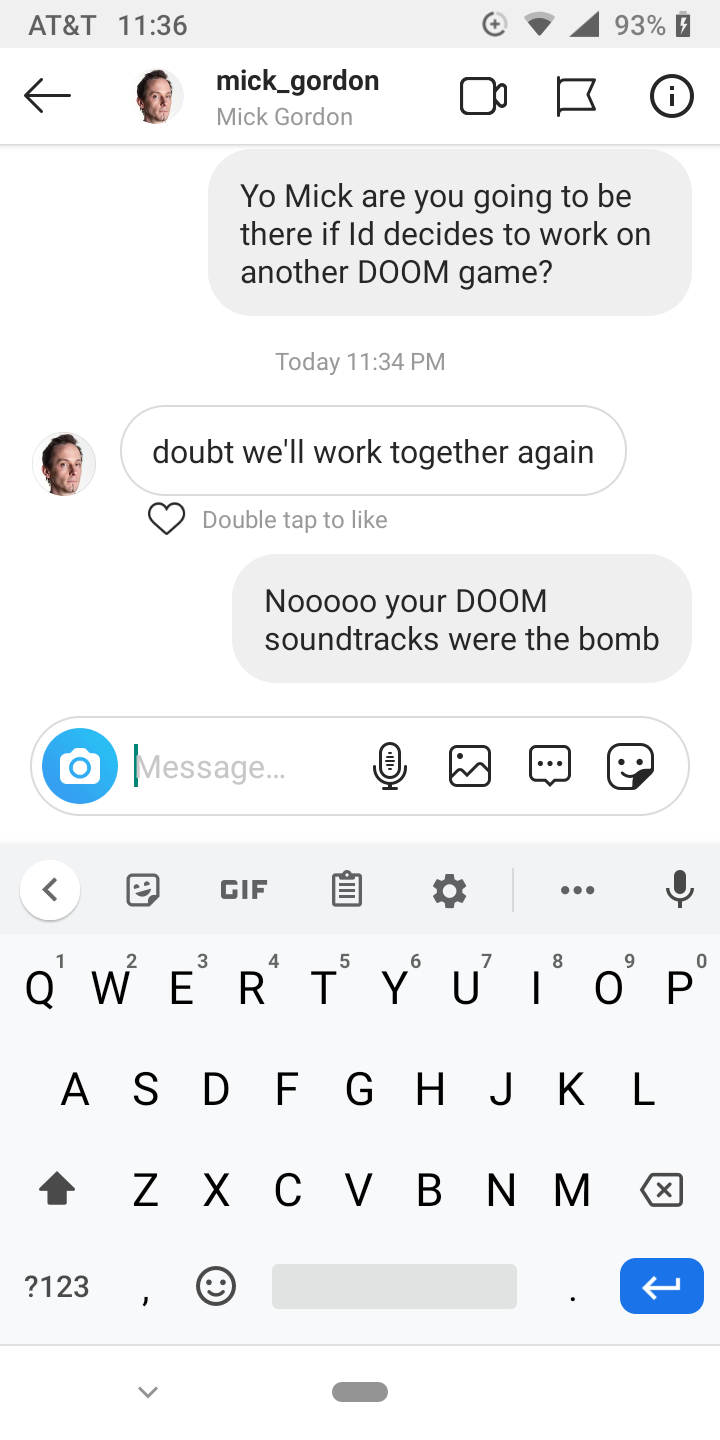 It’s not official yet, but the situation looks dire.