Suicide Squad: Kill the Justice League confirmed – this could be the official title of the new Batman game! But will we see the Batman himself again?

Warner Bros. Games Montreal announces its new game in the Batman universe on DC FanDome, thus celebrating August 22nd. Although it’s not official yet, there are all indications that the makers of Batman: Arkham Origins are working on a new video game, one of the protagonists of which may be the Caped Crusader.

“Gamers! You don’t want to miss the first taste of the new and exciting game, there will be questions and answers with the creators!” DC Comics announced the event. The conversation is said to take about 20 minutes and will begin at 8:00 p.m., Saturday, August 22nd. 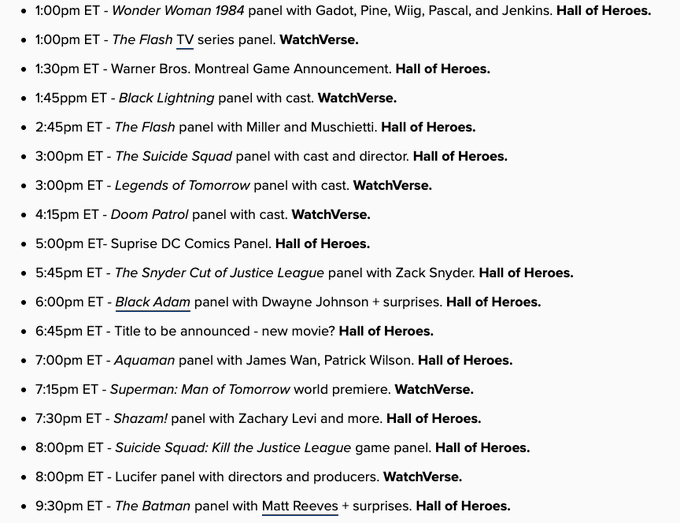 That’s not all we learned about the DC FanDome show. In this regard, looking at the picture above, you can immediately see that Suicide Squad: Kill the Justice League can actually be considered the official title of the next Suicide Squad game. Based on the first image, it can be assumed that this will be a Justice League vs. Suicide Squad story published by the comic book publisher in 2018.

“Will Arnett – Batman’s voice in The Lego Batman Movie – will host the unveiling of the long-awaited Rocksteady Studios video game,” the Burbank comic book publisher added, adding that we can expect a roughly 20-minute talk on Aug. 23 at night from 2 a.m.

Now that the name of the long-rumored game has been confirmed, we can be a little more confident that the expected Gotham Knights will be unveiled in addition to the Montreal production of Warner Bros. Games, even if that isn’t the final title, the rumors should be treated with caution anyway, but it is said to be a soft-reboot in the Arkham saga in which the Court of the Owls could be an enemy of Bruce Wayne and company.

There will also be a panel of the DC FanDome series, movies, and comics, with DC characters like Superman, Wonder Woman, Batman, and more. – while there will also be a separate panel for Zack Snyder’s own Justice League cut, as well as Warner Bros. Pictures movies within the 24-hour show, such as The Flash, Black Adam, or the new The Batman or Suicide Squad movies.

There are still many programs that have not been announced from the show, so there may be another video game here as well. Let’s say an Injustice 3, which has also been rumored on social media for a while, which will get a panel anyway, whether the new game is coming or not: the panel is called Inside Injustice – Making the Hit Games & Comics.

Injustice’s show promises to “look behind the making of successful Injustice games and comics.”