Tell Me Why – Memories REVIEW – The Dontnod game that touches upon the subject of transsexuality isn’t going to be as memorable as the first Life is Strange (not only because of the shorter length but also because of… being maybe undercooked), but it can be a decent experience for those who want to play episodic games. 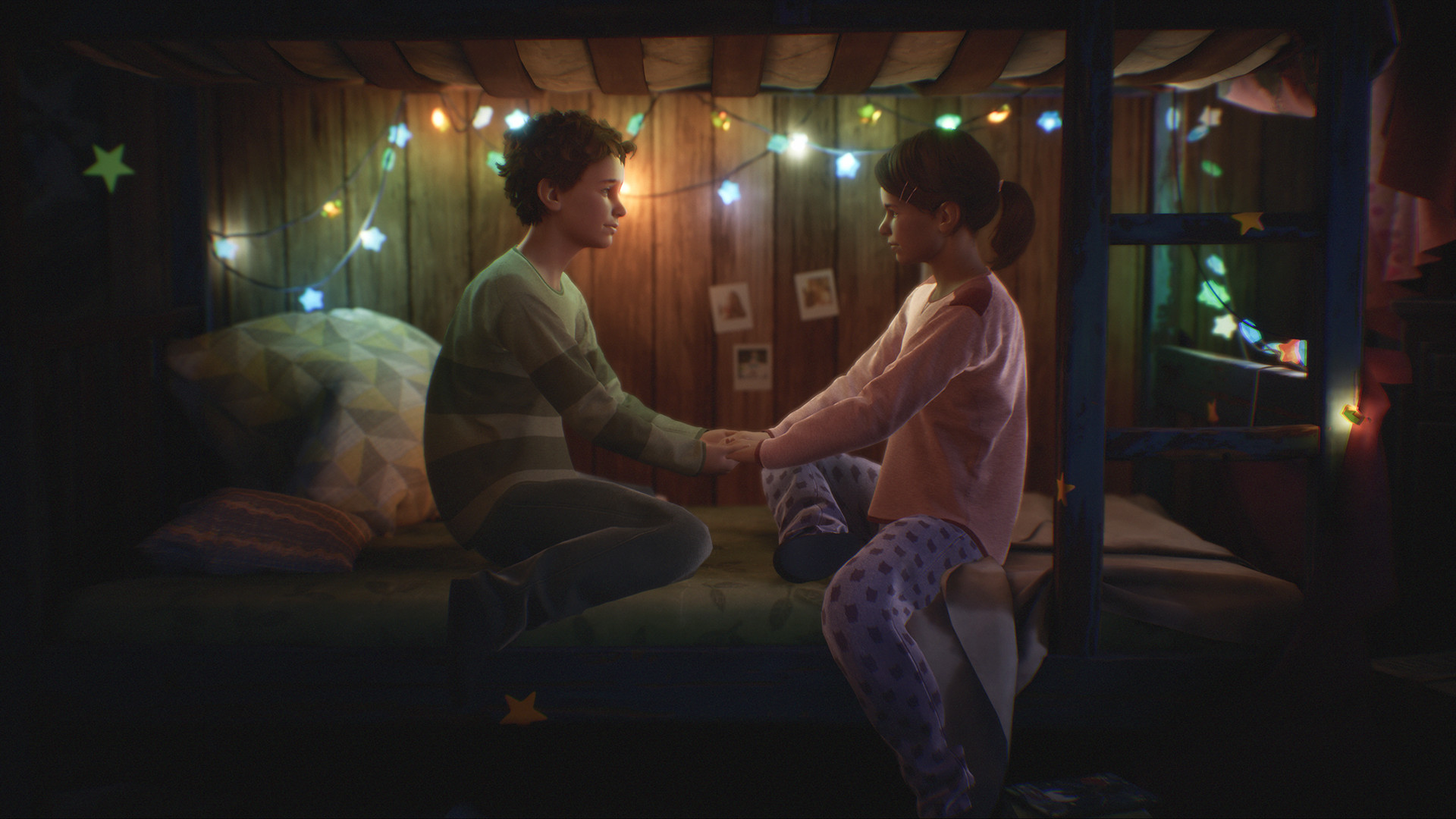 You are so far away from me and yet so close…

Tell Me Why discusses how you may not know as much of direct family members as you’d think, even though you spent several years together with them in your life. We can also add the separation into the mix, as Tyler and Alyson Ronan have not seen each other for years, as the former (who also happens to be transsexual) has killed their mother, Mary Ann, in self-defence. While Tyler was away, he changed genders, and the twins have to pack up shop in their old home, while the memories come to the forefront. They will soon realize that the memories they have do not line up with each other, and while they are looking for the truth in this small town, they will face almost complete antagonistic people about them trying to learn what happened. You will need to find important pieces to progress your investigation, but finding said piece can be easier said than done, but since we are talking about a Dontnod game, the special ability is somewhat expected to be present, and we have one: the twins can perform the memories and display them in the world around them, allowing them to find the clues, which in turn help them to find the person they need to talk to or their next location. With this ability, the past and the present world are blended uniquely, and I’m pretty sure it sounds stupid in text format, in practice, it works fluently.

Although we are talking about two characters, so I do need to point out that Tyler and Alyon have different memories about certain events, and here’s the point where you will have to decide on whose story is to be believed. It’s a good thing because it makes the player think, and it allows them to see the past differently, not to mention how it increases replayability. I might remember being in my baby bed in 1990, watching the local television’s „picture newspaper,” the truth could be me watching a different television station a few years later. Thus, it means we might not remember things correctly, and Tell Me Why is working nicely in this aspect. This is why it’s always a good idea to listen to multiple opinions and not just take information from one side, as that might not have the truth after all. I know, the previous sentences sound extremely philosophical… 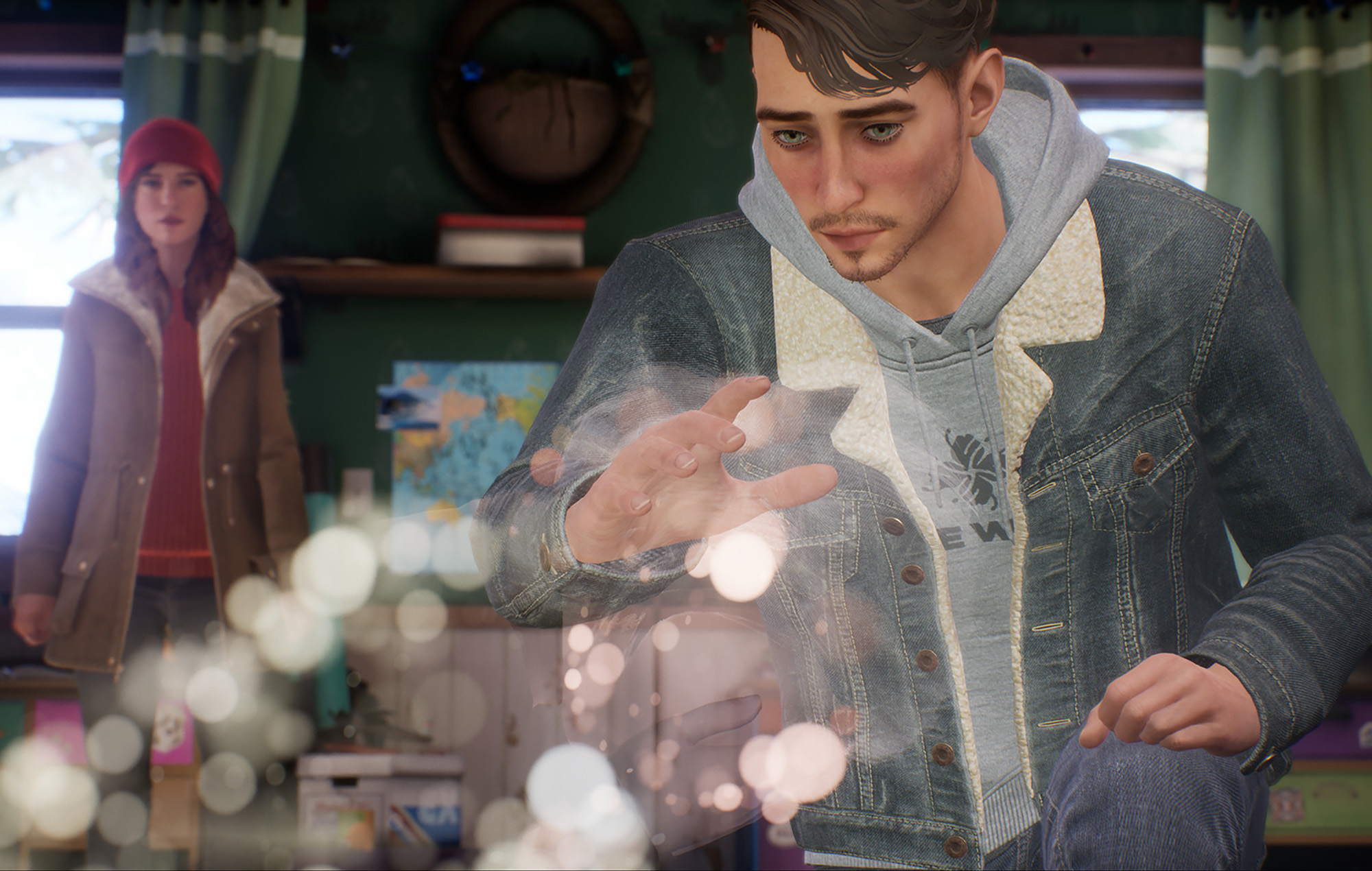 The dialogue between the two twins can be mostly called good, but there are questionable portions in some parts, as their wording could be doubted, and the result might also be below what you expect here and there. If we look aside from the fact that they have telepathy going between the two of them (we’re talking about a Dontnod game after all), the quality could be noticed how it drops off at a few points. Sure, they haven’t seen each other for a decade and the relationship between the two of them isn’t entirely the best (or family-like), but we should expect more from a developer that found its niche in this genre. The graphics are… alright, but the game won’t be memorable for this.

Alaska is a relaxing place, but in our case, it could cause tension instead. I’d also point out Tyler, who, yes, will be hated by a few characters in the game, because he doesn’t represent the sex he was born with. However, there will be characters that will try to joke about the situation with less than optimal results. It depends on the player. The biggest issue in the rating is the predictability, though, and in an episodic game, we should expect more than the usual clichés, even if this game has just three episodes. The developers could have done more or better, but they might not have had enough time to properly cook the game.

I can safely say that this game is a week eight out of ten, but I give Tell Me Why a score that starts with the number seven, as while this game does talk about a rare subject (aside from the transsexual topic, it discusses memories and their interpretation), I don’t think this game will be memorable. It doesn’t mean it’s a week game but I don’t think we’ll play it for more than two times. The game is not available on PlayStation 4, so you will have to look for Dontnod’s product either on Xbox One or PC. Those who think more openly (I’m not going to use different terminologies because then I’d get the usual critique…), they should give it a try, as Dontnod’s style is mostly here. So it’s a weak eight out of ten, but I do not believe it can go any higher than that. It doesn’t make this game shabby whatsoever…

REVIEW - The Dontnod game that touches upon the subject of transsexuality isn't going to be as memorable as the first Life is Strange (not only because of the shorter length but also because of... being maybe undercooked), but it can be a decent experience for those who want to play episodic games.   Let's see this game!     You are so far away from me and yet so close...   Tell Me Why discusses how you may not know as much of direct family members as you'd think, even though you spent several years together with them in…
Tell Me Why – Memories
Tell Me Why – Memories
V
Why not?

User Rating: Be the first one !
Spread the love
Tweet
Tagged DONTNODMicrosoft WindowsTell Me Why REVIEWXbox OneXbox Series X and Series S