Abandoned: Is Hideo Kojima Playing An ARG With Us? There are many suspicious signs that Blue Box Game Studios‘ game is not what it seems.

Before announcing Metal Gear Solid V: The Phantom Pain, Hideo Kojima made up a studio (Moby Dick Studios) and used an anagram of his name (Joakim Mogren) when he announced the simply as The Phantom Pain. With P.T., he hid behind 7780s Studio as a build-up to Silent Hills, which then got cancelled.

PlayStation Lifestyle did some significant research into the background of Abandoned. We’re not discussing the game here, as we wrote about it when it was announced. On the PlayStation Blog, even the announcement from the game’s director, Hasan Kahraman didn’t feel suspicious. However, when Blue Box Game Studios (we know they write the name in all caps, but we don’t, because it’s egoistic…) announced that Abandoned is going to get a PlayStation 5 app where the PS5 can play the trailers in real-time, it got interesting, as until now, not a single PlayStation Studios (first-party) game has used this method so far! The app will launch on June 22.

The story takes a twist here. Blue Box then wrote: „Abandoned = (First letter S, Last letter L). […]” And guess what fits it: Silent Hill. A day later, they smokescreen: „[…] We have no relations with Konami. Silent Hill is owned by Konami. We do not have any relations with Hideo Kojima. It was never our intention to tease the name Silent Hill. We sincerely apologize for this.” And in a third tweet, they confirmed that they use Abandoned as a codename for the title. Let’s get a bit further: see the logo of Blue Box Game Studios (BBGS onwards) and PlayStation Studios next to each other…

The PlayStation 4, PlayStation 5 game cases are blue, so they are in a BLUE BOX. But why does an allegedly small studio use the plural in its name? (Blue Box Game StudioS) Hasan Kahraman’s initials are the same as Kojima’s, and we see zero results of what the studio has done so far (despite them claiming they were a support studio until now…).

On Steam, they have a game in early access related to them, called The Haunting: Blood Water Curse, which is inspired by Fatal Frame (whose Wii U-exclusive instalment is now coming to other platforms). But since then, they pushed the game over to Createq Interactive, also with no online presence. BBGS released a game on Android (The Whisperer with a black handprint icon, similar to Death Stranding; had only five downloads, no longer available), as well as another early access Android game (Tales of the Six Swords, also with five downloads).

Hasan Kahraman has an Apple App Store profile with a few low-quality asset flips, but there’s a non-app game called Go Fit XL, whose description says „Personal Training (PT) Programs”. P.T. Then BBGS’ website is minimalistic (no way to even join their team!), and their Twitter handle @BBGameStudios references the baby in Death Stranding (BB), plus many tweets seem reasonable in the Japanese time zone but not in the European one. The Dutch studio was allegedly formed in 2015, exactly a year after the announcement of P.T., during the time Kojima and Konami were splitting up. But this Japanese > Turkish Google translation speaks for itself:

BBGS’ YouTube channel banner had some hills with some low-hanging clouds (fog). BBGS might be trying to mislead us by saying they have nothing to do with the game. But this image in the PlayStation 5 Death Stranding: Director’s Cut announcement video says a lot. Sam Bridges is wearing a blue suit in a box while smirking, and on his back, there seems to be a Dutch flag…

This is where it starts to go into an ARG (augmented reality game).

Kojima shared an image on Instagram of Joy Division album art that matches up pretty well with the trees and forests seen in the Abandoned screenshots and trailer. BBGS started to share more details about the game („next-gen graphics, 4K, 60 FPS, no HUD, manual ammo check, taking care of wounds, realistic cinematic survival, and snowflakes of blood,” the last of which was used by Sony in 2014 regarding Until Dawn…).

And Kahraman somehow has a verified PlayStation Network account, only reserved for industry figures and developers. He also played a game that isn’t on the PlayStation Store, called Demon Blood, which uses Siren Head as the artwork. That’s a manga that Junji Ito worked on, and he said a year ago that he’d like to work together with Kojima. Then Kahraman’s PSN profile (SneakyWarriorr) has 1238 trophies, and this is a number Konami used in a Japanese Silent Hill 4 commercial. Sony might have added a few random trophies (unless they have even more clues). But that profile picture is interesting: Dev Con 2021?

The PSN account links to a YouTube channel called TwentySeven27. When was Silent Hills confirmed to be cancelled? On April 27!  was confirmed as cancelled publicly on April 27th. And what is Silent Hills, or the Silent Hill IP in general nowadays? It’s abandoned! On Reddit, a reveal claims that at 49 seconds in the reveal for the game has a graffiti on the wall that says „Kill The Trespassers,” with a narrow tree blocking a couple of letters. Those letters happen to be T and P. Again, we are at P.T.

Kojima Productions has a small satellite studio set in the Netherlands, so in the same place as BBGS! And finally, Geoff Keighley (The Game Awards, Summer Game Fest) got a question about the game, and his answer had him smiling and grinning all the way, claiming he had a few messages from Hasan.

It can no longer be a coincidence. 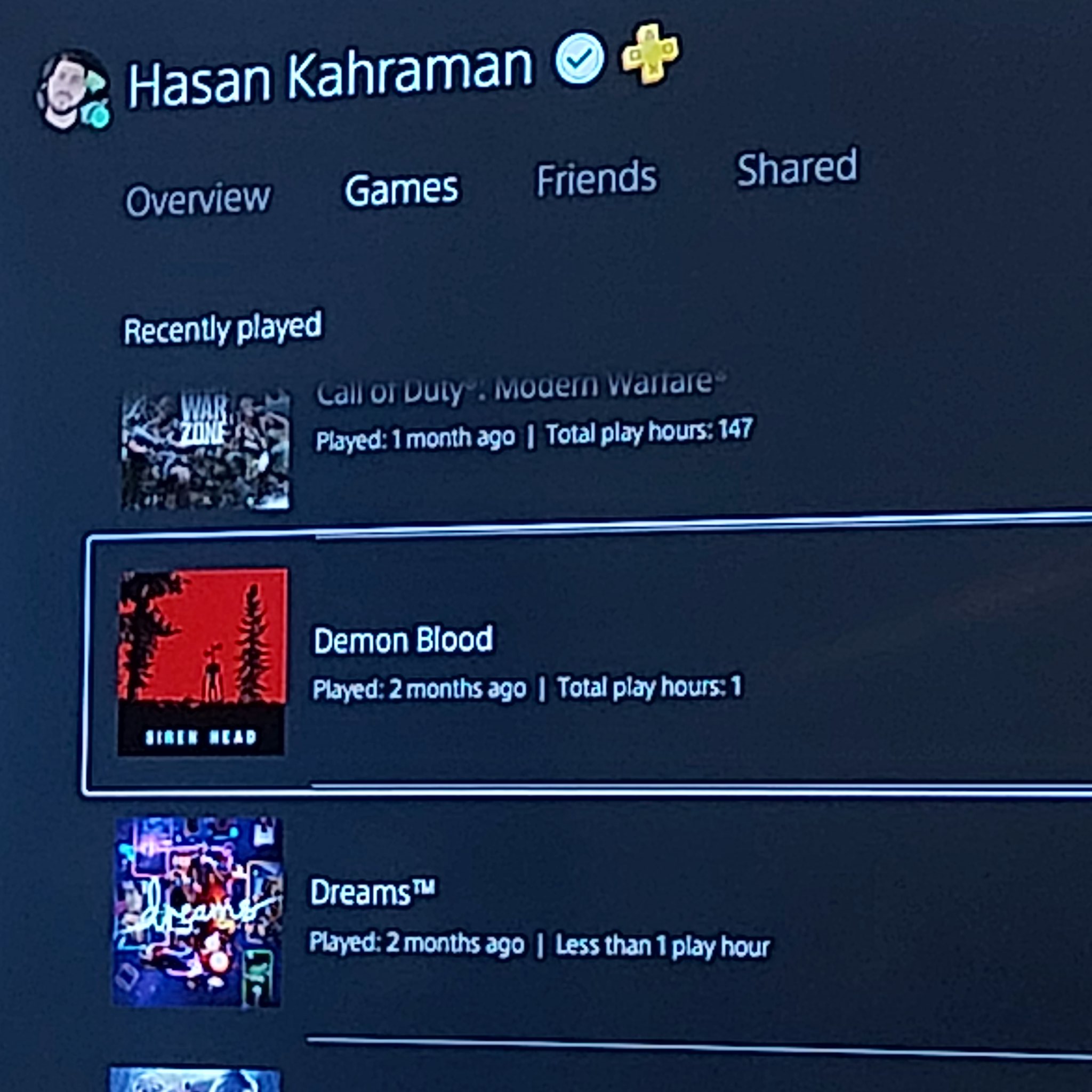