We previously wrote about that after Japan, Australia has received the PlayStation 5 Standard Edition and the PlayStation 5 Digital Edition in a revised, new model, the CFI-11XX. The launch models were under the CFI-1XXX model name. We already mentioned how the new models shed some weight, but we didn’t know the reason yet.

However, a YouTuber, Austin Evans, figured out why the PlayStation 5 suddenly lost weight. The reason is none other than a smaller heatsink, resulting in a console running hotter! Evans took a PlayStation 5 Digital Edition launch model and a Japanese import of the revised model, putting the thousand and the eleven-hundred models side-by-side. The new PlayStation 5 runs three to five Celsius degrees hotter!

He then began tearing down the two systems to compare the internals. The reason behind the lost weight is a significantly smaller heatsink compared to the original. The new model has less copper, plus fewer aluminium heat fins present. “Oh My God! I have like half the heat sink!” Evans said, and you can see them in the image below. The original model weighed 1639 grams, while the new heatsink is 1368. There’s 271g of difference.

There’s a new Wi-Fi receiver component on the CFI-11XX model, but it has yet to be examined. Another difference in the new PlayStation 5 Digital Edition is a new fan manufactured by Delta Electronics. While the original fan from Delta (and Sony often uses Nidec and NMB, too) has 23 wing blades, the new one has just 17! The new model is less loud (42.1 dB vs. 43.5), but its energy consumption is higher (228.23W vs. 225).

Regarding the PlayStation 5 Digital Edition, we can somewhat understand Sony cutting corners, as this model isn’t profitable yet. Still, the PlayStation 5 Standard Edition (with the Blu-ray drive) is already making money for them. 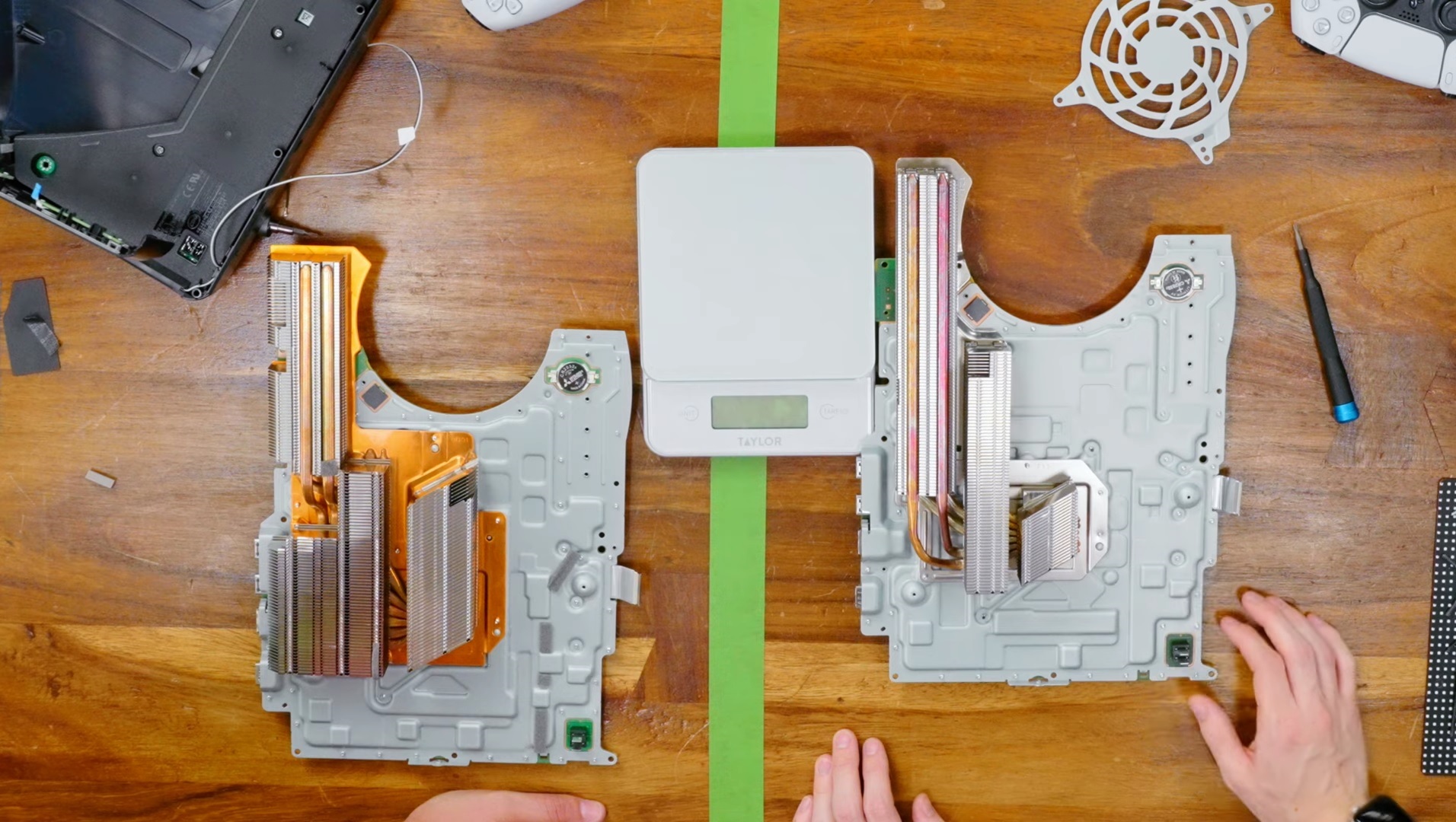 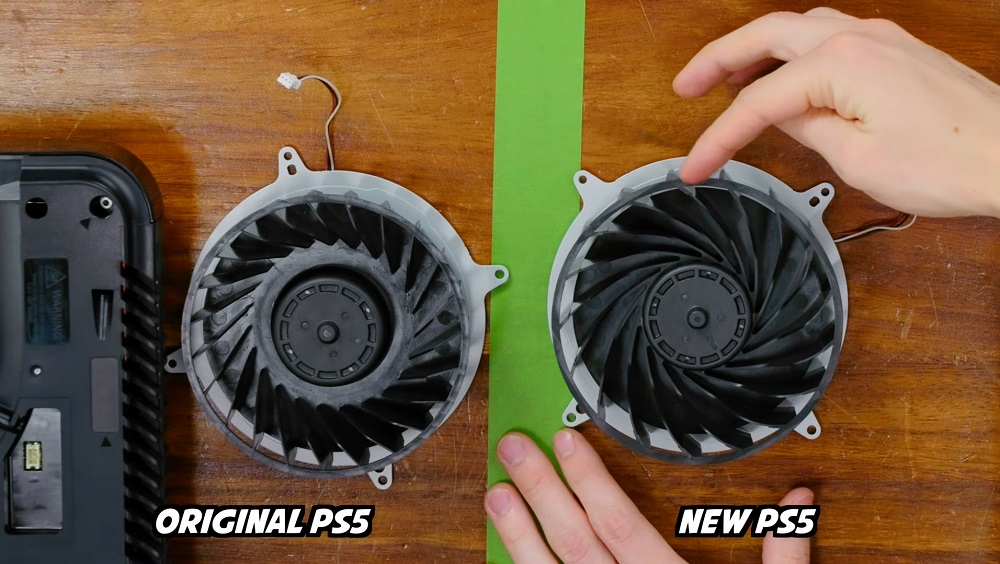