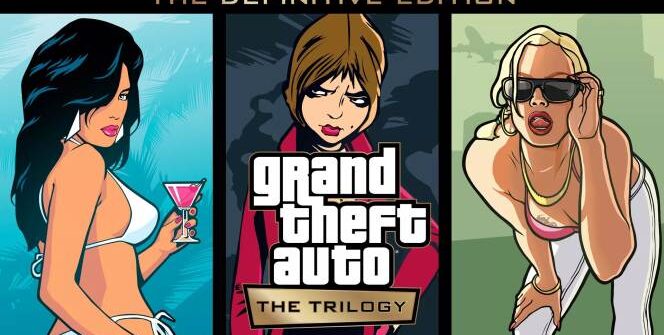 Released on Thursday, the trilogy is full of issues: it can’t run at a stable 60 FPS on PlayStation 5 (!?), the Nintendo Switch struggles, and the PC version is currently unavailable, even for those who have already paid for the games. No joke: Rockstar Games (or Grove Street Games, the studio responsible for the mobile versions and then the PS3/X360 releases of them… ) and Take-Two withdrew the trilogy from the Rockstar Games Launcher (which was unavailable for 18 hours, if the hair-raising story wasn’t enough), so it’s pretty unethical to not have access to a product through the fault of the other party. (Especially after the original three games were taken off Steam…)

But why is the trilogy a dumpster fire? The video above sums up quite nicely the myriad of problems. Terrible looking models, eye-straining, ridiculously poorly (and with bugs!) executed rain; the removed fog and the increased draw distance in San Andreas spoil the atmosphere; the road signs are wrong, and so on. These reasons are why on Metacritic, the PC edition of Grand Theft Auto: The Trilogy – Definitive Edition has no reviews (no pre-release review code was provided anywhere for the press, so we were perhaps right to feel suspicious about seeing no gameplay pre-launch), while it currently has a score of 0.6 on a scale of 1-10 out of 1991 user reviews.

Why was the PC version withdrawn? For amateur reasons (and the official reasoning doesn’t even mention it…): they don’t have a license for more songs whose OGG files were left in Vice City and San Andreas, but the trilogy doesn’t have access to them. In addition, you can also find code with developer comments in the package (non-compiled mission/script source code). On PC, the game runs better if you force the Unreal Engine 4 API to DirectX 12 (with the -dx12 parameter at the shortcut), and enabling vsync helps too because there’s no frame inconsistency.

All these issues don’t seem to bother Take-Two at all. Strauss Zelnick, the publisher’s CEO, likened Grand Theft Auto to the James Bond franchise, adding that it will live on for an extended period. Here’s what he said during the Jefferies Virtual Global Interactive Entertainment Conference: “If it’s great it will keep going. I don’t know if you saw it, I just saw the new Bond film, that was great. And you would like every franchise to be James Bond. There are precious few entertainment franchises of any sort that fall into that category, but they do exist. And I think GTA is one of them; I think Red Dead is one of them, NBA is one of them because the game [of basketball] will continue to exist.

I’ve always said that annualising non-sports titles runs the risk of burning out intellectual property even if it’s good, so we take the time to make something that we think is incredibly phenomenal, and we also rest titles intentionally so that there’s pent-up demand for that title so that it’s a special event. I go and see a Bond film because there isn’t another one in two months – I’m going to see every Bond film,” Zelnick said.

We don’t have anything to add to that comment.