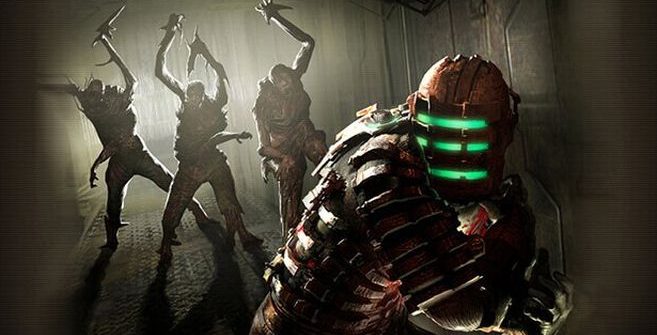 The rumours weren’t wrong: Isaac Clarke is indeed not returning in 2022…

A few days ago, we wrote about rumours that Motive and Electronic Arts are focusing on quality so that the studio can achieve Capcom’s quality level they earned with the Resident Evil 2 Remake, so they decided to push back the Dead Space Remake to early 2023. It got confirmation on Twitter, meaning the remake for the 2008 survival horror is skipping the 2022 holiday rush.

In a live stream, the studio discussed how they would work on the audio. Here’s what Terry Calico, the senior voice-over designer, said: “In the original when Isaac was sprinting or injured, you would hear additional grunts to emphasize his level of exertion play simultaneously over top of the base breathing rate. Exertions, such as melee and stomp, also played over on top of the breathing, rather than interrupting it. If you listened carefully, you were hearing two voices simultaneously. The exerted breaths didn’t interject the base breathing.

For the Dead Space remake, we’re building a system that supports transitioning respiratory rates through fatigue and low-health states seamlessly. As another example, in the original, when Isaac was gasping for air while running out of oxygen, exiting the vacuum of space or using an oxygen refill would instantaneously and unnaturally revert Isaac to a calm breathing state, as if nothing had happened. For the Dead Space remake, you can expect to hear Isaac catch his breath as he recovers from a lack of oxygen.

We’re also building what is called the A.L.I.V.E. system. It encompasses all components of Isaac’s breathing and heart rate, vocal exertions and dialogue, influenced by various driving gameplay features. In our game, adrenaline is derived from multiple values driven by external factors that directly influence Isaac’s heart rate BPM. External factors that act as adrenaline are the combat difficulty value, scripted events and jumpscares, Isaac’s fatigue level, Isaac’s oxygen level and Isaac’s health. We want Isaac to reflect how anyone would physically react in the scenario he’s placed in and vice versa to influence the player to feel the same response. For Isaac’s scripted dialogue lines, where the player maintains complete control of Isaac, we’ll have three variations of each line to pick from, based on his current state. A standard version, a fatigued version and an injured version,” Calico said.

So they focus on immersion as well with the sounds. Dead Space Remake is launching in early 2023 on PlayStation 5, Xbox Series, and PC. In May, Motive will hold another live stream for the game. In that broadcast, the studio will focus on art-related work.