MOVIE PREVIEW – In a new adaptation of STEPHEN KING’s classic thriller from the producers of The Invisible Man, a girl with extraordinary pyrokinetic powers fights to protect her family and herself from sinister forces that seek to capture and control her.

For more than a decade, parents Andy (ZAC EFRON; Extremely Wicked, Shockingly Evil and Vile; The Greatest Showman) and Vicky (SYDNEY LEMMON; Fear the Walking Dead, Succession) have been on the run, desperate to hide their daughter Charlie (RYAN KIERA ARMSTRONG; American Horror Story: Double Feature, The Tomorrow War) from a shadowy federal agency that wants to harness her unprecedented gift for creating fire into a weapon of mass destruction.

Andy has taught Charlie how to defuse her power, which is triggered by anger or pain. But as Charlie turns 11, the fire becomes harder and harder to control. After an incident reveals the family’s location, a mysterious operative (MICHAEL GREYEYES; Wild Indian, Rutherford Falls) is deployed to hunt down the family and seize Charlie once and for all. Charlie has other plans.

Directed by KEITH THOMAS (The Vigil), from a screenplay by SCOTT TEEMS (Halloween Kills) based on the novel by Stephen King, Firestarter is produced by JASON BLUM (Halloween, The Invisible Man) for Blumhouse and Oscar® winner AKIVA GOLDSMAN (I Am Legend, Constantine) for Weed Road Pictures. The film’s executive producers are RYAN TUREK, SCOTT TEEMS and MARTHA DE LAURENTIIS.

The film’s director of photography is KARIM HUSSAIN (Possessor) and the production designer is ZOSIA MACKENZIE (Giant Little Ones). The film is edited by TIM ALVERSON (Halloween and Halloween Kills) and its costume designer is ALINE GILMORE (Possessor). 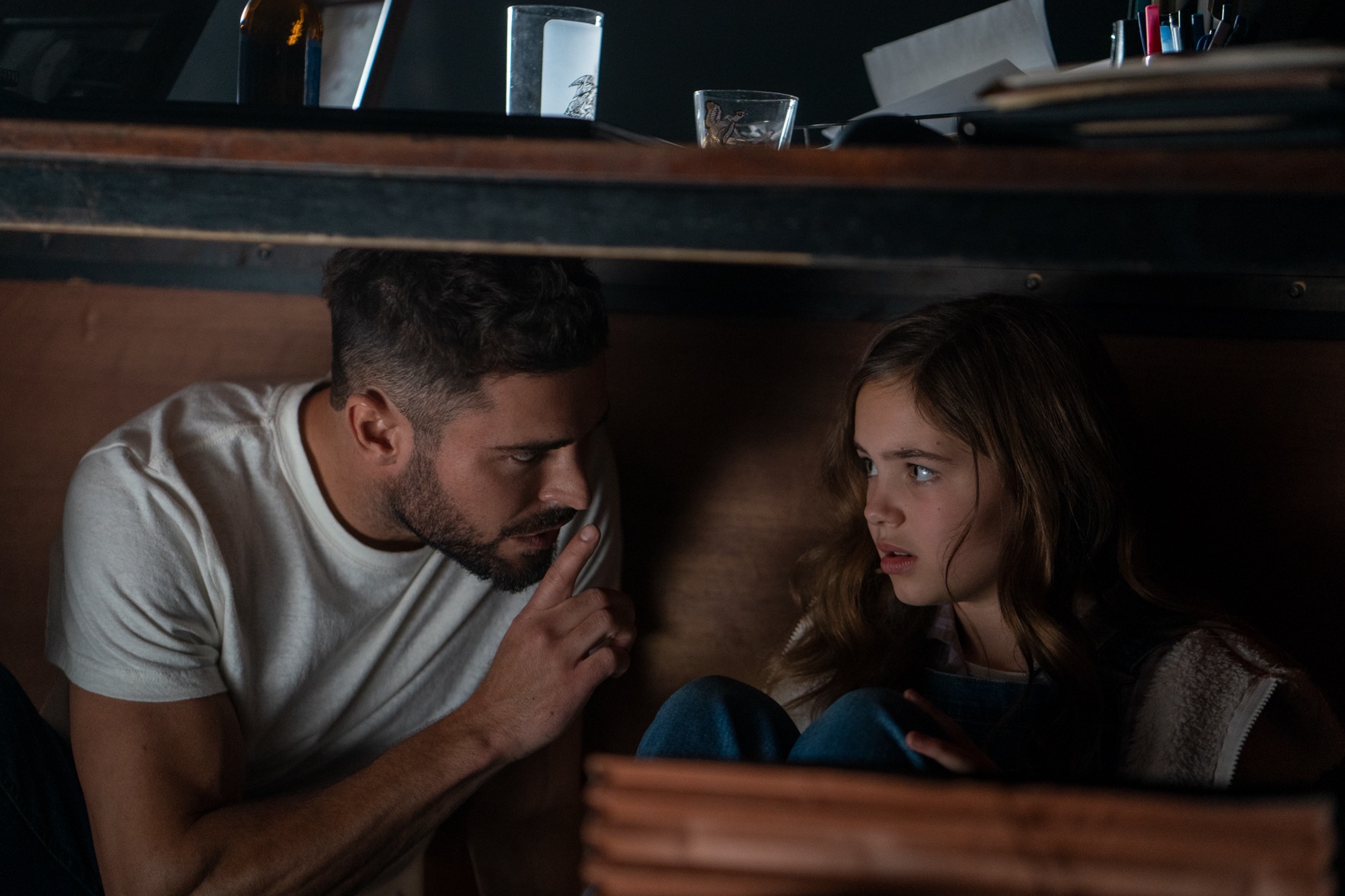 The backstory – Flame of Inspiration: igniting a New Firestarter

Stephen King’s best-selling classic, Firestarter, published in 1980, is celebrated for its complex, character-driven story, which follows a young girl with extraordinary powers who is fleeing a government agency that wants to harness her powers as weapons. The novel was developed into a film in 1984 and starred a young Drew Barrymore, and, now more than 30 years later, when the idea to reimagine it for the 21st century came to producers Jason Blum and Akiva Goldsman, who had previously worked together on the Paranormal Activity films, decided the time was right to reignite it.  “There’s a new generation of horror movie fans who have maybe heard of the first film, but they haven’t seen it,” Blum says. “We thought it was a great opportunity to make the story a bit more contemporary and discover new faces.”

For Goldsman, the opportunity to revisit King’s work alongside Blum felt ideal. “Stephen King is first among equals,” Goldsman says. “He is as significant a literary figure and contributor to my imagination as anyone who has ever written. For me, he’s a real-life hero. I found a truth and comfort in his view of the world when I was quite young. That may sound like an oxymoron considering what he writes about, but there was just something I understood and yearned for in the magic that he saw behind the world. Jason, on the other hand, is just an old friend. But he does extraordinary things in his corner of the woods. And both of those things are terrifying in the best possible way, so the collision and synthesis of the two is more terror for your dollar.”

The natural choice to craft the story’s script was Scott Teems, who most recently worked with the Blumhouse team on Halloween Kills, and has been working with the production company for many years. In King’s novel he saw an opportunity in this new adaptation to emphasize the peril and impossibly high stakes for the girl, Charlie, and the fears, anxieties and determination of her parents to protect her at any cost. “One of the gifts that we got in making this film is that there had already been a fairly faithful film adaptation of the story,” Teems says. “That gave us a lot of freedom to try a new approach. For me, that meant making it personal. This is a story about the perils of being a parent. I have two daughters, so I connected deeply with that aspect of the book, and used many of my own experiences in shaping the story.”

Once they had a draft of the script, the filmmakers set out to find a director who could capture both the story’s mystery and terror and its emotional, character-driven core. And after seeing Keith Thomas’ film The Vigil, Blum was eager to collaborate with him on his next project. “I sat down with Jason and the Blumhouse team and we talked about various projects that I had written, and at one point, Jason had to step out of the room to take a call,” Thomas says. “Eventually, the door burst back open, and Jason came back in and said, ‘I know what your next movie is. It’s Firestarter.’ And of course, I knew the title and thought it was an awesome idea. So, I read the script on the flight home, and by the time I landed, I knew I wanted to do it.” 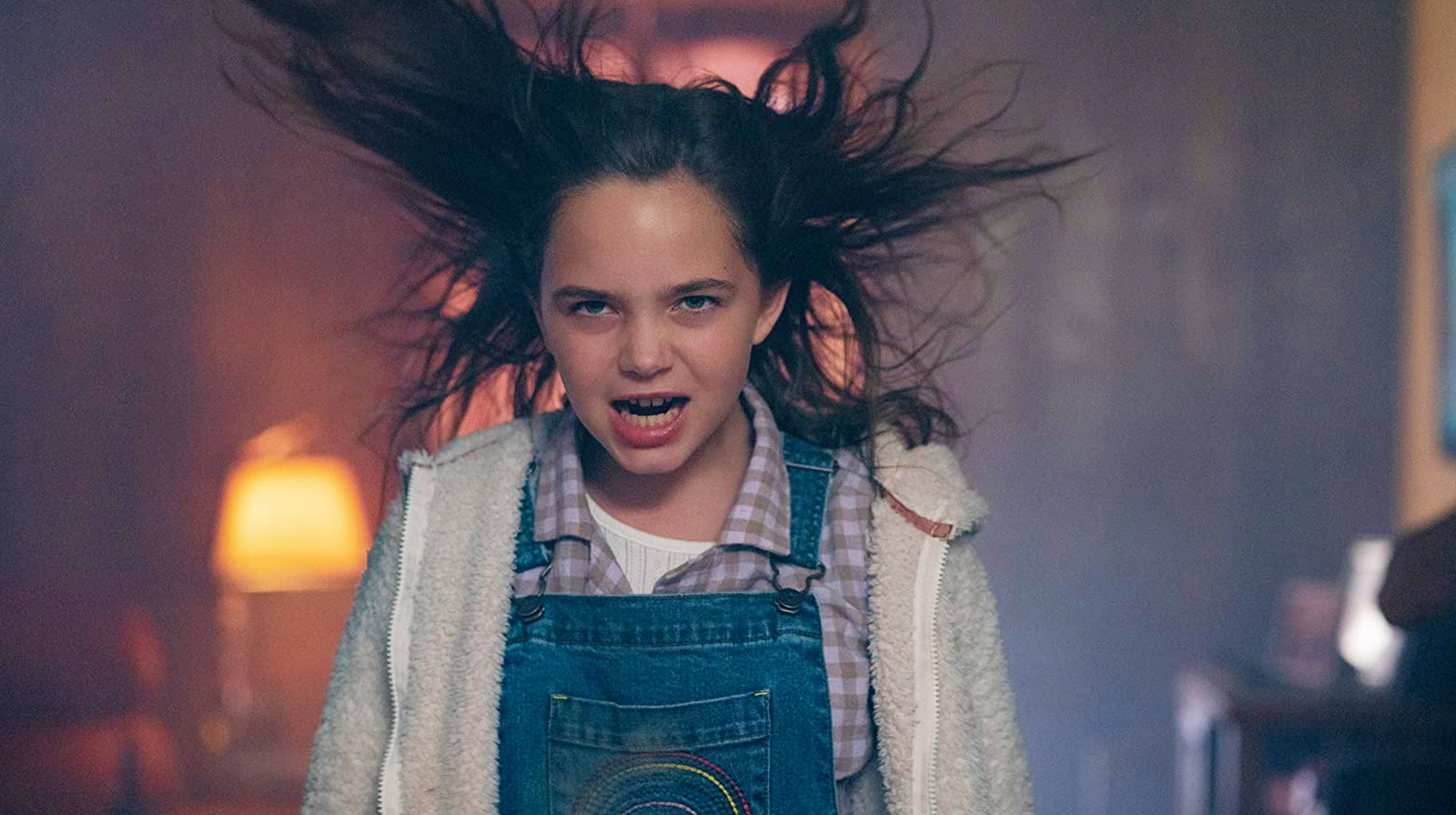 Goldsman was confident that Thomas would be a great fit. “Keith has this extraordinary combination of naturalism and genre sense, and it’s hard to get those two things together,” Goldsman says. “And something that Jason and the team at Blumhouse do beautifully is create these environments where naturalism and genre have to go hand-in- hand, because they’re done in a way that is grounded. You need the ability to see the real world, but then insert something unreal within it. And somehow, Keith sees the world that way and can craft a vision that way very convincingly.”

Thomas also had a unique, and unexpected, connection to the story of Firestarter.  In the film, Charlie has inherited her powers from her parents, who acquired their own telekinetic powers as the result of top-secret medical experiments that they had participated in years before her birth. “I had a career in drug research before I started filmmaking, and I did clinical research programs just like the one in the story,” Thomas says. “So, I know that world, and it was fun to bring the knowledge that I had from it into the film.” He laughs. “None of the patients in any of my studies developed any telekinetic powers, though.”

Once Thomas was on board, he and Teems solidified the script with their combined visions. “Keith and I both have kids around the same ages, so we poured a lot of our shared experiences as fathers into the story and the characters,” Teems says. “As I was writing the script, my oldest daughter was going through the age that Charlie is in the film, and then as we were making the movie, my younger daughter moved through that age. To be able to share those experiences with Keith and weave them through the film was special and powerful.”

Through the film’s development process, the producing team was exhilarated to see the themes of King’s novel seamlessly woven into the film. “There’s something about Firestarter as an echo of human development, and particularly preadolescence, that’s always been quite resonant,” Goldsman says. “Something that Stephen King does so uniquely is he evokes in us the child’s imagination. And although his rules may not follow conventional rules of the boundaries between natural and supernatural, they follow some system that we recognize. I think the most important theme that the story explores is how we manage our own pain. In Firestarter, Charlie’s rage can truly kill. And I think the idea of pyrokinesis—that our rage, our love, our fear—can manifest itself physically and, specifically, in the form of fire, is resonant. It’s an extraordinary way to explore how we handle our own despair and suffering.”

Thomas hopes that what he’s delivered to the screen is true to the novel and highlights the depth and breadth of King’s storytelling skills, which transcend genre. “Firestarter is not what I think a lot of people might think of when they think of Stephen King,” Thomas says. “They might think of It or The Shining. But in this, we don’t have ghosts or monsters, so it was important to utilize these interesting characters that King developed and make them feel grounded and realistic, yet impactful and scary, too.”

So much of the powerful tension in horror films comes from the danger faced by characters whom the audience can feel for and relate to, so the filmmakers worked hard to ensure that the film’s family was grounded in the emotional truth of real life. “I’ve always been drawn to the depth of characters in King’s stories, especially parent-child relationships,” Teems says. “In Firestarter, that parent-child bond and the struggle to raise a child who’s different resonated deeply with me. What it’s like to be bullied, what it’s like to feel alone in the world, how a parent tries to comfort a hurting child, how a parent tries to help when their child has anxiety—all of that is in this story.”

At its core, Firestarter is about a family simply trying to survive, and that’s a collective experience all people can all connect with. “I think Firestarter is something that men and women, especially parents, will be able to relate to, even if they don’t like traditional horror films,” Blum says. “Because ultimately, it’s about parents who go to extreme lengths to protect their child, and I think a lot of people will identify with that.”