Bill & Ted’s Excellent Retro Collection: Two Games From The Past With Bill And Ted Bill & Ted deserves a little explanation: it’s a sci-fi franchise created by Chris Matheson and Ed Solomon. Three movies were made; all three starred Alex Winter as William S. Preston Esq. (aka Bill) and Keanu Reeves as Ted/Theodore Logan (aka Ted). Bill & Ted’s Excellent Adventure debuted in 1989, Bill & Ted’s Bogus Journey in 1991, and Bill & Ted Face the Music debuted in 2020, respectively. There have been several animated and spin-off series, but these are not closely related.

The franchise has received several video game adaptations. The first film was adapted for PC, C64 and Amiga in 1989, and Atari Lynx and NES in 1991; a Game Boy port of the second film was also released in 1991, and an iOS/Android game was released in 2018, but that is also irrelevant. Bill & Ted’s Excellent Retro Collection, produced by Ziggurat Interactive, will feature two games.

One is the critically panned NES Bill & Ted’s Excellent Video Game Adventure, which takes you to six worlds with your phone booth (the press release says, but you should count three). The other is the Game Boy Bill & Ted’s Excellent Gameboy Adventure: A Bogus Journey, which promises ten adventures and fifty quests. These are two 8-bit games, so don’t expect outstanding audiovisuals.

There will also be a disc/physical edition for PlayStation 5, PlayStation 4 and Nintendo Switch ($35). As you can see on the Limited Run Games website, there will also be a collector’s edition ($60), and you can buy a skateboard, too. Pre-orders start on June 9. Bill & Ted’s Excellent Retro Collection will be released for PC at some point (no release date announced yet), in addition to the PlayStation 5, PlayStation 4 and Nintendo Switch trio. No information is available about Xbox Series and Xbox One ports.

We understand there’s a good chance there will be a fourth movie, but whose stupid idea was this re-release anyway? 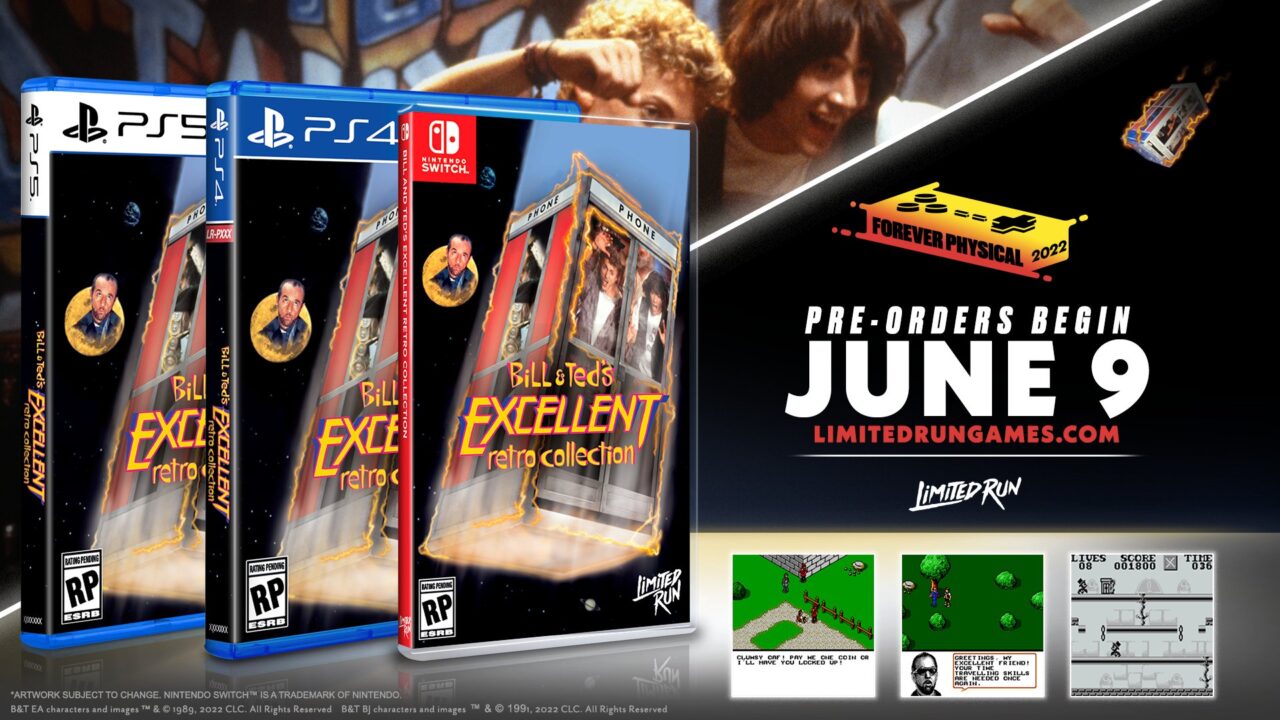