MOVIE NEWS – Stranger Things season 4 scandal! Netflix is ​​accused of having filmed in a former Lithuanian prison where the Nazis perpetrated massacres. And make it a tourist excursion…

Netflix is ​​under fire for filming part of Stranger Things season 4 at Lukiškės prison in Vilnius, Lithuania, where the Nazis imprisoned Jews and Roma, many of whom were executed in the Ponar massacre. The news broke when a petition was posted on the site. change.org . These are the scenes with Jim Hopper (David Harbour), a prisoner in Russia.

With over 15,000 signatures at the time of this writing, the petition aims to “hold Stranger Things and Netflix accountable for erasing the Holocaust .” The petitioners ask the platform to donate the profits from the season to the Jewish and Roma communities in Lithuania under “ refaction ”.

The petition also denounces Airbnb’s efforts to convert prison cells into hotel rooms. They are transformed to look like sets from the series, like Joyce Byers’ apartment, for example. The authors of the petition demand ” the immediate closure of Airbnb “, which began receiving visitors on June 4. Please note that any reservation is now impossible.

Bad taste all the way

Additionally, the petition denounces the fact that fans of the series are now tattooing numbers on their wrists and posting them on Instagram, and the Stranger Things Instagram account reposts some of these photos.

“ It is not just to mock the trauma of the Jewish and Roma community, but to further desecrate the memory of Holocaust survivors (a significant part are still alive today) and their descendants. “, says the petition.

Below is a thread denouncing this practice:

In addition to the reparations requested with Season 4 proceeds, the petitioners request ” public apologies from Airbnb, Netflix, and Stranger Things “; should be released immediately with the “ full understanding of how this adds up to the elimination of Holocaust victims and the ongoing persecution of Roma communities. “ 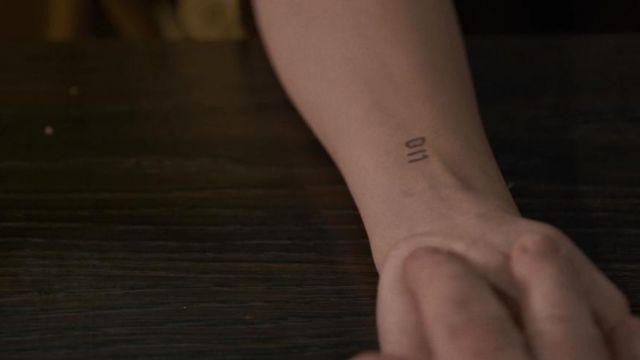 Lukiškės Prison was built at the beginning of the 20th century. the and housed both criminals and political prisoners. During the Nazi occupation of Lithuania during World War II, the prison became a place of detention for Jews and Roma in 1941. That year, 348 Jews and others who had been imprisoned in Lukiškės were killed in the Ponary massacre.

This unspeakable massacre is of 100,000 people, mainly Jews, Poles and Russians, executed between July 1941 and August 1944 near the station of Ponary, a suburb of Vilnius, in Lithuania.

Following its closure in 2019, the prison was transformed into an arts and cultural venue that now hosts concerts and filming. Asked by us, Netflix did not respond to a request for comment.