Could Leonardo DiCaprio Have Played James Dean In A Biopic?! 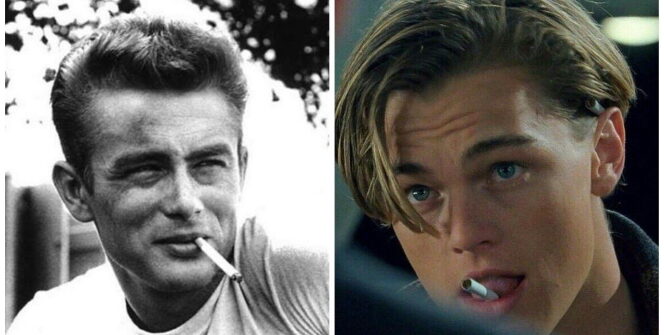 MOVIE NEWS – Filmmaker Michael Mann wanted to make the film back in the ’90s but got tired of waiting until Leonardo DiCaprio was the right age.

Leonardo DiCaprio was a big star in the 90s, starring in What’s Eating Gilbert Grape, Romeo + Juliet and of course, Titanic. His fame has only grown since then, with countless blockbusters over two decades. Around the same time, filmmaker Michael Mann was at the height of his career and dreamed up a James Dean biopic starring the rising star.

Mann recently told Deadline that he had scrapped a “brilliant screenplay” about the late actor because DiCaprio seemed too young for the role.

Instead, the director shot the thriller/drama Heat, which revolves around professional thieves and stars Al Pacino, Robert De Niro, Val Kilmer and Jon Voight. The film was well received by critics and fans and has since become a classic heist movie. However, despite being one of the most successful films of Mann’s career, he still wonders what could have been with Leonardo DiCaprio.

He tells Deadline that it would be hard to find someone who could play the actor in Rebel Without a Cause, but “I found a chap who could play James Dean.”

“It was a brilliant screenplay. And then it’s who the hell could play James Dean? And I found a chap who could play James Dean, but he was too young. It was Leo. We did a test screen that’s quite amazing. I think he must’ve been 19 at the time. And from one angle, he totally had it with him. I mean, it’s brilliance.”

The director remembers the reading as taking place sometime between Growing Pains (1992) and What’s Eating Gilbert Grape (1993) before the star shot to worldwide fame with Titanic. Had things gone differently, Leonardo DiCaprio might have been known for his breakthrough role in the James Dean biopic.

Michael Mann was impressed by DiCaprio’s brief portrayal of Dean and claimed that his excellence had everything to do with facial expressions. According to the director, DiCaprio was able to instantly change his emotions and facial expressions, transforming him into the late actor.

Neither Mann nor DiCaprio can be angry about how things turned out, the director has since directed several successful films. So far in his career, DiCaprio has picked up seven Oscar nominations and won one for Best Actor in a Supporting Actor in 2015’s The Revenant.

Mann recently released his prequel/sequel novel Heat 2, which the director is adapting into a feature film. Unfortunately, he confirmed that neither Robert de Niro nor Al Pacino would be able to reprise their younger selves. However, this allows the director to cast his long-awaited partner Leonardo DiCaprio.