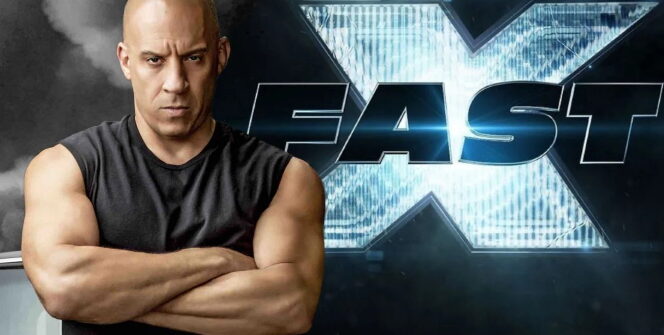 MOVIE NEWS – Interesting news has arrived from around 10 houses in Fast X: according to The Wrap, the film’s budget has reached 340 million dollars, which is a record in the history of motion pictures. For the time being, it is not clear whether we are talking about a single film or the two final parts together – the series will end with two productions that will be shown separately. If it were two films, 340 million can still be said to be quite a lot.

According to the explanation, the increase in the production cost was caused on the one hand by the drastic increase in the gas prices of the stars, especially concerning the honorarium of the main actor-producer Vin Diesel. On the other hand, global inflation is also seriously affecting it. The latter can be a strong argument for a film in which high-end vehicles are raced and a significant part of the sets explode.

And there’s something else. One of the most important forgers of the series’ success, director Justin Lin (who has made five productions of the series), left the production in April, a week after the start of filming, with the usual explanation: “creative differences”. Louis Leterrier took his place (The Transporter 1-2, The Incredible Hulk, Eyeballs), but it is not known whether the increase in costs is also related to the change of director. Just as nothing has been leaked about the story yet.

However, those who fear that the series will end with the last two parts of Hálalos iramban need not worry. The Universal studio and Vin Diesel agree that it would not hurt to make a women’s Deadly Pace in which the strong female characters of the series would race. There is no shortage of such characters. In addition to Michelle Rodriguez and Jordanna Brewster, two Oscar winners, Charlize Theron and Helen Mirren, strengthen the field and would join they are joined by Brie Larson, who appears in the two parts that are currently being prepared.