Sexual harassment simulator. It’s shocking just to write the name down; the fact that Blizzard had to deal with it again is rather sad.

Blizzard has not yet said how they will prevent the Sexual Harassment Simulator from reappearing on the popular list for Overwatch 2 despite making the code to access it not function again. In the user-created mode, one player is tasked with impregnating female characters in Overwatch 2, which first reared its head in October. Controlling Cassidy, one player’s task is to, for example, send Mercy to the ground and then crouch on top of her continuously, with the top of the screen reading “raping…” until the game marks the female character as “pregnant.” She has to wait until the AI-controlled Torbjorn is ‘born.’

The first image below was taken from Reddit, and it depends on the region if it shows up (unlikely in North America, but Europe could see it). It has been played so much that it has been dropped on the Overwatch 2 popular page, and anyone who has the code can create a lobby. The unique game modes usually include some 18+ categories and some that aspire to erotic role-playing, but there hasn’t been much in the way of overtly offensive gameplay like it. When this unacceptably bad joke became infamous last year, a player’s 12-year-old son saw it and immediately quit, notifying the parent of it. It was shared by a comedian and Twitches broadcaster, Brian “Limmy” Limond with his pictures, highlighting that this game mode is advertised for 12-year-olds.

In the fall, a Blizzard spokesperson responded to PCGamer’s inquiry, saying, “Inappropriate or explicit content has no place in our game. We immediately removed the user-created game mode once made aware of its existence. We are continually working to improve automatic filters to prevent inappropriate user-created content and manually removing any that are missed by the system.”

Not everything is being done, and as it’s a free-to-play game, it could pop up again. 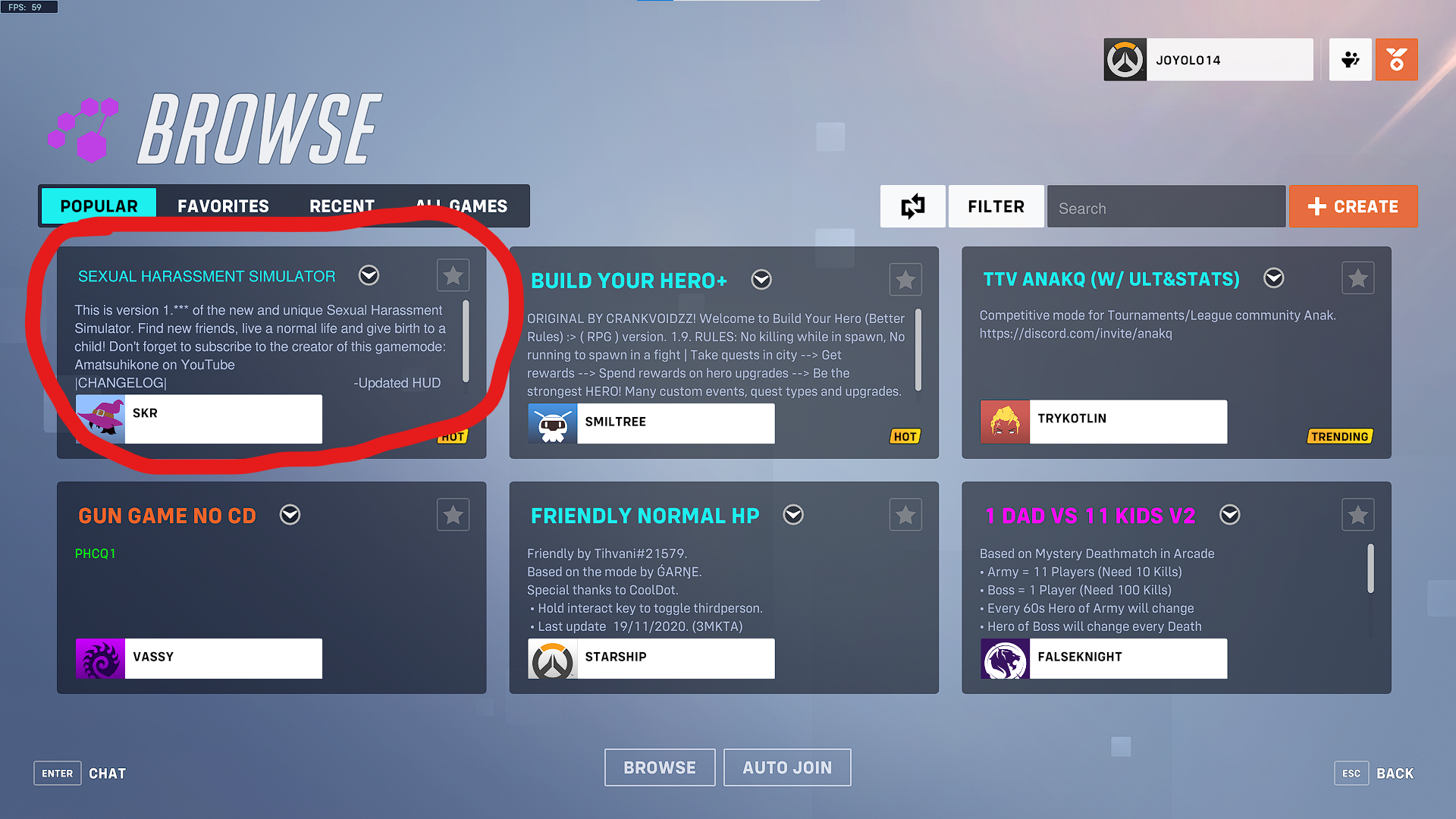 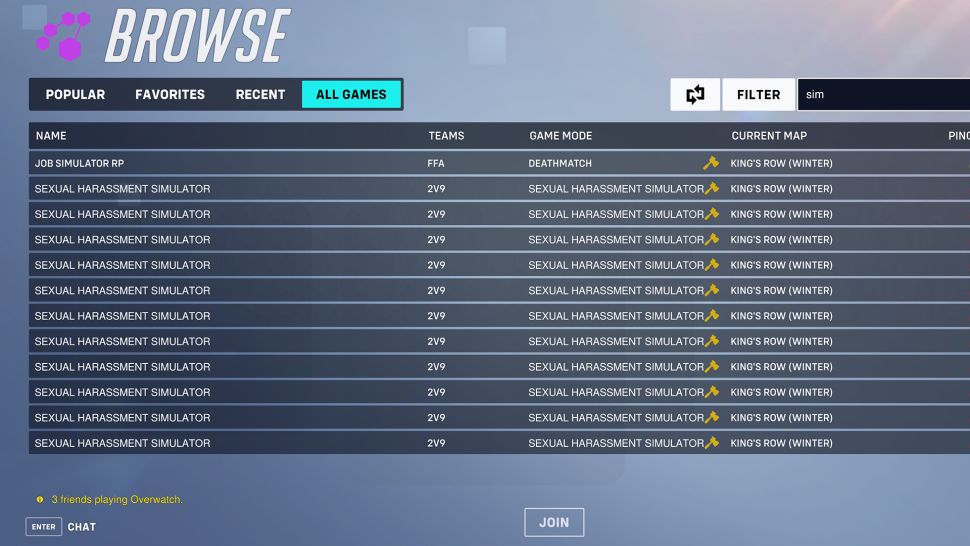