Fallout 4: DLC equality for every platform! We pretty much just heard great news about Fallout 4: consoles will receive mods, the season pass for the game is 10 dollars cheaper than usual, plus Bethesda will continuously push free updates into the game. They managed to take another step, and we are very much satisfied with this move.

Fallout 4 will not follow Fallout 3 and The Elder Scrolls V: Skyrim, so all three platforms (PS4, Xbox One and PC) will have exactly zero timed-exclusive DLCs, so all three of them will receive equal treatment. With the previously mentioned two games’ DLCs, the PlayStation 3 was in several months of delay, but this is going to change with this post-apocalyptic RPG for good.

The game will launch on November 10, and it looks like it won’t take up a lot of free space on your hard drive, if we can believe the rumours. If the rumours are true, then Fallout 4 will take up 28 gigabytes on PlayStation 4. Remember, Skyrim took more than that on the PlayStation 3, and consider that FO4 has over 110.000 lines recorded by voice actors…

Are we the only one that think Bethesda‘s down-to-the-ground mentality might make Fallout 4 the best game of this year? 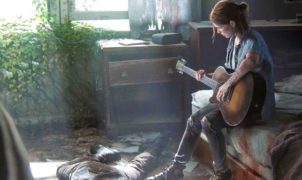