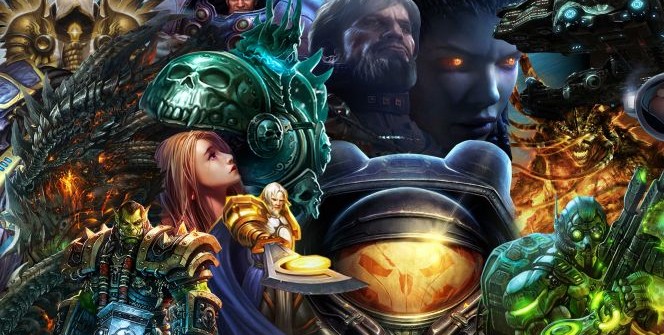 Three games are in the crosshairs.

„Two people familiar with Blizzard‘s plans,” told Kotaku that Blizzard planned a Diablo IV announcement after Diablo Immortal (the mobile game) reveal, which didn’t happen at the end of the day. They’d have shown a teaser video, and Allen Adham, a co-founder of Blizzard, would have confirmed that Diablo IV is in development, but it isn’t ready to be shown to the public yet. The rumour says the plans were changed in the last few weeks before BlizzCon. One person says Diablo IV has changed drastically over the past few years (and it might still change), which is why the dev team wasn’t ready for the announcement, plus the game might have gone through at least two different iterations with different developers in the past four years.

Blizzard has responded: „We generally don’t comment on rumours or speculation, but we can say that we didn’t pull any announcements from BlizzCon this year or have plans for other announcements. We do continue to have different teams working on multiple unannounced Diablo projects, and we look forward to announcing when the time is right.” Kotaku has also updated saying that there is indeed a video with Adham announcing the next „full-scale” Diablo project, but we don’t know if Blizzard planned to show this at BlizzCon or not.

Mark Kern, a producer of Diablo II, as well as team lead on World of Warcraft, had left Blizzard a while ago, and he shared his thoughts on Twitter, defending those who are critical about Diablo Immortal. (3,259,650 views, 17,357 likes, 439,973 dislikes, and it seems another 30K has been wiped again…) Let’s see what he wrote: „Since I was Producer on Diablo 2, a lot of people have been asking for my thoughts on the whole “Diablo Immortal” fiasco. I hate to say it, but what you are seeing is Blizzard not understanding gamers anymore. There is nothing wrong with having a mobile version of Diablo. I would have wanted one as an option. But the way it was hinted at, and presented, and the failure of Blizzard management to predict the backlash caught me by surprise. Blizzard used to be really gamer-driven.

Blizzard coyly played up the Diablo hype, which is a good move, but failed to anticipate that their PC based audience was going to expect…well…a PC based announcement. And that following all that hype up with a *different* product is a huge bait-n-switch feeling moment. Blizzard has said now, that they are working on multiple Diablo projects. They really should have dropped a teaser for their PC based project alongside their mobile announcement if that’s the case.

Blizzard never used to have to ask, because it was made up of hardcore gamers from top to bottom. We used to say we were our own harshest audience for our games. I would have had a line of devs outside my door telling me this was a bad move. The fact that Blizzard was A) unprepared for this reaction and B) had no plans to mitigate it even knowing some of it was coming, is a great disappointment to me. It smacks of “Ya well, suck it down” (sorry J. Romero, wasn’t your fault).

This isn’t a toxic gamer issue; it’s not an entitlement issue. It’s just bad PR handling and …a bad culture on the part of Blizzard I’m sad to say. It’s a culture that says “we know better” and fits right in with “you think you do, but you don’t.”

Maybe you don’t know better, anymore, Blizzard. Perhaps you’ve lost touch with gamers, and you are now in some billion dollars a year ivory tower. That needs some reflection on your part. Because that’s how big businesses fail. Remember Nokia? Remember Blockbuster Video?”

What about Warcraft IV? Pete Stilwell, a senior producer at Blizzard, told GameSpot the answer in an interview: „I mean, I wouldn’t rule anything out, but we don’t have any plans around [Warcraft IV] at this point. Getting [Warcraft III: Reforged] right, I think, is our priority first and foremost.” So they would instead update a 2002 game, and support World of Warcraft (launched in 2004…) with new expansions and the Classic version. There hasn’t been a new Warcraft game in 14 years.

No wonder Activision Blizzard’s (ATVI) stock value has dropped on NASDAQ, the New York Stock Exchange… from Friday’s 68.99 dollar stock value, ATVI has fallen to 64.34, which is almost a 7% drop in a single day. Cowen & Company, a research firm, shared its thoughts with Kern (Blizzard not understanding the gamers, they should have shown something from a PC game…) – so Blizzard might have indeed „gotten lost.”