ICO Partners‘ analysis brought out that Microsoft’s conference pulled in the „victory” on E3 2019.

The company has kept track of articles published during E3, and according to them, the Xbox brand has come out on top with nearly thirty thousand mentions. Nintendo took second place with about 25 thousand mentions, and the PlayStation brand got the third position with between 20 and 25K mentions. Sure, ICO Partners has expanded its scale this year, which is why the situation might have been distorted in 2019, as PlayStation „won” 2018 with fewer mentions than what they got in 2019. Nintendo still showed the biggest improvement from a distant third place to a stable second position. 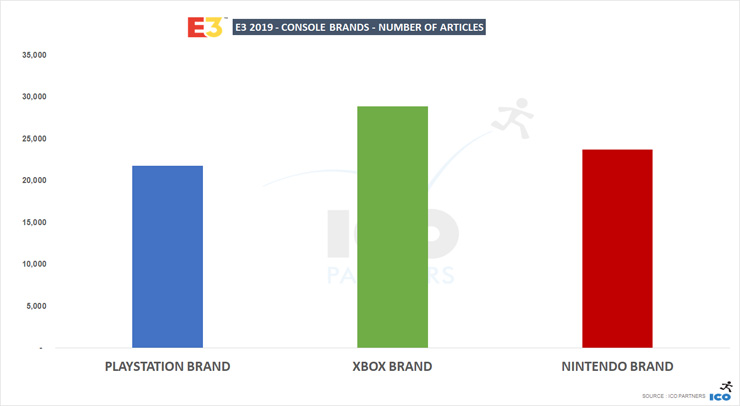 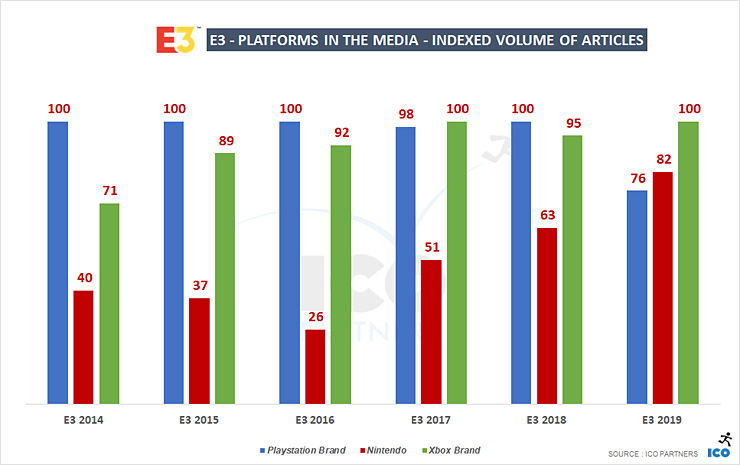 Regarding games, unsurprisingly, Cyberpunk 2077 took the lead, with Final Fantasy VII Remake and Marvel’s Avengers on the podium with it. It’s surprising to see that despite Xbox’ strong media appearance, Gears 5 and Halo Infinite didn’t have many mentions, although these two IPs’ newest instalments should be their main force. (The first five places are rounded out with Star Wars Jedi: Fallen Order and Watch Dogs: Legion.)

What about the third-party publishers? As expected, Square Enix has taken the first place (as both Final Fantasy VII Remake and the Avengers game are tied to them…), followed by Ubisoft and Electronic Arts neck to neck. Bethesda is slightly behind, and then, Bandai Namco, Konami, Devolver Digital, and SEGA follow by a landslide behind the top four. 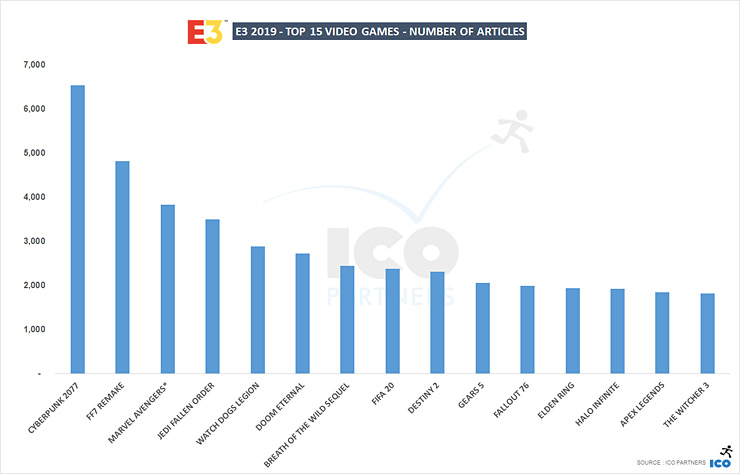 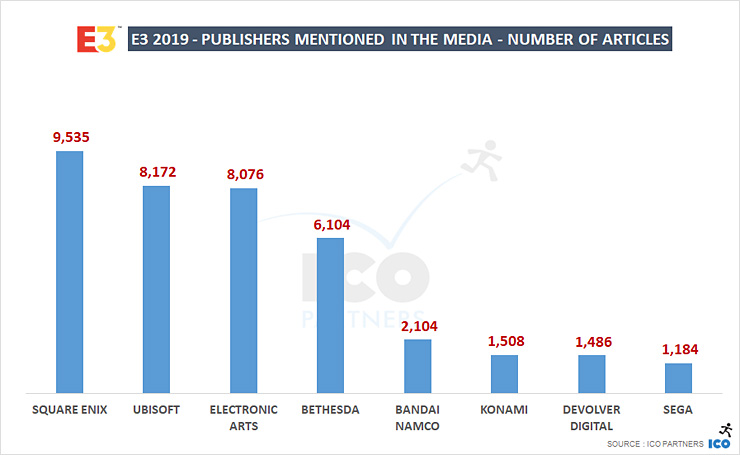 It’s safe to say that this year’s E3 was silent, which was expected: both Sony and Microsoft are focusing on their next-gen console, and if Sony might return to Los Angeles next year, E3 2020 could be amazing. If not, Microsoft could still make it exciting, as they could officially name the Project Scarlett there. (At the moment, they don’t even know how to name the next-gen Xbox in the first place.)