Trine 4: The Nightmare Prince – Back To The Future Past REVIEW – With the third Trine game, I clearly remember that I expressed my dissatisfaction in the title already, so with the Trine 4 title, I’m obligated to do the opposite here, as this game is going back to the roots that were successful in the first two titles, and the result shows the positive change, meaning it was a GOOD idea.

Frozenbyte finally realized that they wanted a bit too much in the third Trine game (which also applies to the number of changes they wished to perform), so sometimes less is indeed more. Such is the case with The Nightmare Prince. 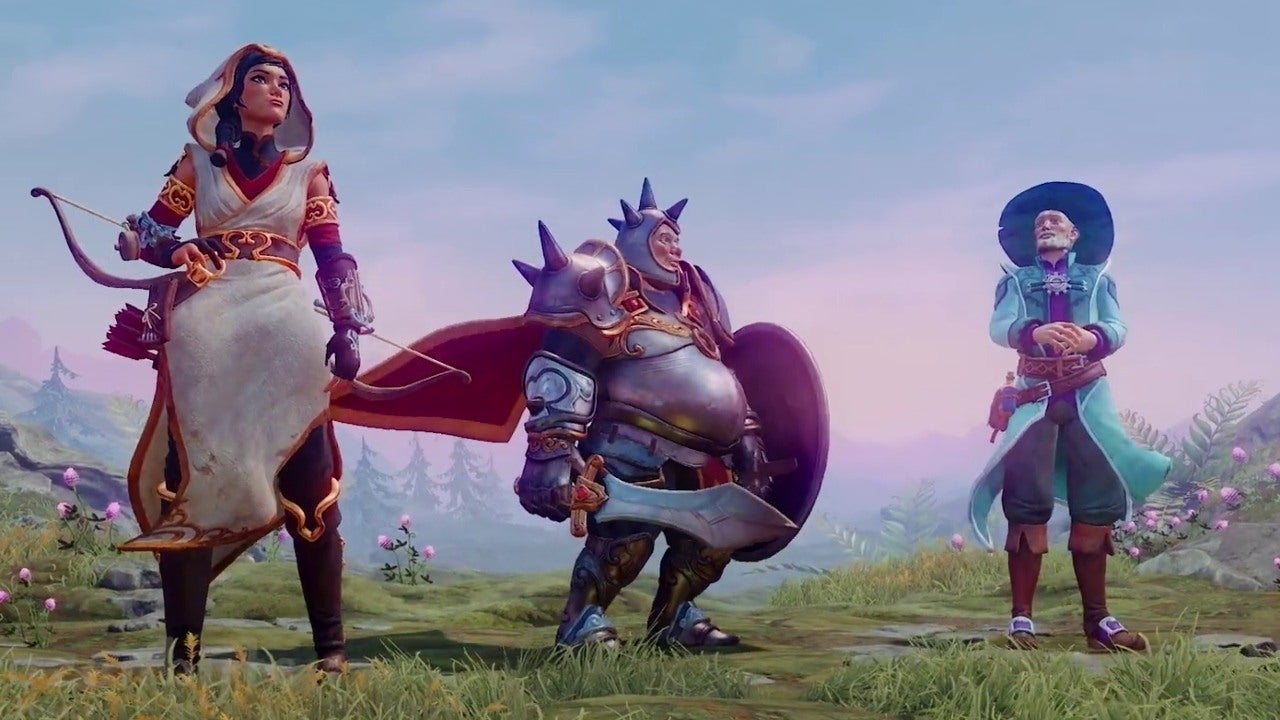 …is the kid who escaped the Mage’s Academy, and his abilities made his nightmares come to life. To stop the unfortunate mishaps (let me just say here that having writer’s block for an entire week was atrocious…), the three heroes regroup. They are Zoya (the thief), Sir Pontius (the knight), and Amadeus (the wizard), whose skills can be easily learned at the beginning of your adventures, before going after the little prince. (Antoine de Saint-Exupéry, anyone?) Your adventures will take about eleven hours, and that nearly a dozen hours will provide you with both good and bad things. Let’s start with the good ones: the way the worlds, levels look (I don’t mean the graphical quality, that doesn’t matter here) and their ambience are wonderful. I can somehow define the art style as if a book came to life. Trine 4 has bright colours, but it doesn’t go overboard as Sunset Overdrive did.

Even when you play as a maximalist, as each level has three items that you can collect. And while you do so, the skills of the characters also get into the mix, such as Pontius’ pure strength, or Zoya’s arrows that can be used differently, depending on the elemental type. It will stay mostly varied throughout the story, except for the boss fights, which – honestly – felt like something tacked on to the game in a forced manner. You have to get through them to continue enjoying the adventures even with your friends, if you feel up to it – up to three people can play cooperatively, which makes Trine 4 even more of an enjoyable game, and the boss fights will be much easier than before, making you yawn in the process. So it probably sounds a great puzzle/platformer experience, which you’d think would get a nine out of ten at the end of this bunch of character.

Unfortunately, Frozenbyte’s creation has problems that somewhat ruin the results (which remain higher than Trine 3 was – even the game itself doesn’t refer to the events that happened in the previous instalment, which is reasonable). On yeah, one more thing: in the case of playing cooperatively, some sort of voice communication is required. In Classic mode, you are effectively required to use Discord to progress. (Or Skype. Who uses Skype nowadays, I wonder?) 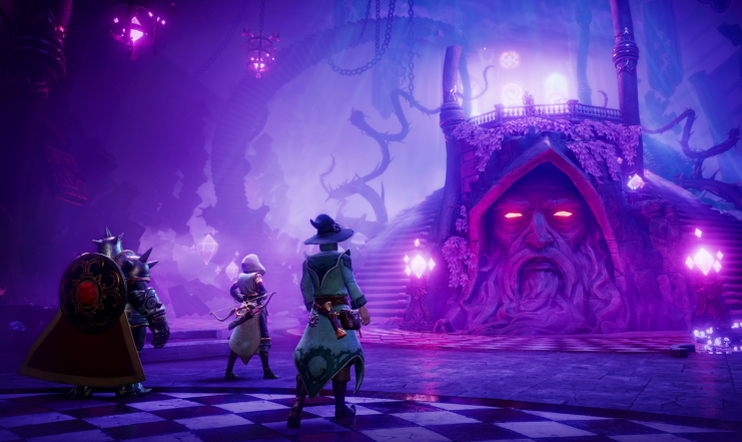 So the Classic mode has just one hero on the field, which changes the experience a bit, but somehow, there’s nothing better than cursing at your friend for not doing what he/she is supposed to do to proceed, and when the third person starts to do insults, or, even better, laugh at you for flipping out, that creates some nice vibes. (Personal experience: when one of us plays a game with a friend or two watching it live (with no delays), it could be quite chaotic, especially if we cry from laughter at glitches.) However, I do not recommend playing cooperatively with strangers, because you can’t communicate with them. What a missed opportunity. If one of you start to go independent, then there’s no progression as teamwork is needed to succeed. The other point that I should mention is that the story is forgettable, and the humour is also a bit weak. Don’t get Trine 4 for these aspects but the decent gameplay.

I had to think for several days to judge whether Trine 4 deserves a 7.5 or an 8 out of 10, but in the end, the co-op with the friends is the thing that pushed me to the latter score. Trine 4: The Nightmare Prince has completely made me forget Trine 3: Artifacts of Power’s failures. If you liked the first two games, pick this one up, You get some enjoyable experiences if you like puzzle/platformer games. This is the Trine that was supposed to be the third instalment in the series.

The 2.5D art style is a pleasure to look at, and I just remembered that the combat portions are also forgettable. If those weren’t forced on you, and if the boss fights received a bit more of a care, Trine 4 would not only be a strongly recommended purchase, but it’d also get an 8.5 out of 10, or even a 9, and I rarely score games this high (Disco Elysium deserved it). If Frozenbyte could have created a much more consistent game (as it constantly flips between meh and good), then it could have been one of the best games of the year. However, it is just (?) a great title that is an outstanding experience, easily recommended for the fans of the first two Trine games.

REVIEW - With the third Trine game, I clearly remember that I expressed my dissatisfaction in the title already, so with the Trine 4 title, I'm obligated to do the opposite here, as this game is going back to the roots that were successful in the first two titles, and the result shows the positive change, meaning it was a GOOD idea.   Frozenbyte finally realized that they wanted a bit too much in the third Trine game (which also applies to the number of changes they wished to perform), so sometimes less is indeed more. Such is the case…
Trine 4: The Nightmare Prince – Back To The Future Past
Trine 4: The Nightmare Prince – Back To The Future Past
V
Back to what made the series great.

Back to what made the series great.

User Rating: Be the first one !
Spread the love
Tweet
Tagged FrozenbyteNintendo SwitchPCPlayStation 4Trine 4: The Nightmare Prince REVIEWXbox One