Ubisoft’s Artificial Intelligence Taught A Car To Drive Itself 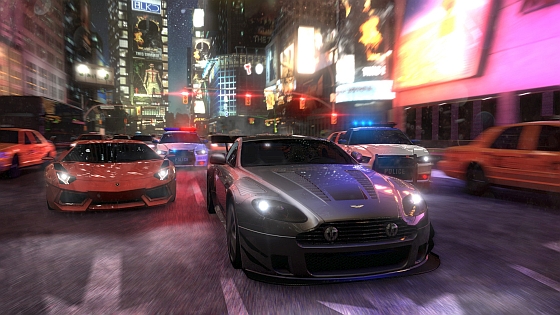 TECH NEWS – Ubisoft managed to make a car learn how to drive itself with the help of artificial intelligence.

Ubisoft La Forge, the company’s experimental, prototyping team/studio, proposed an algorithm that can handle discrete, continuous video game actions in a “principled” and predictable way, and they tested it in a „commercial game” (which could be The Crew or The Crew 2) with competitive results.

„Reinforcement Learning [one of the ways of machine learning – the ed.] applications in video games have recently seen massive advances coming from the research community, with agents trained to play Atari games from pixels or to be competitive with the best players in the world in complicated imperfect information games. These systems have comparatively seen little use within the video game industry, and we believe lack of accessibility to be a major reason behind this. Indeed, really impressive results … are produced by large research groups with computational resources well beyond what is typically available within video game studios,” wrote the coauthors.

The researchers (we can call them as such…) noted that the data sample collection is slow, and there are time budget constraints over the agents’ runtime performance. Their solution is based on the SAC (Soft Actor-Critic) architecture, which was proposed by the University of California, Berkeley’s researchers early last year. It’s more sample-efficient than the traditional reinforcement learning algorithms, and it learns to generalize to conditions that it hasn’t seen yet. It was then extended to a hybrid setting (Hybrid SAC) with both continuous and discrete actions (for example, when a player has the freedom to perform actions like moving and jumping, each of which are associated with parameters like target coordinates and direction). They evaluated the algorithm in three environments designed to benchmark reinforcement learning systems, such as a simple platformer-like game and two soccer-based games. They found that the performance was slightly behind the industry-leading techniques, it was due to an architectural quirk, but in a separate test, they used it to train a vehicle in a video game with two continuous actions (acceleration and steering) and one binary discrete action (hand brake) with the objective being to follow a given path as quickly as possible in environments the agent didn’t encounter during training.

„We showed that Hybrid SAC can be successfully applied to train a car on a high-speed driving task in a commercial video game. [This demonstrates] the practical usefulness of such an algorithm for the video game industry,” wrote the researchers. They also noted that this approach could be used so the agent can have the same inputs as a player (whose controller might be equipped with an analogue stick that provides continuous values and buttons that can be pressed to yield discrete actions through combinations).