This VR Glove Allows You To Feel Virtual Objects TECH NEWS – Also, this VR glove can keep track of your pulse as well.

Virtual reality is still not a highly mainstream technology, but there are several products on the market (Oculus Rift, HTC Vive, PlayStation VR, Valve Index, or the Oculus Quest that requires no PC, but it needs the Oculus Touch controllers). Now, we can see something else: introducing the Teslasuit glove, which uses several technologies to keep track of both hand and finger movements. It also provides different types of feedback to emulate the sense of touch. Each fingertip has a 3×3 haptic display, „enabling users to feel virtual textures naturally.” We should also mention motion capture and force feedback, which together offers spatial, resistance, and vibration effects. The integrated biometric system also tracks the user’s „emotional state, stress level, and heart rate.”

The Teslasuit gloves are not necessarily designed for gaming – initially, the devs are targeting „robotic tele-control systems as well as medical rehabilitation.” It could be potentially used later for exposure therapy (where the patient is put into a controlled environment to face their fears – for example, if they suffer from arachnophobia, they could get over the anxiety attacks after seeing a spider).

„There is evidence that computer-generated virtual reality is as effective or almost as effective as [live] treatment for anxiety disorders, but you run the risk of it not being quite real and that being distracting,” Emily Carl, a PhD student at the University of Texas at Austin, told Spectrum IEEE. PCGamer brought up the arachnophobic example: the Teslasuit could put a virtual tarantula on your hand to feel its legs and weight, but if your heart rate is too high, it could disappear.

Although Teslasuit doesn’t mention such scenarios, a VR glove could move towards this direction, and gaming could also benefit from it (the DualShock 5 has been confirmed to give us a similar feeling of textures). We’re going to hear more about it at CES 2020. 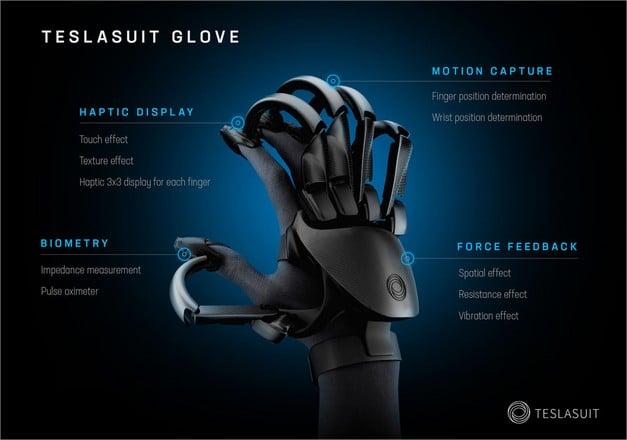 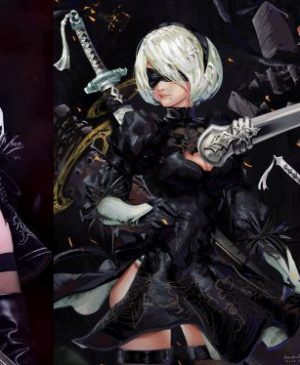