The MS Store, or Microsoft Store, is undergoing major development this fall. It will be the new store for the PC, Xbox One, and later the Xbox Series X.

Microsoft is taking sides and they have shown on their official blog the first images of the new Microsoft Store for Xbox. From the Redmond company they say that it is much more than an update, and that they have tried to rebuild the experience from scratch to make it faster, safer and easier to use.

Among the main innovations of the new Microsoft Store it is that the design will be shared both on Xbox One and Xbox Series X. They assure that it will be more than twice as fast as before. From the company’s blog, they state that “The new Microsoft Store on Xbox is more than twice as fast as before. It launches in under two seconds, and the browse performance is greatly improved—it’s faster than ever to load pages and find what you need, whether it’s checking out a sale price or watching HD trailers.” 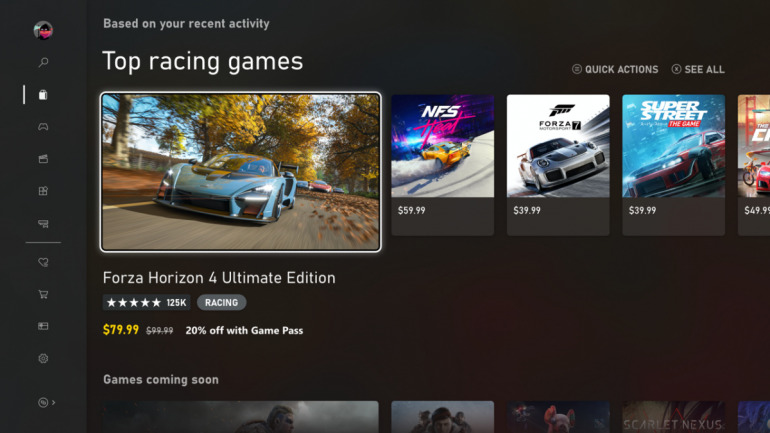 Finding a game, app, movie or TV show will be easier than ever

After the criticism received by a good part of the users with the birth of Xbox One, at Microsoft they pretend that the situation is not repeated, and they claim to have the intention of providing an inclusive and intuitive experience for everyone. In the published note they insist that it will be “easier than ever” to find a game, application, movie or television show thanks to the new redesign that allows you to jump between shopping experiences in an instant. An ideal option considering that many titles will appear thanks to the backward compatibility of the Xbox family.

Among the additions to facilitate navigation through the Microsoft Store, these are some of the changes included:

The additions to the store will be added gradually and the members of the Xbox Insider program will begin to see them reflected from August 5.