TECH NEWS – An American antitrust committee provided a hefty report, in which they recommend steps against the four tech giants.

The report is called hefty for a good reason: it has 449 pages, and you can read it here. The antitrust committee was formed by the US House of Representatives, and they stated that the four companies have „captured control over key channels of distribution and have come to function as gatekeepers.”

They target Facebook for its monopoly over social networking (but the United States likes to use Twitter, too – just as the US politicians), Google for general online search (but you can find alternatives, such as DuckDuckGo) and search advertising, as well as anticompetitive contracts connected to Android (Apple isn’t innocent here either), Amazon for the online retail market (but, again, you can choose eBay), and Apple for the mobile operating system market (iOS).

„To put it simply, companies that once were scrappy, underdog startups that challenged the status quo have become the kinds of monopolies we last saw in the era of oil barons and railroad tycoons. Although these firms have delivered clear benefits to society, the dominance of Amazon, Apple, Facebook, and Google has come at a price. These firms typically run the marketplace while also competing in it – a position that enables them to write one set of rules for others, while they play by another, or to engage in a form of their private quasi regulation that is unaccountable to anyone but themselves,” the report says.

The report also mentions Epic Games‘ combat against Google and Apple, claiming that the two companies use their gatekeeper power to block Fortnite on the mobile platforms and to charge high fees to mobile developers. They specifically target Apple’s prevention of other payment or access alternatives to its App Store on iOS devices.

They recommend a series of reforms to combat monopolistic practices, including nondiscrimination requirements to keep dominant platforms from pushing their services over others, prohibitions against future mergers and acquisitions by the dominant platforms, strengthening of existing antitrust laws, restoring „robust congressional oversight” of antitrust laws, and removal of enforcement against forced arbitration clauses, limits on class action lawsuits, and other similar obstacles to enforcement.

However, these are only recommendations at the moment. The committee requires Congress to elevate them into laws. 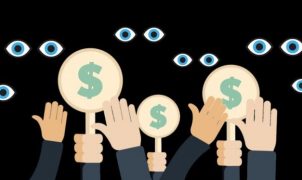