Demon’s Souls: An Unopenable Door In The Remake [VIDEO] 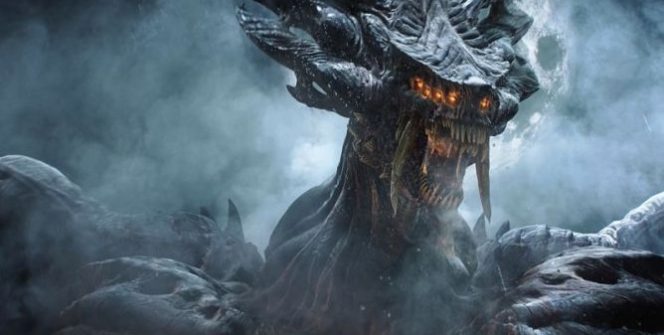 One of the PlayStation 5 launch titles have a mysterious door that opened the curiosity for many of the players.

Demon’s Souls is already available in the markets where the PlayStation 5 Standard Edition and the PlayStation 5 Digital Edition launched on November 12 (it will arrive on November 19 in most of Europe), and it looks like the remake, developed by Bluepoint Games (which is rumoured to be bought and acquired into Sony Interactive Entertainment (SIE)) and SIE Japan Studio, is successful, even with a door that nobody seems to be capable of opening.

Here’s a possible theory from João Marcos Teixeira: „Bluepoint did the same thing with [the PlayStation 4-exclusive] Shadow of The Colossus remake. Search for the theory of the intersecting points. It’s about an easter egg people believed was on the original (it was not), but they added in the remake.” So it might be a thing to generate buzz on social media so that Sony can have more comments and discussion altogether…

And this image is from Reddit: „If you hug the locked door, you can position your camera through the door to the other side. Then you can activate photo mode to take a look around at the terrace past the door. Additionally, you can stand a little before the bridge to Yuria’s tower and use photo mode to look upon the same terrace and see there is an item there,” the poster wrote.

Whatever it will be (we wouldn’t be surprised if it’s turning out to be a door that leads to DLC…), the developers managed to get people to talk about their game, which is why the PlayStation 5 can be considered a classic console – there aren’t many games that have such secrets nowadays.

There’s a mysterious new door in the Demon’s Souls Remake, and no one knows how to open it👀https://t.co/TdpHLuIRsR pic.twitter.com/MwYjcNy7ed