How Does Nintendo Handle The Hackers?

The big N keeps an eye on those who hack into their software or hardware, and only then will they strike.

Despite Nintendo having always painted itself as a friendly company, we can’t always say this about them: the family-friendly Japanese giant is pretty defensive when it comes to protecting its IP (which is a prime reason why they have gone on a rampage to take down ROM sites that allow the games to be run via emulators). Now, multiple documents leaked that show how they handle hackers. In a 2013 document, they detail how they handled a Nintendo 3DS modder called Neimod and how the big N kept an eye on him while developing multiple action plans against him and his actions.

In a more detailed document called Final Enforcement Proposal, showcases what Nintendo was planning to do against him, while also showcasing all the information the big N got about him. The Nintendo investigation concluded by them knowing where Neimod worked and lived, who he lived with, and what he did in his free time. A local investigator kept an eye on when he got home, and then, a small group introduced themselves, explaining that Nintendo was interested in an opportunity that would be beneficial for both parties.

In other words, they didn’t outright threat him with a lawsuit, as the big N first offered a deal that would be a win-win scenario. They offered Neimod a bounty contact. He would be paid by Nintendo to document all the exploits, hacks, and security measures, so that the big N can claim it is a modern, tech-savvy company in its image. The other option was to file a criminal complaint against Neimod.

Console manufacturers have all the rights to step up against such people, but they can be pretty stingy with their respective IP. (Nintendo, for example, took the Mario Battle Royale idea and made it their own with a small change.) 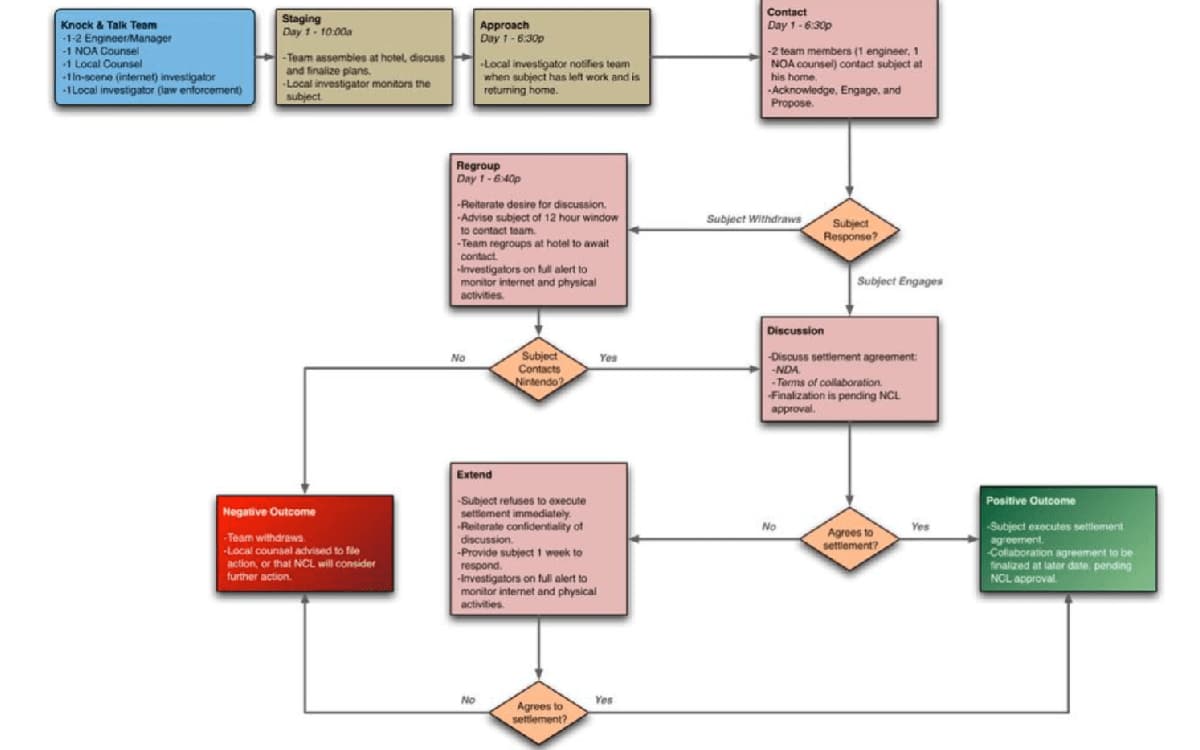