Sony Interactive Acquires The Developers Of Returnal (Too?)

The (Too?) in the title is intentional: there are signs of Sony having performed not one but two acquisitions.

Sony Interactive Entertainment (SIE) has announced that they have acquired Housemarque, whose most recent game is the PlayStation 5-exclusive Returnal. „Housemarque has flexed its creative palette on a wide range of PlayStation games over the years that have continually showcased the power of our hardware. The addition of Housemarque to PlayStation Studios reiterates our commitment to elevating the best development teams in the industry and delivering new experiences that can only be found on the PlayStation platform,” said SIE president and CEO Jim Ryan in a press release.

„With a proven track record of creating original games that feature best-in-class gameplay, Housemarque is a highly-accomplished studio and we couldn’t be more thrilled to officially welcome them to the PlayStation Studios family. With its gripping gameplay, haunting story and unforgiving world, Returnal has captivated the PlayStation audience and we’re looking forward to working alongside the team to bring to life their ambitious creative vision on future projects,” Head of PlayStation Studios Hermen Hulst added

„After more than 15 years of successfully collaborating, we’re excited to amplify our potential even further and join PlayStation Studios. Returnal is a testament to our strong relationship with PlayStation Studios and the organization believing in us to take a risk and give us the freedom to explore our creativity and develop something unique. We can’t wait to bring PlayStation fans more fresh, new experiences,” Housemarque co-founder and managing director Ilari Kuittinen said.

Kuittinen also wrote a post on the PlayStation Blog: „Today is a big day for Housemarque and it has been over 26 years in the making. Our strong partnership with Sony Interactive Entertainment started with Super Stardust HD on PlayStation 3 and since then we have made arcade-inspired games for all of the PlayStation platforms. With Returnal for PlayStation 5, our most recent release, our biggest foray into third-person action gaming solidified our voice and brand in the industry as delivering unique and quality player experiences.

We are so excited to finally join the PlayStation Studios family! This gives our studio a clear future and a stable opportunity to continue delivering on gameplay centric approaches, while still experimenting with new methods of narrative delivery and pushing the boundaries of this modern art form. Locally here in Helsinki, this also means that we will officially expand the PlayStation family to a growing industry hub and secure the legacy of the oldest game studio in Finland.

Finally, what this means for our fans? We at Housemarque are gamers, and we have grown from the need to perfect and tinker with facets of games that we have found most fascinating. We are also not known for shying away from running our course and trying out new combinations. With the backing of Sony Interactive Entertainment and its family of studios supporting us, we can truly grow into our place in the industry and show what Housemarque can create with no limitations. We can’t wait to show everyone what will be in store in the upcoming years, and we hope to usher in more lasting memories and exhilarating titles for the next quarter-century and beyond,” Kuittinen wrote.

Hulst and Kuittinen were also interviewed by GQ and here, the head of PlayStation Studios has effectively said that they are not in an arms race, which is a jab at Microsoft’s acquisition spree: „We’re very selective about the developers that we bring in. Our last new acquisition before Housemarque was Insomniac [for $229 million in 2019], which has worked out very well. I’m always looking for people that have a similar set of values, similar creative ambitions and work very well with our team that we can further invest in and help grow as creators. It’s not like we’re going around and just making random acquisitions.

They’re very, very targeted acquisitions of teams that we know well. The amount of collaboration between our external development group and Housemarque on the technical side, the production management side and even on the creative side has been so deep. So for us, it just makes so much sense to do that. This is not something you do overnight. Ilari and my team have been working on this for quite a while, but we didn’t want to distract the core group at Housemarque that’s been working to get this amazing title out,” Hulst said.

But wait, what’s that (Too?) in the title? Well, PlayStation’s official Japanese Twitter account has posted the second image below, welcoming Bluepoint Games, the devs of the Demon’s Souls remake, to the PlayStation Studios family. The tweet got wiped since. But it means that there might be another announcement coming shortly… 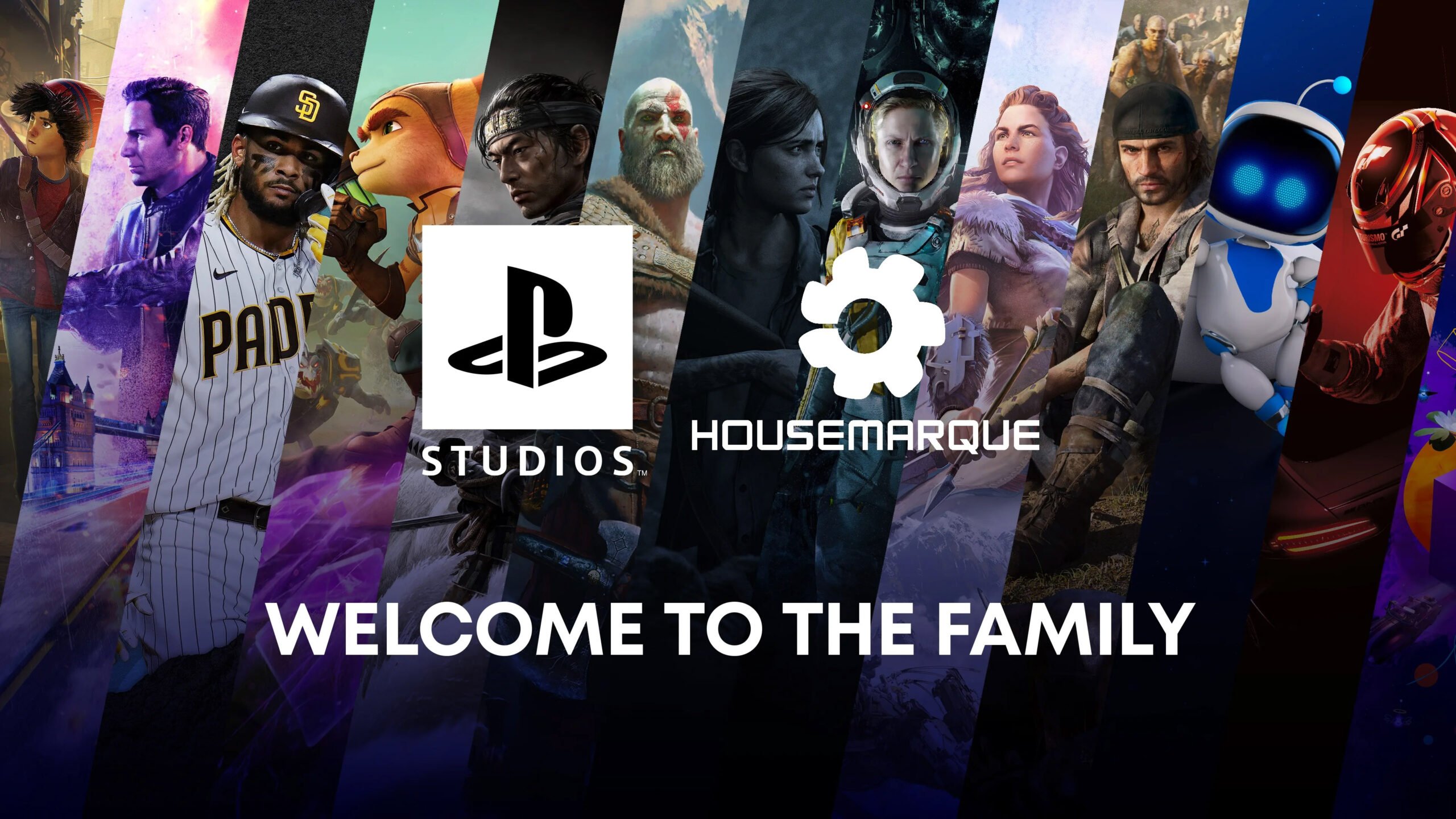 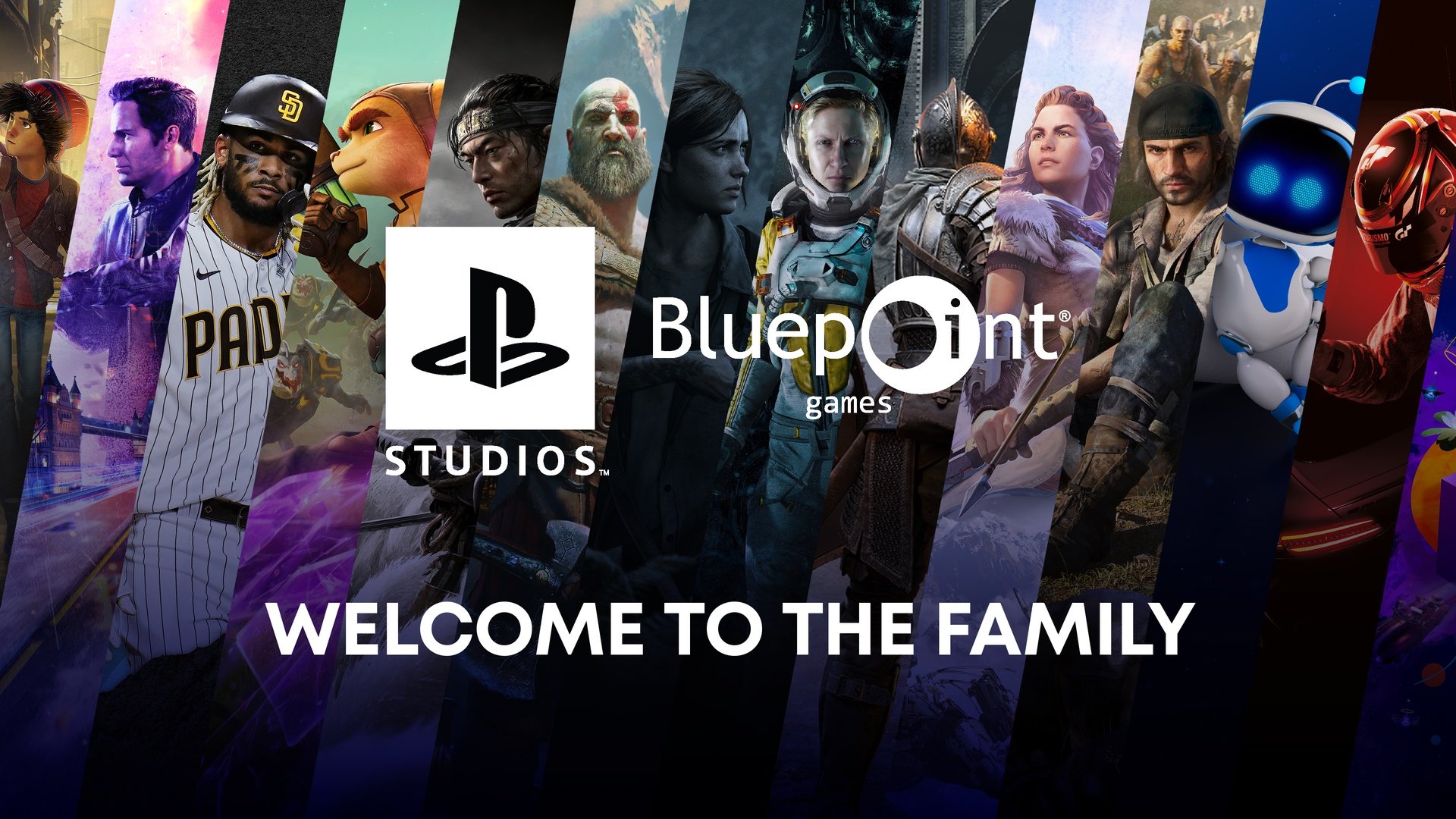