PlayStation 5: The New Firmware Will Bring In M.2 SSD Support! The new Sony beta system software lets you connect an M.2 SSD to your PlayStation 5 console. So nearly nine months after launch, we’ll finally have the chance to add more storage to PlayStation 5.

The firmware is bringing a ridiculous amount of changes (and if we listed them all, we’d be here for another three or four pages), but the most important addition is the support of external M.2 NVMe SSD-s. „You can use PCle 4.0 M.2 SSDs with a capacity of 250 GB minimum and 4 TB maximum.

Here are some additional details on what SSD you will need: „Interface: PCIe Gen4 x4 M.2 NVMe SSD […] Cooling structure: Using an M.2 SSD with your PlayStation 5 console requires effective heat dissipation with a cooling structure, such as a heatsink. You can attach one to your M.2 SSD yourself, either in a single-sided format, or double-sided format. There are also M.2 SSDs that have cooling structures (such as heatsinks) built-in. Sequential read speed: 5,500MB/s or faster is recommended.

It won’t be cheap. At least the new firmware will bring 3D audio support via your TV, too. PlayStation Now can be 720p or 1080p, and the cross-gen games’ separate versions will be displayed in the menu separately. 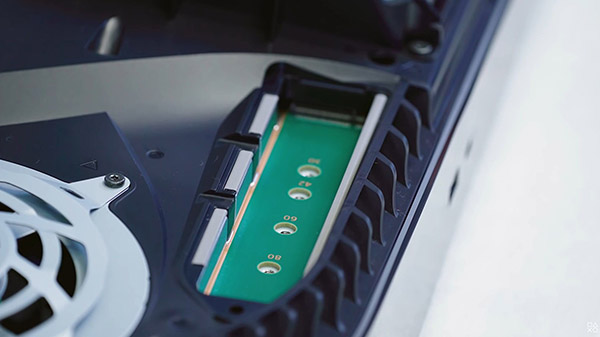