Just barely a month ago, EA finally announced that a Dead Space Remake is in the works, and with that, we got a fancy CGI trailer, but now EA Motive had a development stream to show us a tiny bit more of the remake.

EA has been going through a bit of a phase, where it seems that the success of Star Wars Jedi: Fallen Order gave EA the confidence to do more Single Player narrative games and not just do the usual yearly multiplayer franchises – or sports games.

On the 22nd of July 2021, EA announced that a Dead Space Remake is in the works by EA Motive  (Makers of Star Wars Squadron), but unfortunately, besides the CGI trailer and the eerie lullaby song returning, we did not get too much. However, on the 31st of August 2021 – EA Motive did a development stream to show some very (highlighted by the devs, this is not meant to be a gameplay reveal) early footage of the game.

The game is being rebuilt from the ground up using the Frostbite engine, and one of the early comparisons show just how much detail is being added compared to the original game’s Xbox 360 version. This is not just a simple HD Remaster, and it is genuinely looking like a full-blown remaster, similar to Resident Evil 2 remake released a couple of years ago. The developers showed a picture of the same environment: 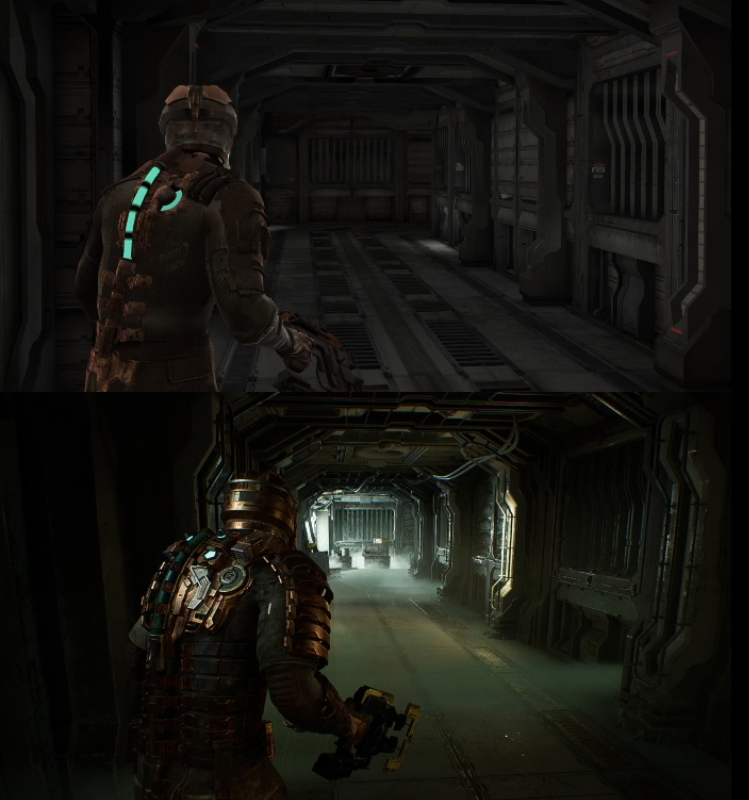 Combat is also being upgraded, where the Necromorphs’ damage is shown more viscerally; guts and bones can be revealed by shooting the flesh off of them. Some weapons are going to be better at peeling, while others will still outright dismember the limbs.

Another part of the reveal was compared to the original Dead Space 1; the protagonist Isaac Clarke will be voiced by Gunner Wright, who was the original voice actor for the character in Dead Space 2 and 3. He will not be chatty, though, and EA Motive revealed some of the ground rules: Isaac will only speak when spoken to, and he will sometimes speak in a situation where “it would feel weird if he remained silent.”

The story is getting expanded to accommodate the sequels, and also, Zero-G sections are getting a rework for the remake by adding 360 movements and improved physics.

Finally, there will be no microtransactions, and it will be a purely single-player experience

Dead Space Remake currently has no release date (with possible hints of being released at the end of 2022 if all goes according to plan) and will be available on PlayStation 5, Xbox Series X/S, and PC. You can also view the entire development stream here on the following link: