Konami has messed up big time with PES. The players didn’t welcome the new football game (that no longer runs under the PES name) with open arms. The new model brought new faces, but we wish it didn’t happen…

The free-to-play game launched incompletely, but Konami openly admitted that they would develop the game over time. PCGamer’s article at the time of its writing had 4842 Steam reviews, with 91% of them being negative, dumping eFootball into the territory of “overwhelmingly negative” on Valve’s digital storefront.

Electronic Arts is likely chuckling at Konami’s situation because they might capitalize with FIFA 22. However, while the PlayStation 5, the Xbox Series, and even the Google Stadia (!?) are getting next-gen improvements, the publisher doesn’t care about the PC users. After FIFA 21, another game is getting an outdated version for football fans with powerful computers. So they have to either choose from an obsolete version of a game or pick a free-to-play one with… quite a few weird faces. We aren’t joking; the images speak for themselves below.

If we look at the footballers from afar (which is what we do most of the time: broadcasts don’t tend to show the players from ten feet away all the time…), you won’t notice how their facial expressions are busted. However, you can’t get away from those close-up shots, resulting in seeing Ronaldo trying to stuff an imaginary corn cob down his throat or Messi looking like he’s… relatively high. (And the crowd deserves mention, too. Or an exorcism. Apage Satanas!)

Konami’s plan might be backfiring here: releasing eFootball in an unfinished state may not have been the best move, even if they claim the game will become a serious title over time. But if they release it in such a shoddy state, they will have a tough job to bring it back to a good reputation. We’ve seen such examples (No Man’s Sky is one), but if you are a publisher that the players don’t like that much, you’re making your job harder! 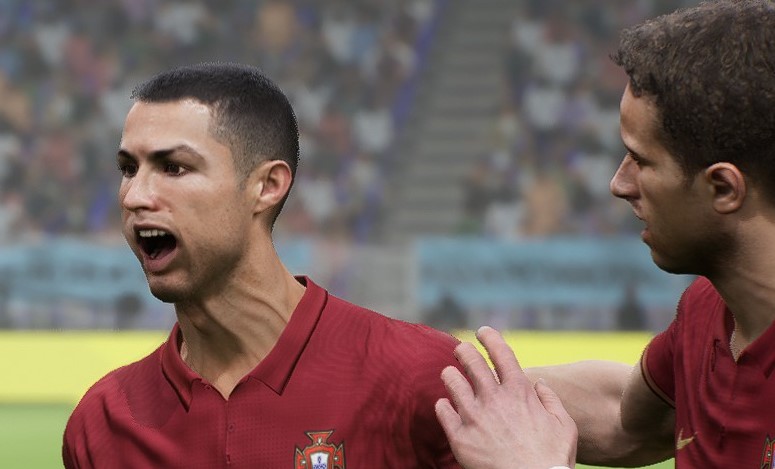 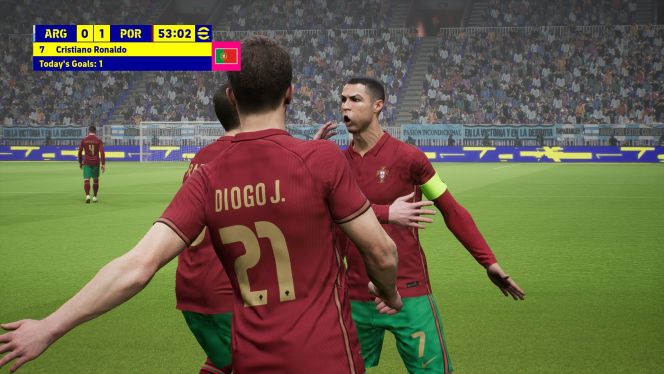 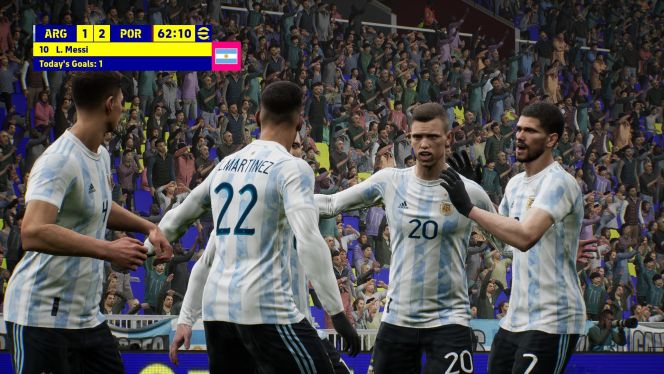 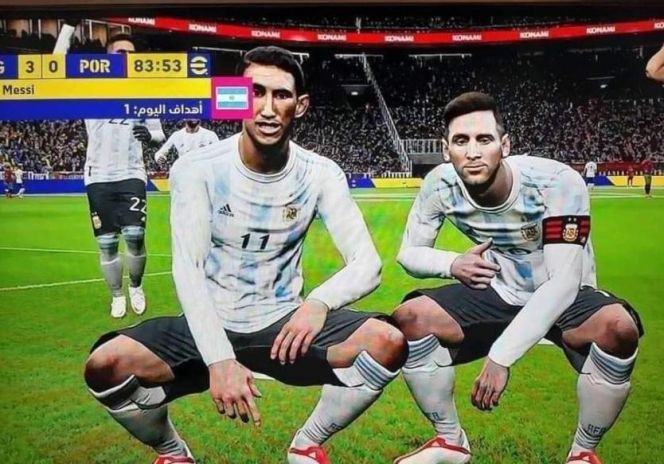 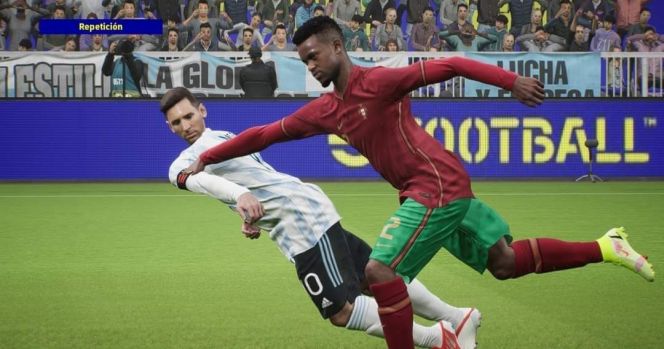 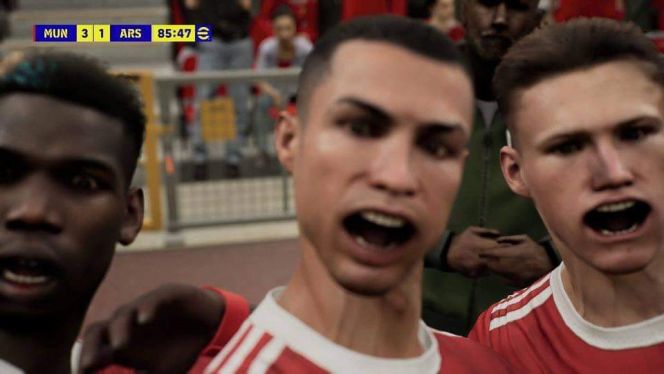 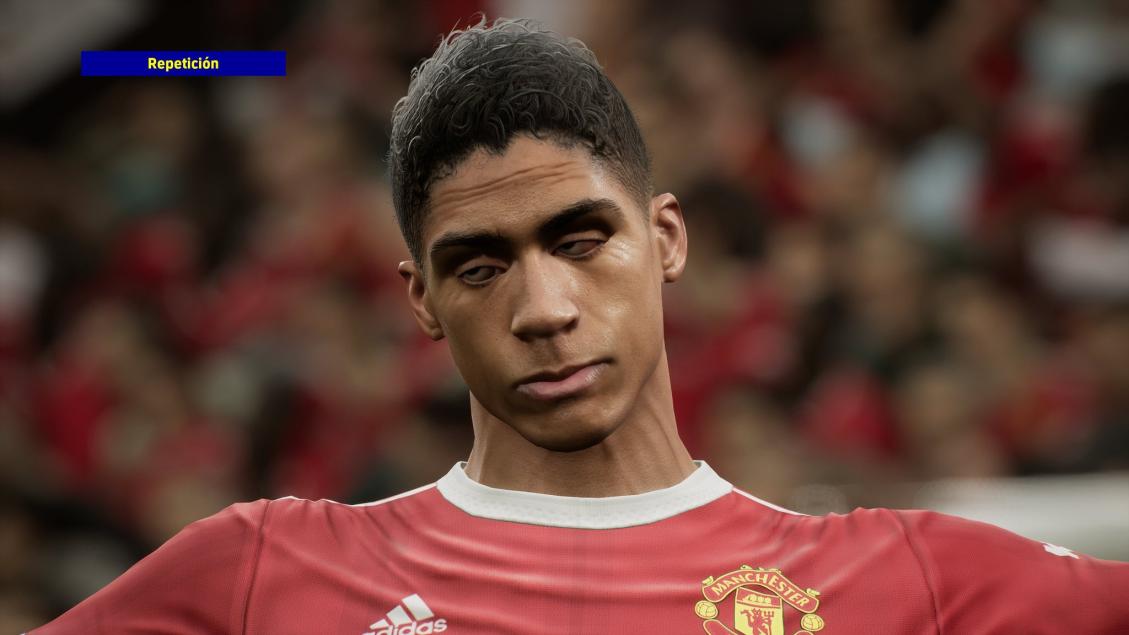