Stefanie Joosten Will Star In Vengeance Is Mine And Wanted: Dead, But Her Role Is Still Unknown 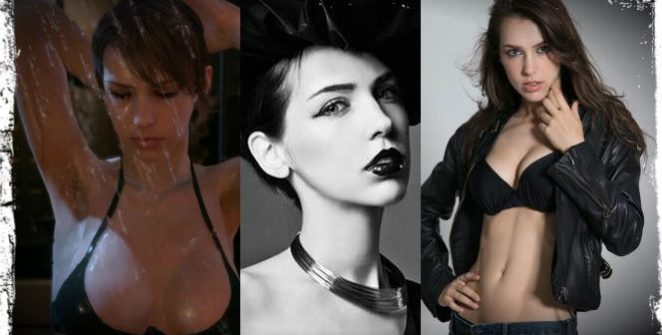 We already know that Stefanie Joosten is talented, as she was Quiet in Metal Gear Solid V, and now she’s bringing her skills to both 110 Industries projects, Vengeance Is Mine and Wanted: Dead.

Announced at Tokyo Game Show 2021, 110 Industries the news that Stefanie Joosten will be the creative director of Vengeance is Mine and director of scenes for Wanted: Dead. However, the actress will not be completely tied down to her directorial duties, as it has been revealed that she will be starring in both titles.

Not much is known about Stefanie’s role at the moment, but the following is what has been said about her:

“We are very excited to have Stefanie on board,” said Sergei Kolobashkin, founder and chief creative officer of 110 Industries. “Her experience working with Japanese companies is just what we were looking for. She has risen as a professional globally.”

So at the moment, we don’t know exactly what roles Joosten has been given at 110 Industries. “The characters that Stefanie will play will be kept secret for now, but stay tuned for more information in future updates on these intriguing worlds and the fascinating people who inhabit them,” – reads an official statement from the studio.

Vengeance is Mine will also be an adventure in which you manipulate time by controlling a pacing mech, while Wanted: Dead will be a hack and slash melee action game. Both are coming to PS5, Xbox Series X and PC. 110 Industries also announced a game called Red Goes Faster, which will feature intergalactic racing.