REVIEW – Nearly five years after the first game, here’s the sequel, Ori And The Will Of The Wisps which had a lot of pressure on it, because an indie project that suddenly gets successful will get a lot of attention, and the expectations are high. Yet, Moon Studios managed to create a memorable title after years of work on the game.

When an Xbox-exclusive game makes its way onto the Nintendo Switch, it only confirms that Microsoft and Nintendo have a good relationship. An Xbox One or a PC can be considered more powerful than the Nintendo Switch (and it doesn’t matter which model, because the new OLED version has the same ‘guts’; it just comes with a bigger and nicer-looking display, plus a LAN port on the dock), so it was somewhat expected that there would be compromises in terms of performance. It’s not noticeable on the frame rate, though. 60 FPS. Amazingly, they achieved it, but the resolution itself is not that great. I would say that the rating is justified in the end. The story is mostly about you chasing power to grow stronger, plus there’s an owl named Ku. But you’ll say a thing or two in anger by the time you get to end the plot because Ori and the Will of the Wisps is a Metroidvania that doesn’t give itself in that easily to the player. The first game wasn’t easy, and it also applies to the sequel. The single and double jumps, the gliding, the rolls, and hanging onto objects – these are moves that you need to perfect fairly quickly, and you’ll have to use some fine combinations of these moves. However, you don’t need to sacrifice energy this time to save your progress, as this system has been replaced by checkpoints, which only get activated if you hit these points on the map. (It sounds a bit like I Wanna Be The Guy, which is effectively the same game without beauty and more of Kaizo-like gameplay.) Of course, there are no checkpoints in every possible location. When you have to escape, because yes, these segments make a return, then you’ll have to rely on your skills. The pleasure and the elegance of the game lie here – when you get the rhythm of the game down, it feels incredible. Sure, the escaping parts are not as hard as in Ori and the Blind Forest’ sequences, but you’ll have a challenge here as well.

And the game won’t hold your hand for too much – it will get the basics at the start of the game, as expected by the genre -, so you will have to rely on your experience and hunch to figure out which direction you need to take to progress without getting stuck. On the map, the grey areas could be helping you, but I won’t, as the challenge should be present. The forest is waiting for the player, and since all regions feel entirely different, Ori And The Will Of The Wisps is going to feel extremely refreshing, plus you will have to fight the enemies here and there. Thankfully, you can roll the weapon wheel fairly quickly on the fly to have the move that fits the situation the best – and due to chasing power, our little character is going to be capable of doing bigger moves as well. And you can also improve them with the spirit shards, or, if you want to go somewhat defensive, then you can upgrade Ori’s abilities as well. For example, you can shoot projectiles faster, or you can go for taking less damage – it could be a really good alternative for the platformer kings, especially against the bosses, as yes, there are bosses, too. 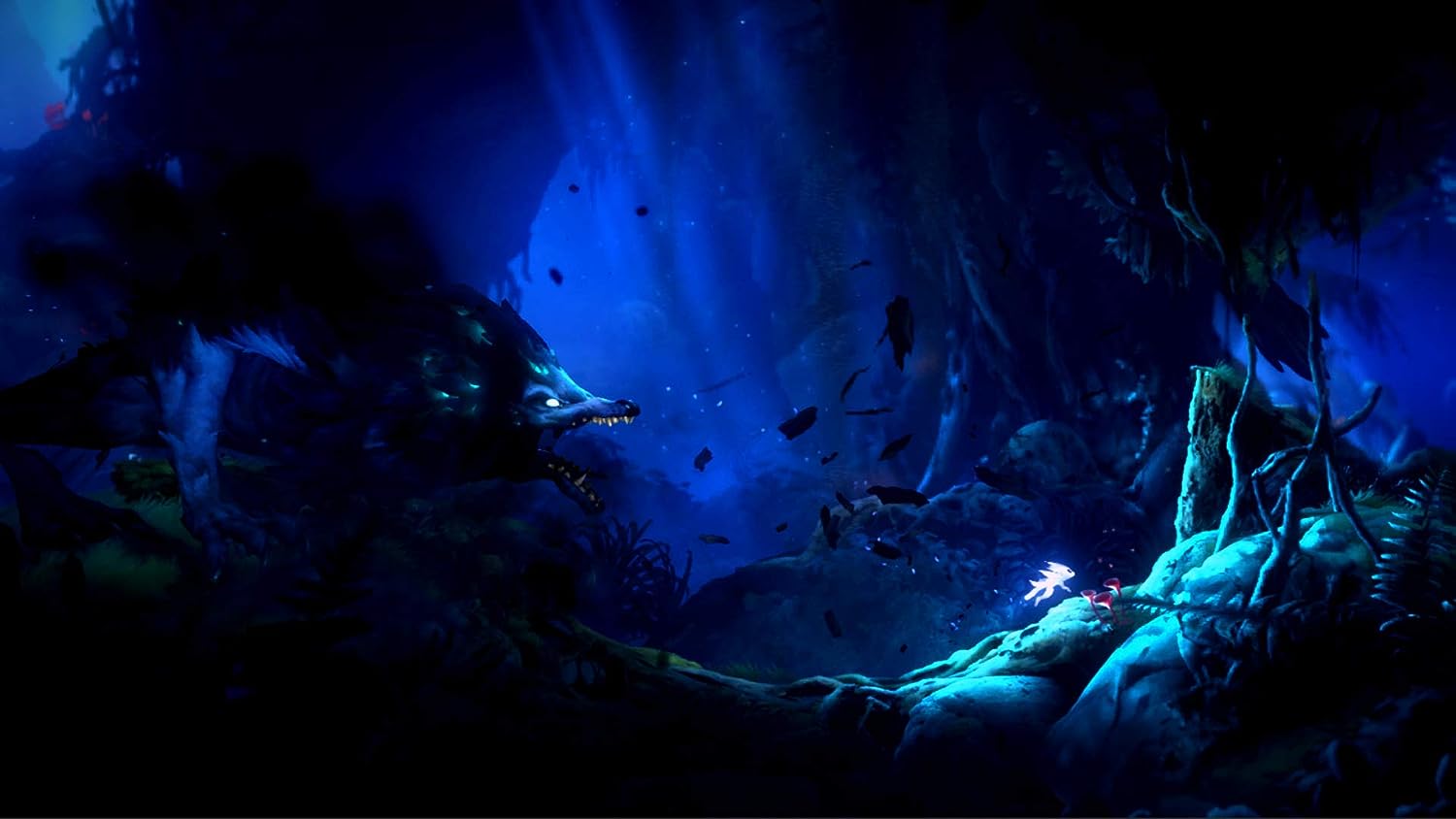 So Ori And The Will Of The Wisps has RPG elements (because the openness on how you approach improving Ori’s abilities does sound like that to me), and they will come in handy when you get to the boss fights. If you can’t damage them that much, then it might not be your fault or stupidity – perhaps you have come unprepared, and you should take another shot later when everything is in place to win. And I think this is one of the beautiful points of the game: sometimes it’s worth going to another direction, as it might be the best approach to your current situation.

And I also appreciate how the system requirements lie. What do I mean by this? Well, Steam’s minimum system requirements list Windows 10 as the required operating system. That’s not true. Even the developer himself confirmed that it will run on older OSes as well, and I can confirm: Ori And The Will Of The Wisps runs on Windows 7. (I’m not going to upgrade on a six-year-old machine, what’s the point?) And this is one of the biggest successes of Ori And The Will Of The Wisps: Microsoft doesn’t force you to upgrade (Halo 2 in 2007 needed Windows Vista, which was far less used than Windows XP…), so the common sense has defeated the required upgrade. And the game does launch on your system language to boot.

I haven’t even mentioned that the graphics are outstanding. They are fascinating – the way the game looks is charming. Moon Studios already put the bar high with Ori and the Blind Forest, but here, they managed to raise it even higher with the Unity engine they used, and the animations are also beautiful. The soundtrack also has no weak points. In a good manner, it blends into the background, and if you want to replay the game – and you will, undoubtedly -, then the game will show new things.

Ori And The Will Of The Wisps ends with a 9 out of 10 (and due to the impressive Switch port, it even gets a somewhat higher score). It is a memorable, must-have game. You don’t need to get an Xbox One to play this game. You can also get it via the Xbox Game Pass, but if you are on an older OS, you can pick Moon Studios’ creation up from Steam as well. I am serious when I say this is a recommended purchase. Those who like Metroidvania and platformer games will likely barely find any big issues. It’s probably still a niche game, and it’s a bit easier here and there than Ori and the Blind Forest. It’s a 9/10, but it’s a well-deserved 9.

+ It surpassed the predecessor in almost every aspect
+ It got a bit more RPG-y, allowing you to upgrade depending on your playstyle
+ It’s somewhat easier (and it runs on older Windows OSes too)

– …but making it easier might not suit everyone
– I still believe that it’s a niche game, sadly
– I can’t say a third thing, that rating says it all… perhaps the story?

Ori And The Will Of The Wisps

A round of standing applause for Moon Studios

User Rating: Be the first one !
Spread the love
Tweet
Tagged MicrosoftMoon StudiosNintendo SwitchOri And The Will Of The WispsPCXbox One