Rockstar apologized for the inconvenience via their status website with a pretty PR statement: “We sincerely apologize for the inconvenience. We are also working to improve and update overall performance as we move forward. We would like to thank everyone for their patience as we resolve these issues.” (Hopefully, Grove Street Games, the team responsible for the shoddy efforts, got a kick or two (?) in the butt… and Rockstar laughingly went to the bank to collect the profits for the re-releases, which presumably didn’t require much work).

We wrote the other day about how the PC port of the trilogy is doing on Metacritic, but we’re not kidding: it has since got a worse average user score. It’s now at 2981 reviews, and on a scale of 0-10, a low 0.5 for the modernized versions of the three games, which have caused many great mods to leave the internet because Take-Two and Rockstar have not been able to accept the fact that modders have put a lot more love and work into the three Grand Theft Auto games than Grove Street Games has.

And we’re not just saying that because we’re feeling angry, we’re saying it because it’s a fact: modders have now started to fix the painful-looking rain in Grand Theft Auto: The Trilogy – Definitive Edition, for example. In the picture after the sentence, you can see a before and after state. The mod makes the milky-looking rain look like natural precipitation and doesn’t interfere with what we (don’t) see below.

The mod can be downloaded for free on the GTATrilogyMods Patreon, so you won’t, for example, have the rain disappear in spades when it falls on water. Compared to version 1.1, 1.2 might be more serious, but we’ll have to pay for it. On the GTAForums, the better rain effect is being made for Grand Theft Auto III, not to mention the mods for Busted!, Wasted!, and other menu screens that look quite… mobile in their original form in the Degenerate Definitive Edition. And a Brazilian site, mixmods, has a mod where you can get transparent rain for all three games (unless Take-Two comes again and threatens to remove everything).

Mods are being made by the thousands: a complete radio restoration (if they’ve already put the OGG files of all the songs in the PC version, why not?)> removing the white outline from the targetted pedestrians; and for Grove Street gang members wearing a jersey with numbers 3, 5 or 9, there won’t be a 7 outline… but why do the modders have to do all this work!? 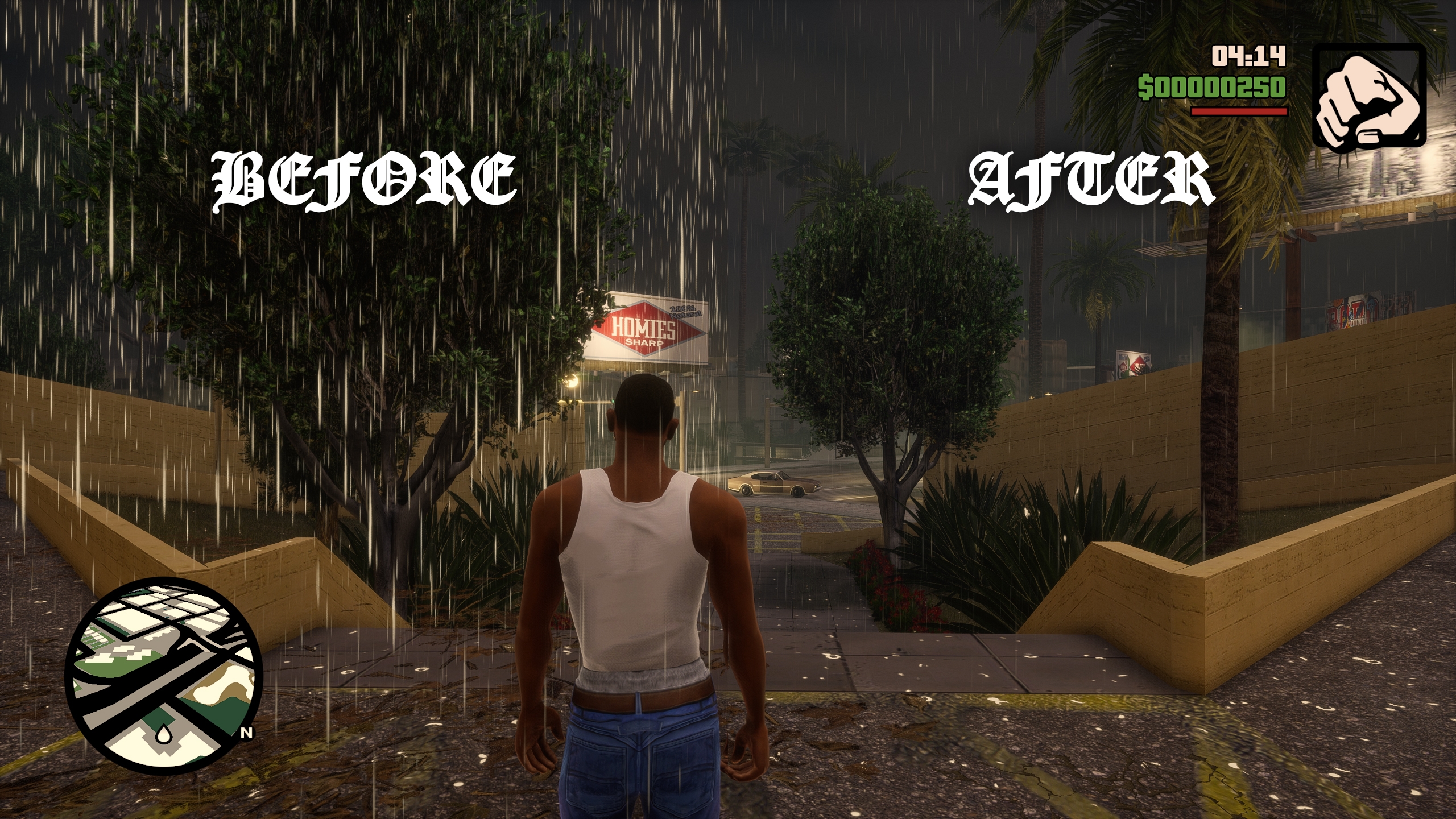