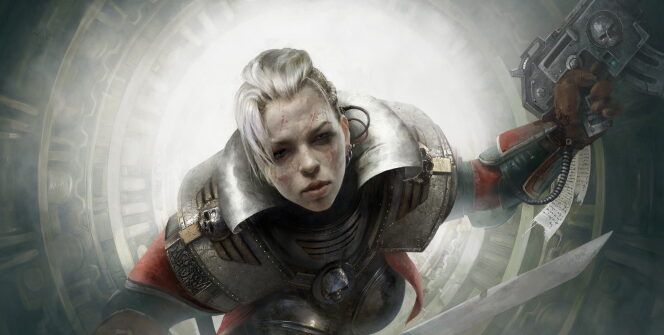 A lot is going on behind the curtains of the development of Hungarian Warhammer 40,000 ARPG Inquisitor – Martyr…

After a long wait, fans of Warhammer 40,000: Inquisitor – Martyr, the action RPG developed by Hungarian developer NeocoreGames, can breathe a sigh of relief: after two years, a new class-DLC is coming in 2022.

And if that wasn’t enough news to cheer you up, the new (now fourth) Season was launched on December 8th – let’s see the details!

Sororitas DLC – lead a holy Battle Sister into the war!

Yes, the new addition will offer exactly what you’d expect: a battle sister of Adepta Sororitas to join the four existing character classes. For those of you who are just a little familiar with the Warhammer 40,000 universe, these legendary warriors will obviously need no introduction, but for the rest of us, the Sisters of Battle are the military wing of the Adepta Sororitas, a unique all-female organisation of the Empire, officially under the jurisdiction of the Imperial Ecclesiarchy, known for their unyielding faith and fanatical frenzy.

Translating this into Inquisitor – Martyr language, the new character will be a special ‘tank’, powerful in both close and long-range combat, with mainly fire-based and blessed weapons and, of course, class-specific special abilities, called ‘Acts of Faith’. These will presumably act as a sort of aura (see Diablo 2’s Paladin) that will support and protect others in cooperative play, in addition to your own character.

In addition, we can customise our character with passive abilities (Sacred Rites) and, if all is true, we will be able to experience the miraculous transformation where the spirit of the God-Emperor possess our character and turn him into a ‘Living Saint’ – if his faith, purity and loyalty are beyond doubt, of course…

The Sororitas DLC is scheduled for release sometime in 2022, first on PC and then on consoles. Season of the Empyrean Echoes

Although we still have to wait for the Inquisitor – Martyr add-on, the latest Season has already started! The event, called Empyrean Echoes, will see our defeated enemies, by the machinations of the Immaterium, return to reality (and, of course, to the most challenging moments of our missions) as vengeful revenants, “echoes” to make things more complicated for us.

In return, we get more powerful buffs, weapons and equipment than ever before, along with a new Void Crusade and special missions. In addition, the Purge missions have been reworked to give players a damage and XP bonus to motivate them to butcher more efficiently, and the Killstreak system and Unholy Cathedral have been revamped to make the experience more enjoyable.

A list of changes and bug fixes for the Season and the associated patch can be found here.