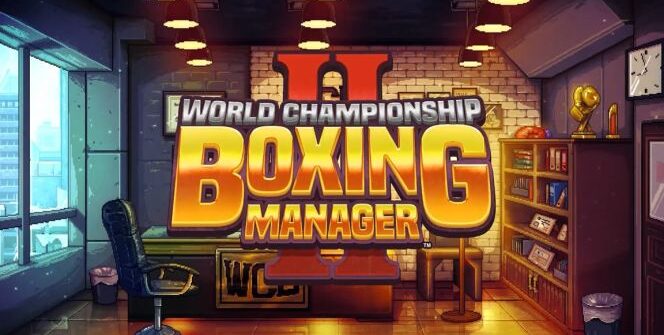 Mega Cat Studios is developing World Championship Boxing Manager II. Ziggurat Interactive will publish it shortly. The PC version now has a closed beta testing offer; you can try joining by clicking here. You will get a free copy of the game when it launches if you get in.

The first game launched in 1990, so we had to wait a hot minute for the sequel to arrive. Better late than never? The publisher provided the following overview: „World Championship Boxing Manager 2 is the official sequel to 1990’s highly regarded World Championship Boxing Manager and will offer players a winning one-two punch of business tycoon and boxing simulation gameplay. This iteration not only captures the essence of the original but expands upon it, offering updated visuals, deeper gameplay with RPG-like skill selection, and new characters based on former pro boxers Rocky Marciano and Sugar Ray Robinson.

World Championship Boxing Manager 2 features retro-tastic 32-bit styled visuals and modernize the series by adding dynamic lighting, a tighter boxing simulation engine, an updated interface, and more fights than you can shake your glove at! The boxing world is at your fingertips in this deeply detailed and outrageously entertaining sports management simulation. Enlist competitive fighters, recruit top-notch staff, and ride the hype train to endorsement city! Watch it all play out in the ring as your fighter takes the throne…or takes a fall.

World Championship Boxing Manager 2 adds a stadium’s worth of new features via Twitch integration for streamers. Various features allow a streamer’s chat to activate multiple in-game effects. For example, “Viewer Controlled Crowds” can push the in-game crowd to perform cheers, chants, or animations like “the wave.” Similarly, audience members can buff or debuff the streamer’s (or the opponent’s) stats and strategies!

[…] A Story Mode with branching paths adds replayability and encourages players to take on the challenges in their way. An extensive skills point system lets players build the pugilist of their dreams. Be it a hard-hitting ring king, a one-punch wonder, or a super stamina warrior of the knock-down-drag-out fight, it’s up to the player to create a training path to victory. An in-depth tutorial system for teaching newcomers to boxing what it’s all about. A complete hiring system lets players ensure they have the best training team (and business managers) for their fighters — even if some of that staff might be a little unorthodox. […] Jam-packed with the humour, heart, and personality that made the original game so popular!” the overview says.